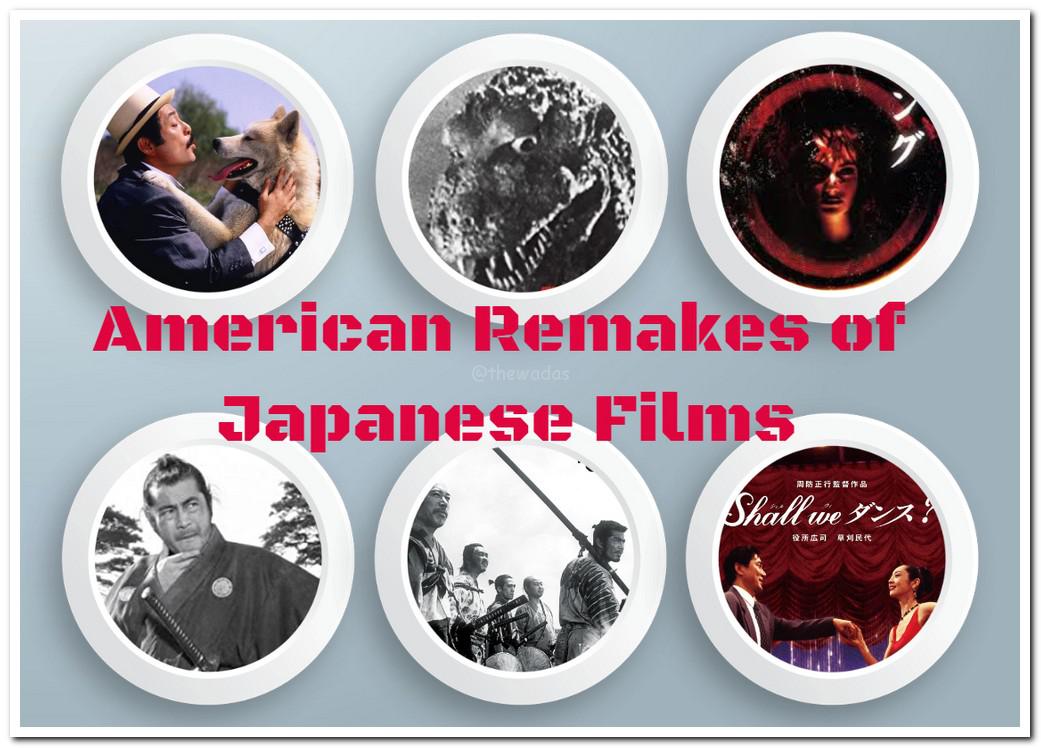 Hi there. It’s Mr. Wada back on duty. I would like to introduce some American remakes of Japanese films.

One of the most known Japanese horror films seemed to have been accepted positively by American audience. A sequel was even made in 2005.

The very first Godzilla was made in black and white in the 50’s yet he is still alive in the 21st century (Shin Godzilla that is the first film made in the 2010’s made the biggest sales among its series in Japan). In the US though the first  remake was made in 1998 which was more like a Jurassic Park. However, from 2014 it rebooted as a part of Monsterverse with better CGI animation and concept.

if you would like to see how it is like to move into a haunted house in Japan, this is it. The child ghost creeps me out…

Some films just adapted the concept with different settings. Samurai to cowboys is a big change but sounds cool.

Another cowboy film based on a master piece by a legendary director Akira Kurosawa.

Richard Gear starred the story of the most loyal doggy in history. It basically features the same loyalty the original Hachi had. FYI, a statue of Hachi stands in Shibuya, Tokyo (if ya interested).

Apparently Richard Gear is big in Japanese remakes. The main character is supposed to be dull but by Richard and Jennifer Lopez it looks totally different from the original. Well, for seeing differences is also a part of fun of remakes, isn’t it?

Based on the novel by Koji Suzuki aka the writer of Ringu. After hits of the Ring and the Grudge, American audience may have had enough of Japanese horror that it didn’t so well in the box office. Although it remains scary….

How do you find it? Hope it helps for this weekend. Hehe.