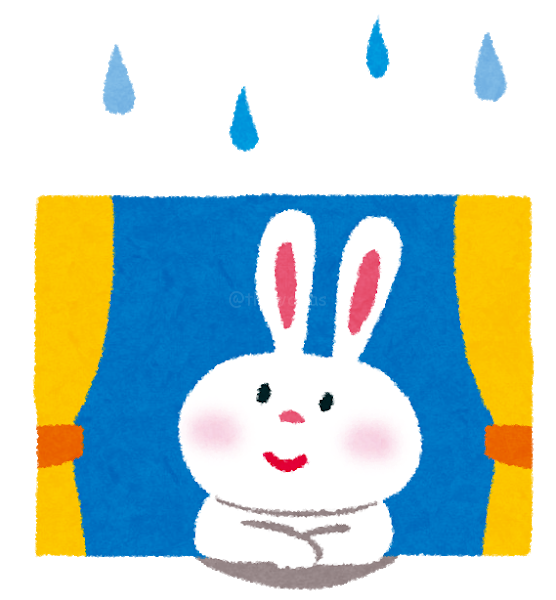 Howdy? It’s Mr. Wada back on duty. Rainy season goes through June to July in Japan. Oh, don’t get so depressed. I got you some Japanese rain songs to enjoy such a wet day. 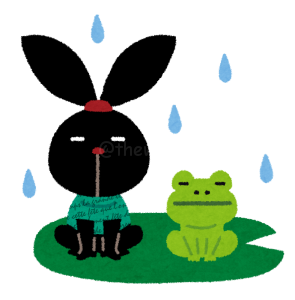 One of hit songs of a popular Enka singer. A broken-heart song, I think.

A hit song from the mid 80’s. His high-tone voice and the melody light up a dark sky..

This is a cover song originally made in the late 80’s. This cover was used in a popular animation film called The Garden of Words (by the directer who made Kimi No Na Wa (Your Name)). Its sentimental melody fits the movie quite well.

X JAPAN is a popular rock band from the 90’s. This song was one of their early songs. Unlikely their heavy metal make-up and outfit, this song is very gentle and melodious. Still loved by many fans.

He’s a member of CHAGE & ASKA, a popular duo from 80’s through 90’s. This song has been a popular rain song for a long time.

Kind of one-hit wonder from the late 90’s. However, still popular at karaoke.

It was a theme song of one of dramas on NHK in 2015. As its title Niji (rainbow) Iro (color), it may be a good song for wising for a rainbow after the rain!

One of the popular kids songs. Kinda of let-it-rain song.

The snail song. A fun factor on a rainy day is we have more chances to witness snails!

I’ve read that this song is based on a German song though. Well, can’t avoid it when it comes to frogs.

How do you find them? How do you spend on a rainy day? Share your thoughts with us in the comment!