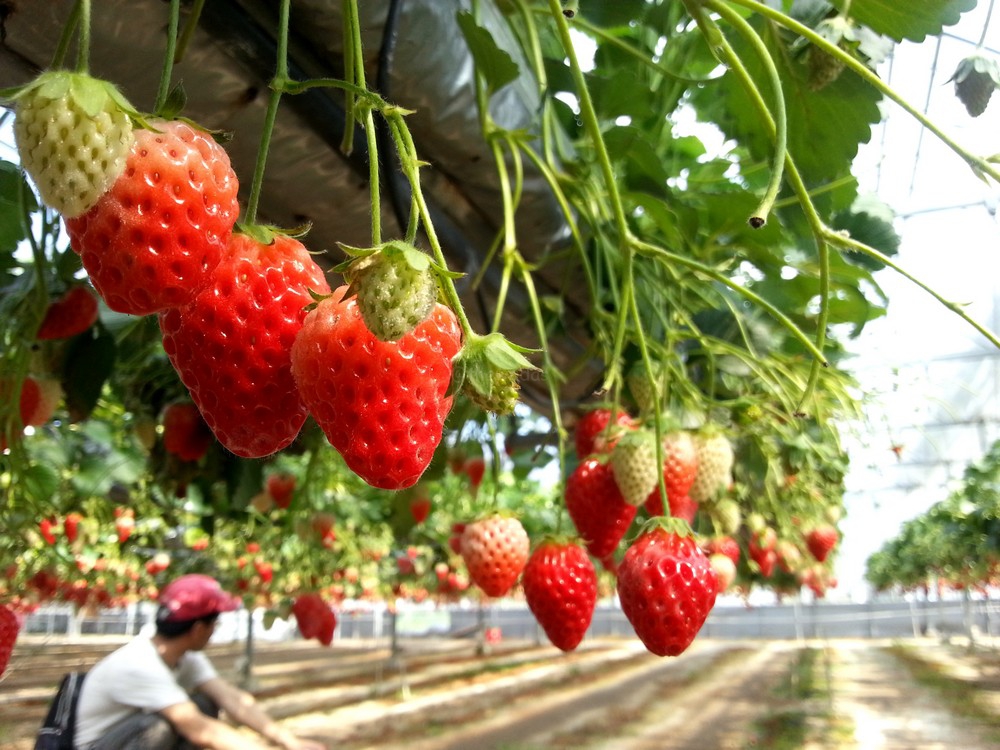 Hi, it’s Mr. Wada back on duty. Do you like fruits? (who doesn’t?) This time, I would like to share our strawberry picking experience in Okayama.

Here we come. It was rather late for its season but berries were ripe and sweet still. Available between mid-December to early June. Generally speaking, strawberry picking in Japan is available between December-June at most farms. 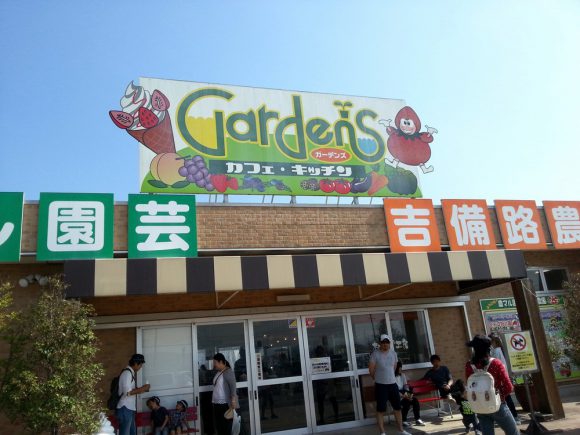 It’s interesting that they got some varieties. Some are supposedly sweeter, some have more sourness, etc. We could try to compare and taste differences. Hum hum. 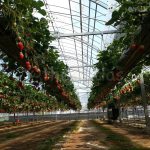 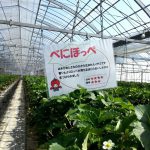 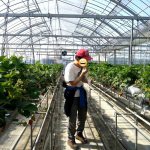 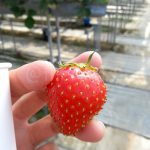 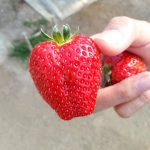 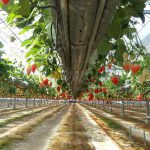 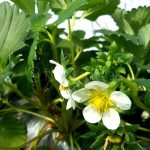 See some strawberries got powder? It is kind of a molds but totally harmless. No worries. (I thought it was sugar from berries!) 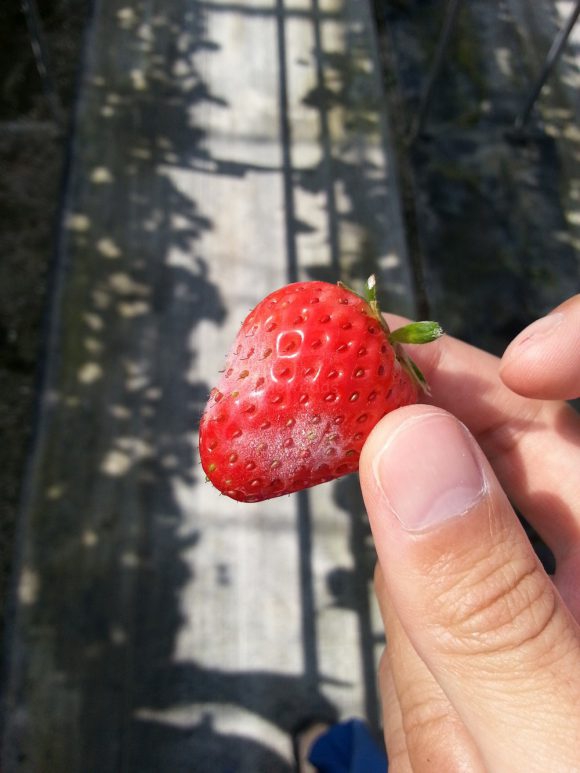 How do you find it?  Turns out, I rushed and got full very soon. You know, strawberries have so much juice. My only advice is do not rush, slow down, take your time. Check farms near you and try it before the season ends! 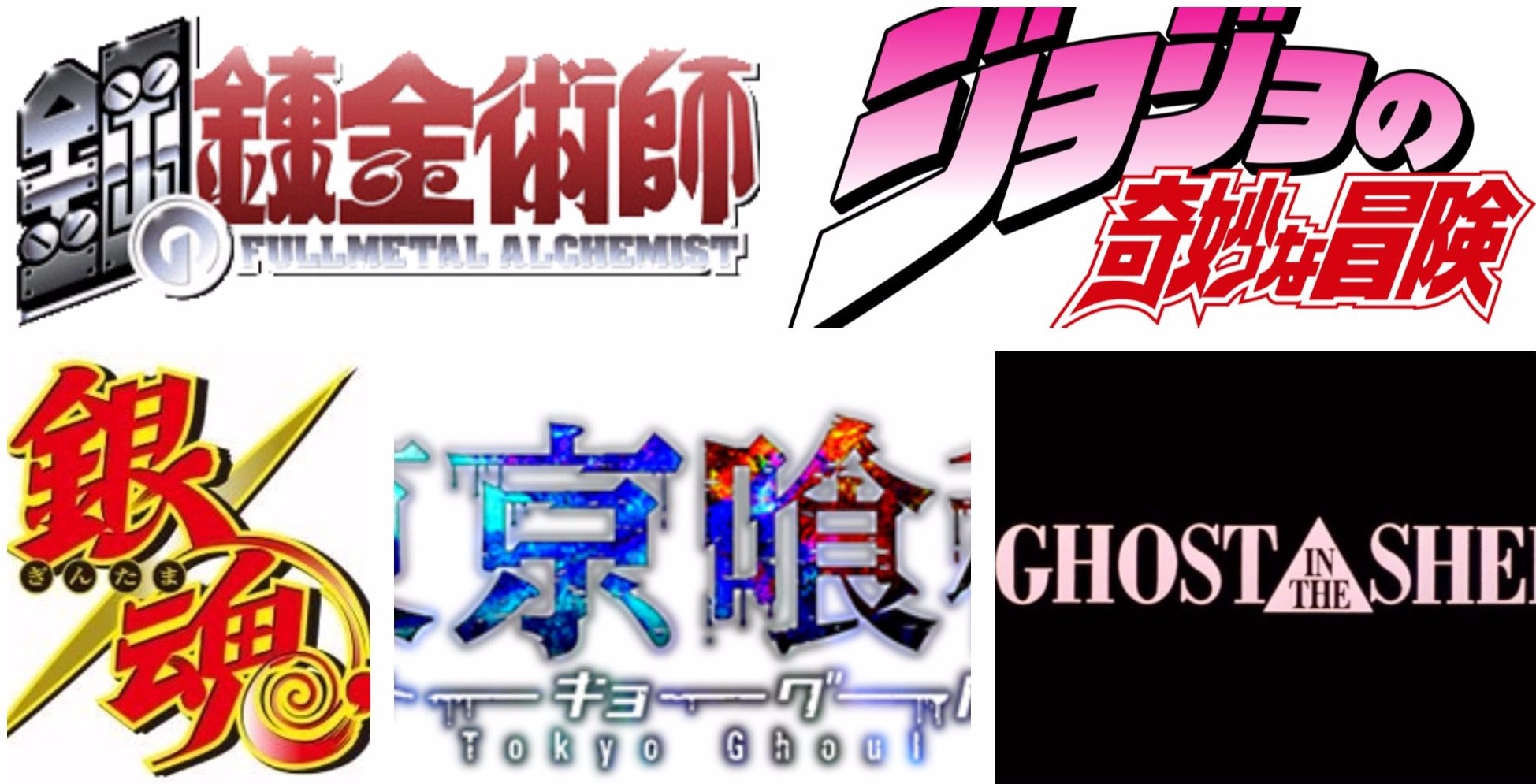 Hi there, it’s Mr. Wada back on duty. Lemme share 5 live action anime movies 2017 this time. To tell the truth, in terms of CG (computer graphics) in Japanese films, quality is like 20 years behind compared to Hollywood. Well, it’s no comparison. Hollywood got like 100 times of budget anyway. Another thing about live action anime films is that many anime characters are NOT Japanese looking. Well, they live in fantasy. But since these are made in Japan, creators and cast are Japanese as well naturally. Turns out, many films are like cosplay party! So this is kinda DON’Ts list against film creators, but since it’s all been in process, there’s nothing we can do. Here goes.

I used to read it until it moved to another magazine. Characteristic of Jojo is that each series comes with different characters and stories (though in the same world). This live action is based on its part 4, Diamond is Unbreakable which was recently made into anime. To be honest, it won’t be ‘GREAT’ since the director has a bad reputation with other anime-based films lately.
I still don’t see how this is going to show the STAND (it’s a visualized mental strength) ? Hm. We will see…

Another title from the same magazine (Jump). It is half-comedy, set in a parallel world where Samurai still exist with aliens. Characters are Asian looking but costumes are totally fantasy. However, the director seems to be known for low budget films and TV shows, so many fans seem OK with it.

Based on a popular manga. I don’t follow this but seems quite popular (and controversial). It’s about a boy in Tokyo who turns into a creature called Ghoul that devour humans but he is still half human, so he struggles not to…etc.). I wonder how violent and action will be like.

A big hit from early 2000s. Anime series went pretty good even worldwide, so there are MORE fans against it. It is set in England-alike country and characters have English names like Edward, etc. Now what? Japanese act with wigs? That’s not funny. Yellow-washed would suit this film.

Ghost in the Shell

It is a popular animation from 1995. I watched the original animation when the Matrix was out because people always would talk that the creators adapted ideas from Ghost in the Shell. Sure, I see lots of influence.

This one is made by Hollywood creators with huge budget, beside Scarlett Johansson stars, but many fans say it’s too white-washed because the main character has a Japanese name in the original animation but she isn’t even Asian in this live action. Scarlett Johansson was not meant to be? Hm. I’d feel OK though. She is supposed to be an android and she kinda looks like it in the animation, doesn’t she? (pic) People are too sensitive sometime.

That’s the 5 live action anime movies 2017. Don’t get me wrong. I am not completely negative with live action anime films but there are just too many bad ones, so I am feeling desperate whenever I hear news, then ‘ah, again’. Hope things will get better in the future.