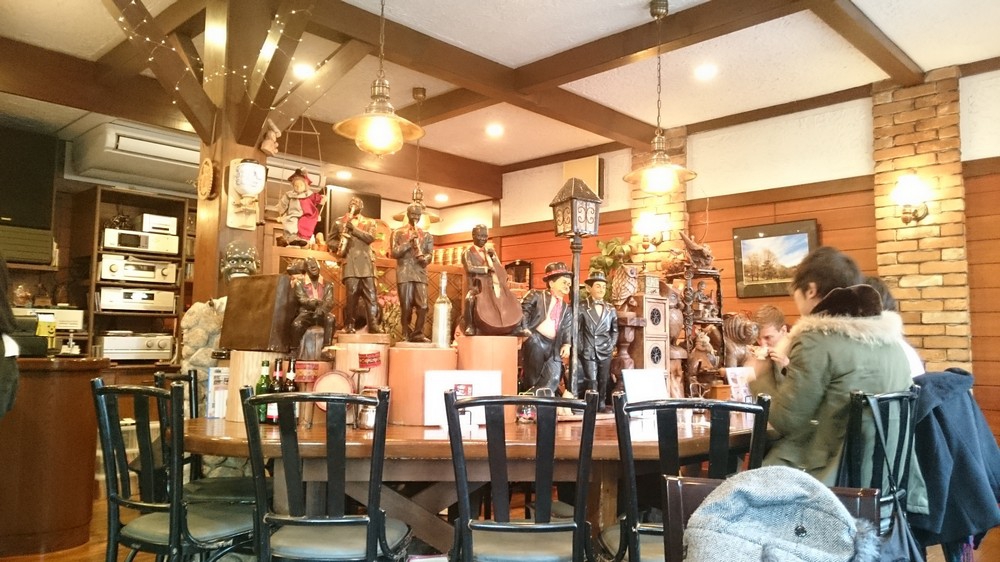 Howdy? It’s Mr. Wada back on duty. I would like to take you to a cool cafe in Kinosaki Onsen town called Coffee Shop Nova.

Nova coffee shop is located right on the main street of Kinosaki Onsen town. Walk down from the JR Kinosaki Onsen Station for a minute and here it is. You wouldn’t miss such a classy looking building. It sure got our attention and we couldn’t resist! 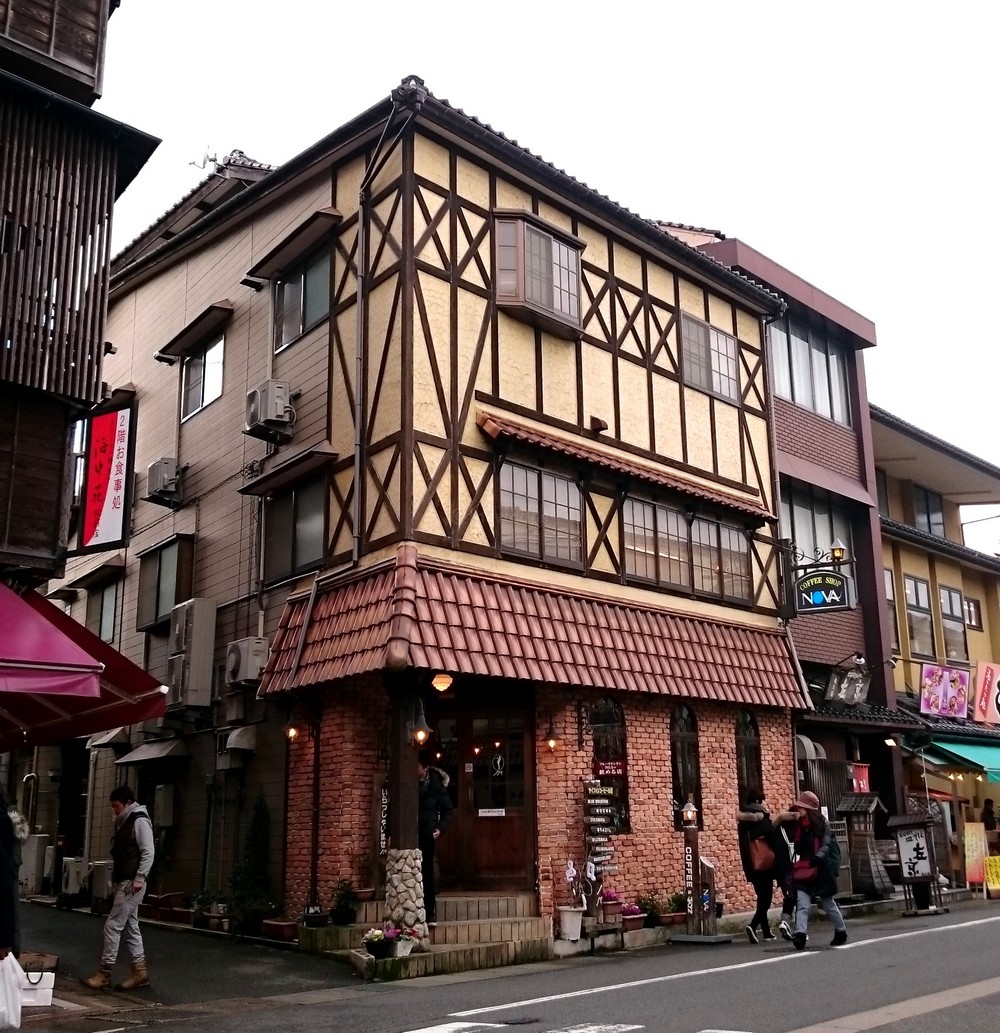 Good news, it is NON-SMOKING! (We’d been struggling to find one). For a kissaten-type like this, it seemed a little unusual. Anyway, let’s go enter. 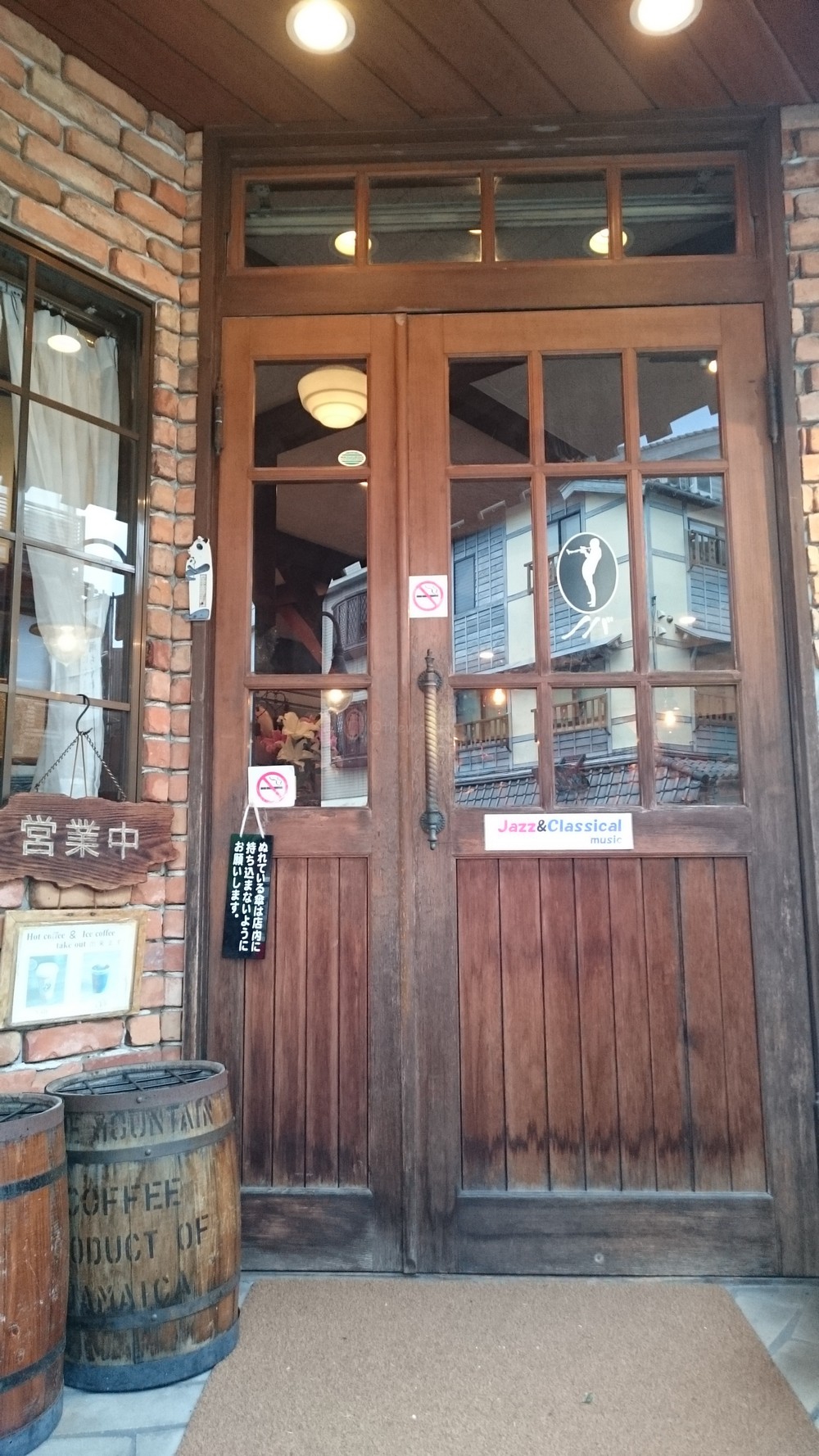 Business must’ve been going like decades. Very classy huh? Antique stuff over the store adds up extra retro-ness. Alright, what do we get? Anytime we aren’t sure, I’d get its own blend coffee which is supposed to be their best shot. And perhaps cheese cake would be it from their food menu, according to the Wadas’ experiences.

Hm….goody. Hot drinks really are savior on a cold day like this. Sugar helps to wake brain up as well (I’m just saying). Quite comfy, I’d say. I didn’t feel much pressure from employees (we normally end up staying quite long). 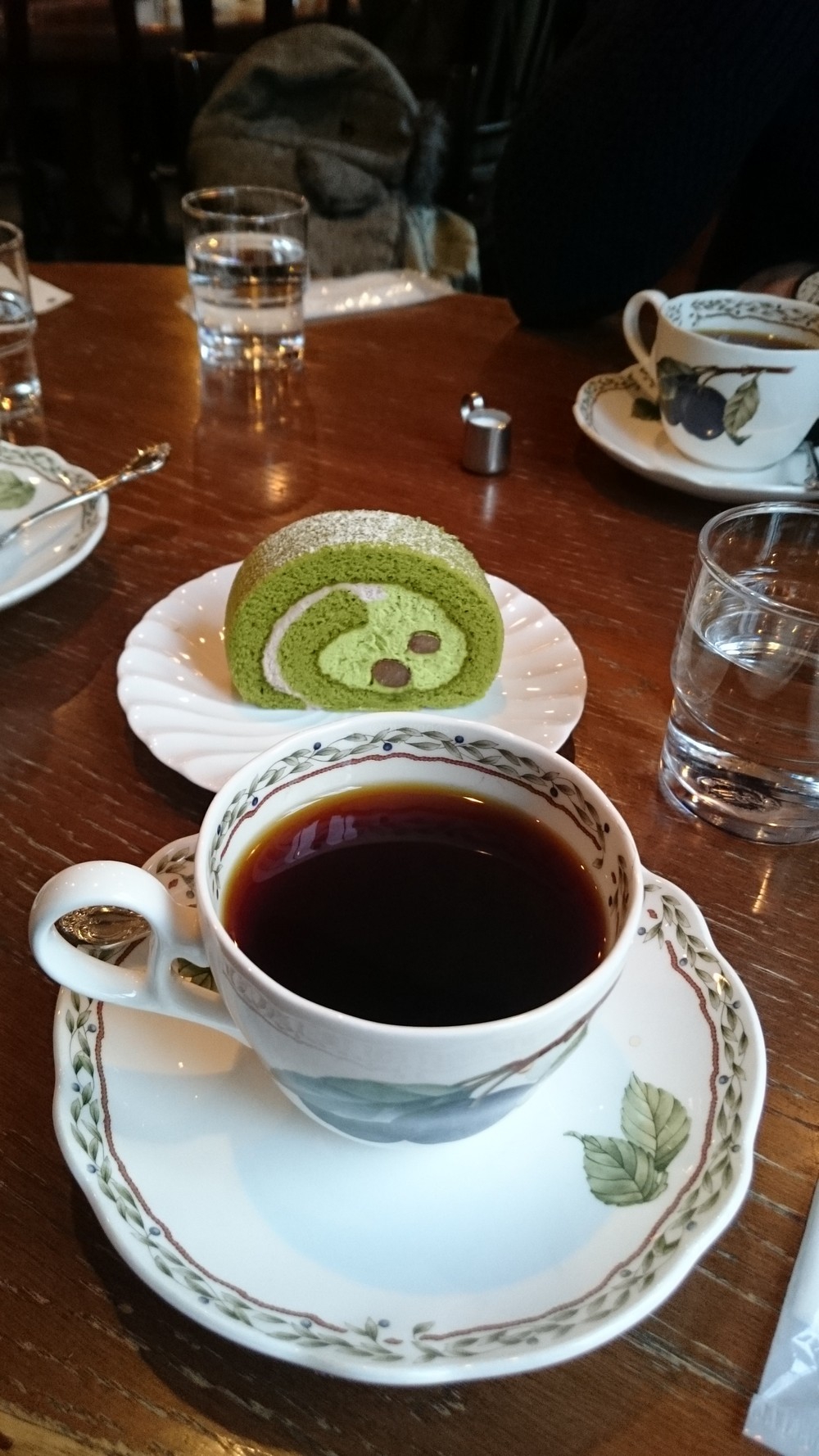 How do you find it? Again it is non-smoking, so if you bother smokers in other cafes, this is the right place for ya. Alright, now we are off to another onsen house!

Hi there. It’s Mr. Wada back on duty. I would like to introduce popular Japanese winter songs this time.

Like I’ve previously introduced about seasonal songs, there are popular winter songs in Japan as well. Here is some reference for you.

The only entry of enka (Japanese country song)! This represents the severe cold of Aomori (Northern Japan). I like its melody-line personally. Catchy and kinda rock, in fact some rock bands copy this song.

The very first hit song of a veteran solo musician. Intro sounds a bit like Every Breath You Take by Police though. (different overall?)

A semi-hit song by a popular solo singer though through the radio, karaoke chart, it is considered one of most popular winter songs.

If you have skied in Japan, you may have heard it and thought like ‘why is this song always being played at ski?’. To give you a clear answer, a ski gear company called Alpen used this song on its TV commercial in the early 90s’ and it became a huge hit and an anthem for skiers. Like it or not, it is not avoidable when it comes to ski. Heh heh.

A dance group from the 90’s. Like their summer song Ez Do Dance, it’s pop and catchy.

A big hit of 1996 by the same producer/composer of TRF songs. Clearly it was the time of Japanese dance music. It’s still popular at karaoke.

It is an all-time popular karaoke song as well. Not as big sales as other her songs but it is still on the radio in winter.

They are a three-piece band from the 2000’s. Like their another song March 9th is counted a classic graduation song, this has turned a classy winter song as well.

A classic kids song. Every Japanese kid may learn and sing it in a music class.

Takibi means bonfire. The lyrics are like kids stop at a bonfire on the way home, etc. Not a dangerous song at all.

How do you find it? Winter songs aren’t only for Christmas and holidays. I would like to share more seasonal songs another time. Stay tuned.