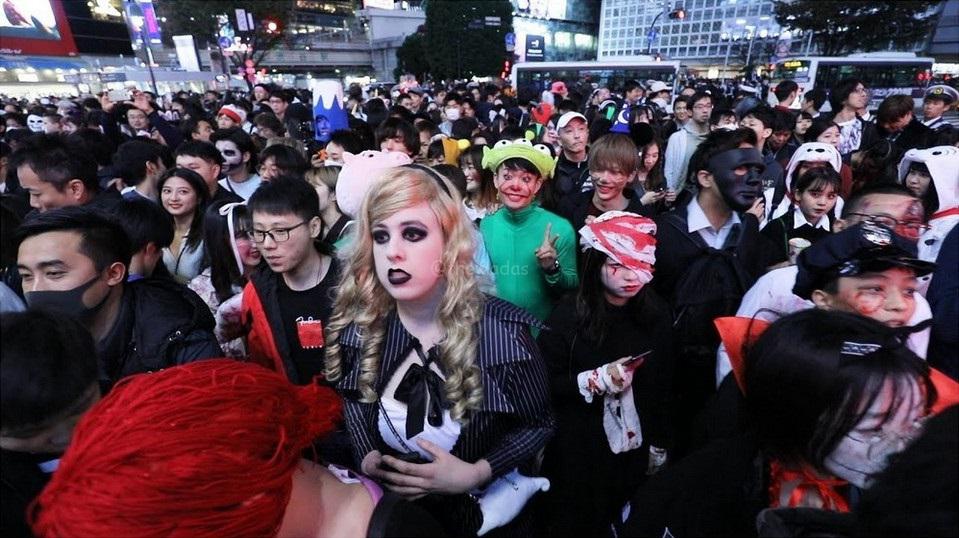 Hi there. It’s Mr. Wada back on duty. I would like to introduce Halloween in Japan this time.

What’s the Fuss About Halloween in Japan?

If you are from the west, I suppose it’s no longer necessary to explain what Halloween is. It’s not a Japanese custom at all. However, it has become a big event/business last decade or longer. It’s a bit mix with Japanese cosplay culture . Not much of trick-or-treating at doors by kids but more grownups in costumes can be seen on the night of Halloween.

Here are two most popular Halloween events in Japan. It may be good reference to see how it looks like.

Kawasaki Halloween is one of the biggest Halloween events in Japan which started in 1997. It’s gotten bigger every year and now more than 10,000 people visit to see the parade by cosplayers. Considered family-friendly as well (held during the day, etc). It’s well-organized. 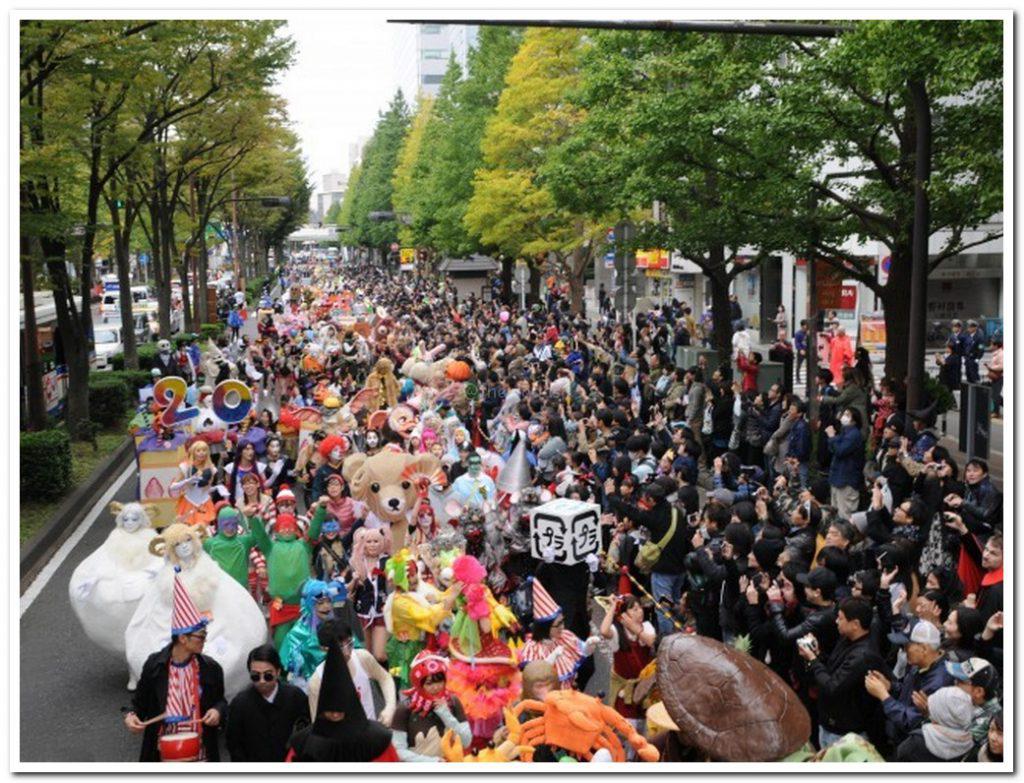 Shibuya is one popular spot in Tokyo. It is said that 1.2 million people gather at night. Sounds & looks fun but with some participants with lack of manner, the city may restrict by charging entrance fee, etc. to prevent security problems. It only reminds me of the world cup soccer if you know what I mean. (=_=) 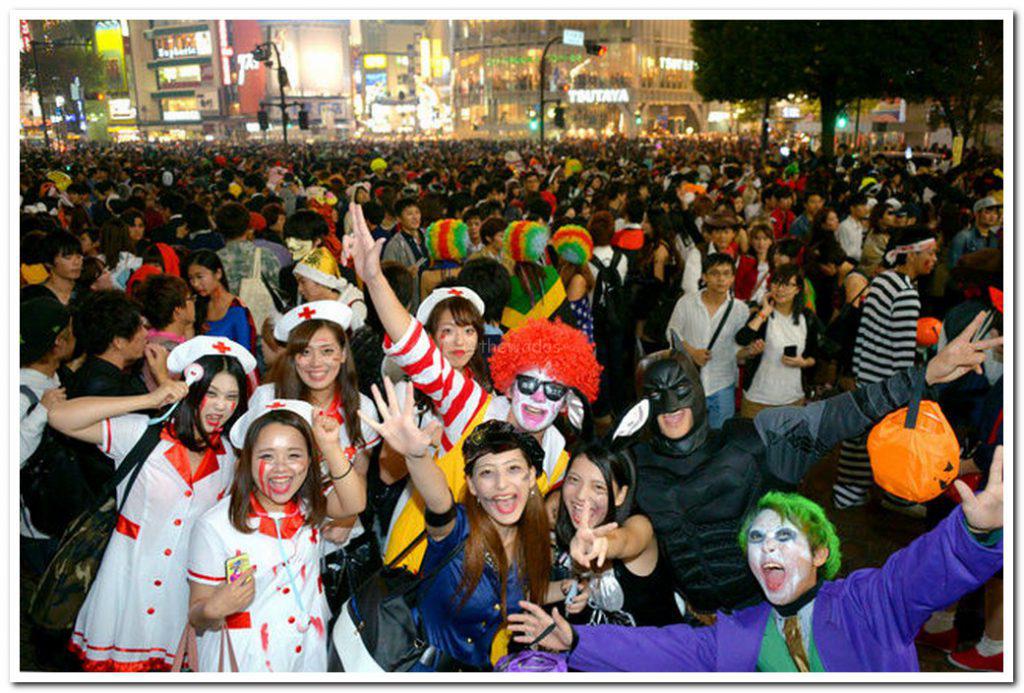 It’s been spreading in small cities as well. Our home town Okayama City though as far as I know Matador bar throws a Halloween party every year. Check it out if ya interested. 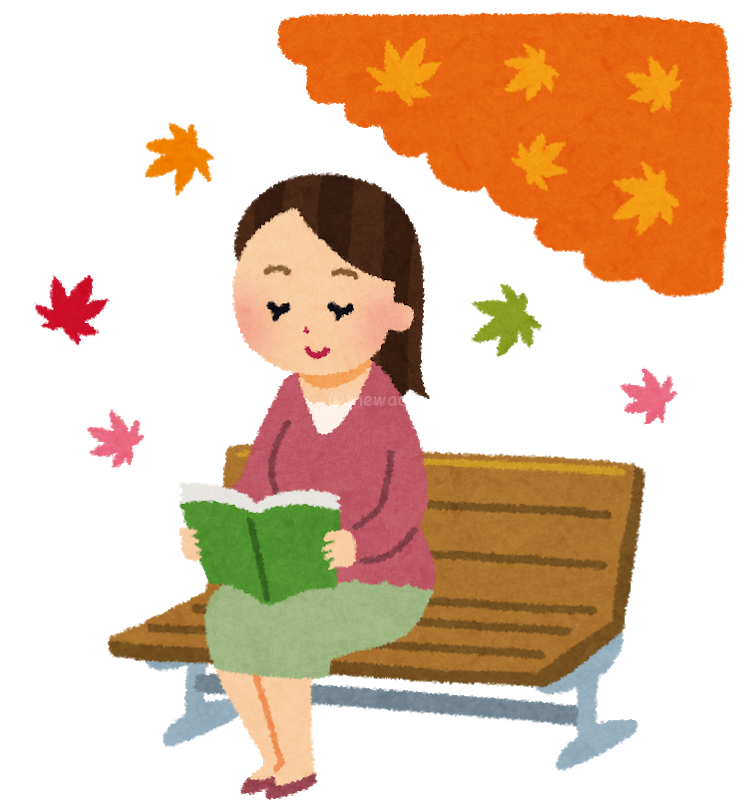 Hi there. It’s Mr. Wada back on duty. I would like to introduce Japanese Autumn songs this time. J-pop, enka, and some kids songs. Actually there is a bunch of songs for Autumn. Here we go.

A classy song by the Sukiyaki singer.

An idol singer from the late 70’s who had a shocking early retirement in 1980.

Another song of her. It is still used on a TV commercial of a travel company.

One of popular folk bands in the 70’s.

A popular soft rock band from the 90’s.

Tuki no Shizuku (月のしずく) by RUI

It was a theme song of a film that this actress stared. Turned a big hit.

It’s rather new compared to others but definitely one of the most popular Autumn songs of all already.

How do you find it? What’s your favorite Autumn song? Why don’t you share with us in the comment?