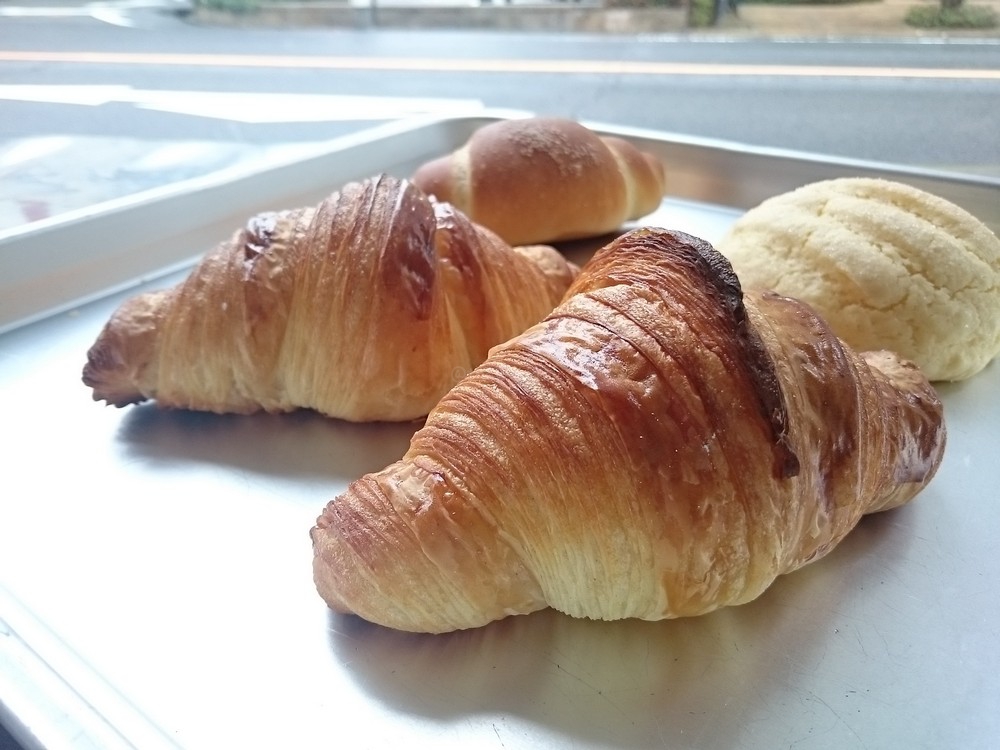 Hi there. It’s Mr. Wada back on duty. I would like to introduce a cool bakery in Okayama City called Le pain de Taka.

As you may notice that bread in Japan is mostly soft and fluffy which many Japanese like. But you know what? If you dare to explore a bit further, there are bakeries that serve hard bread as well. Le Pain de Taka is one of them, I would say.

Le Pain de Taka is about a 10-minute walk from JR Omoto Station (one stop from Okayama Station by Seto-ohashi/Uno line). Croissants of this bakery have been chosen as one of the best in Okayama for countless times. Aside from their hard bread lineup, they have soft and easy bread as well for kids and seniors. 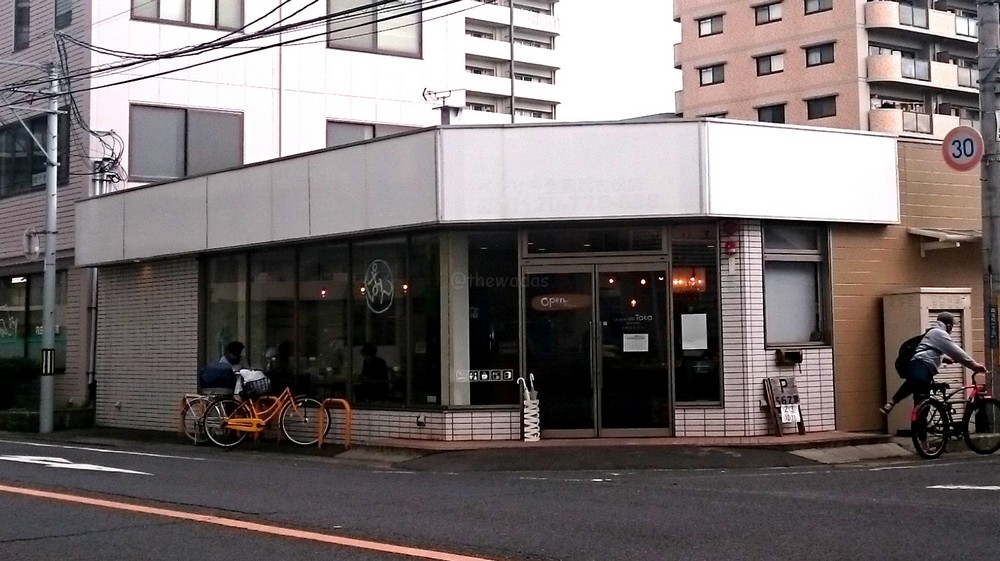 I and Mrs. Wada often stop by and chill at its eat-in space. 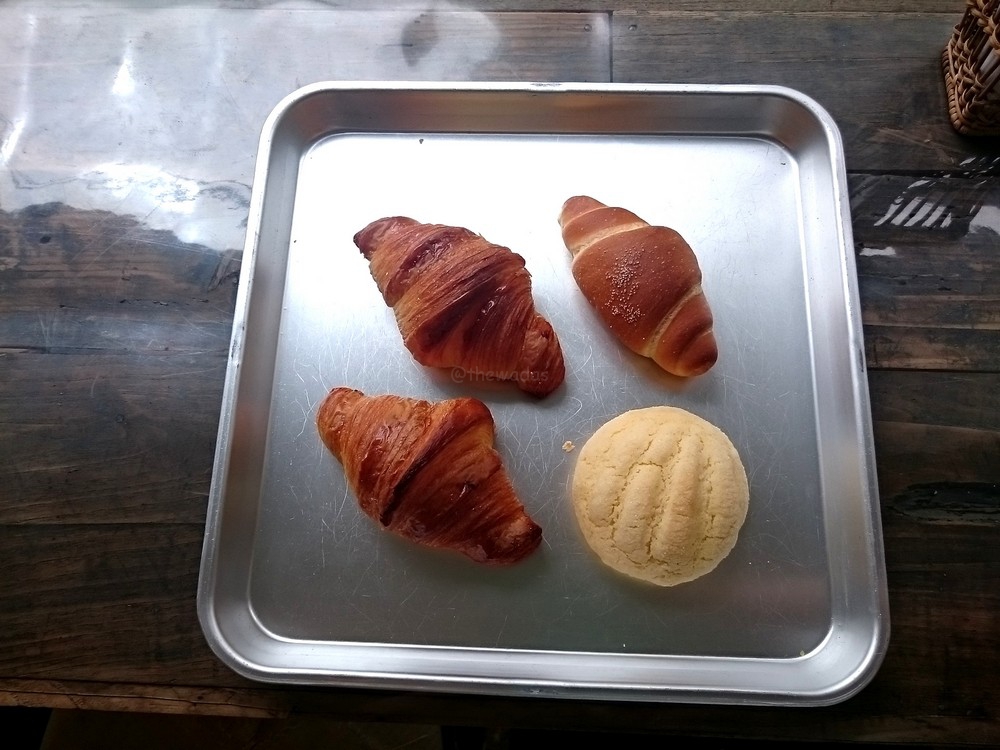 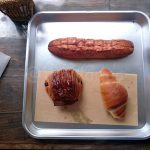 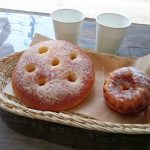 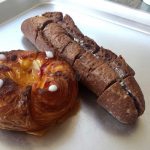 It’s become a tradition that it serves special croissant during its anniversary week every year with special butter from France. I wouldn’t say I am a butter person but sure it smells something different. 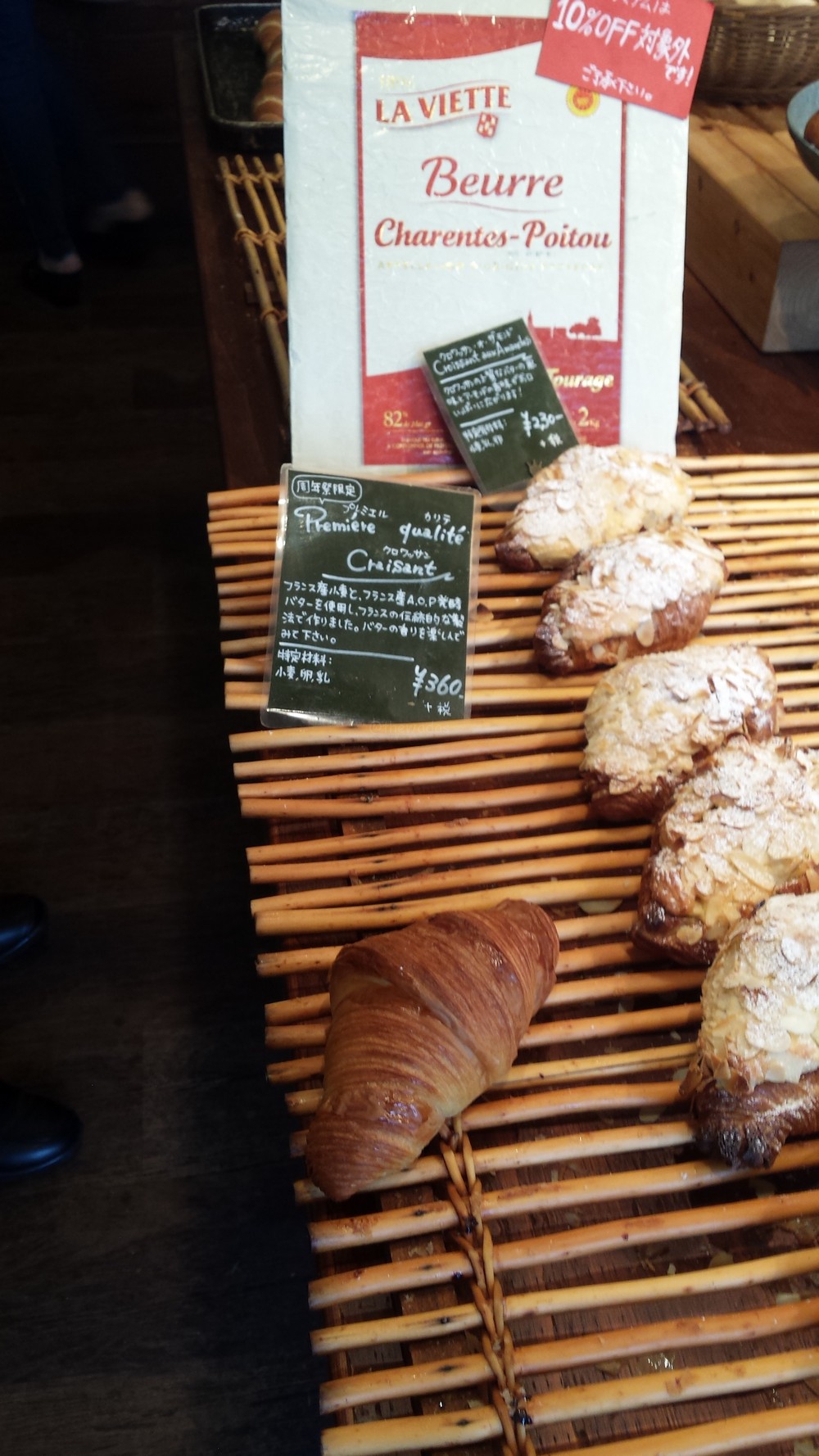 Alright, let’s call it a day.

How do you find it? Each bakery has different bread selection, interior layouts, etc. Do you know any good bakeries in your neighborhood? Why don’t you share with us? Hola amigos. Soy senor Wada. I would like to introduce Cafe Belle maAdo in Ushimado (Setouchi City) this time.

Belle maAdo is in the Ushimado area of Setouchi City. Quite close to Cafe EASE. Their specialty is galette. Galette is a French cuisine which is like buckwheat-flour pancakes with a savory filling. Not so major in Japan but sounds fancy. Why don’t we go investigate?

Here we are. Seems that the owners (a couple) live downstairs, so go up the stairs to the store entrance. 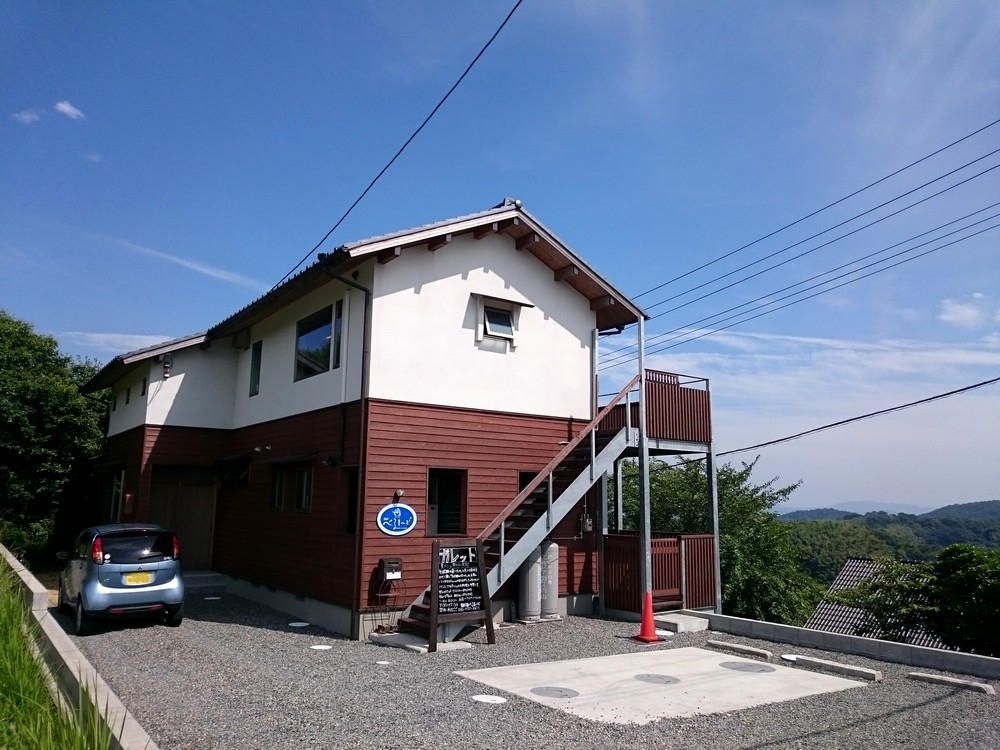 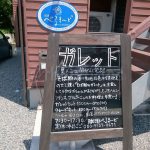 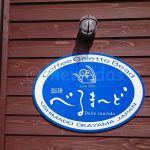 It was very busy since it was around lunch time. How is that possible to run this by two? Anyway let’s get something to drink and eat. It serves dessert gallete as well but most of menu is for a meal. 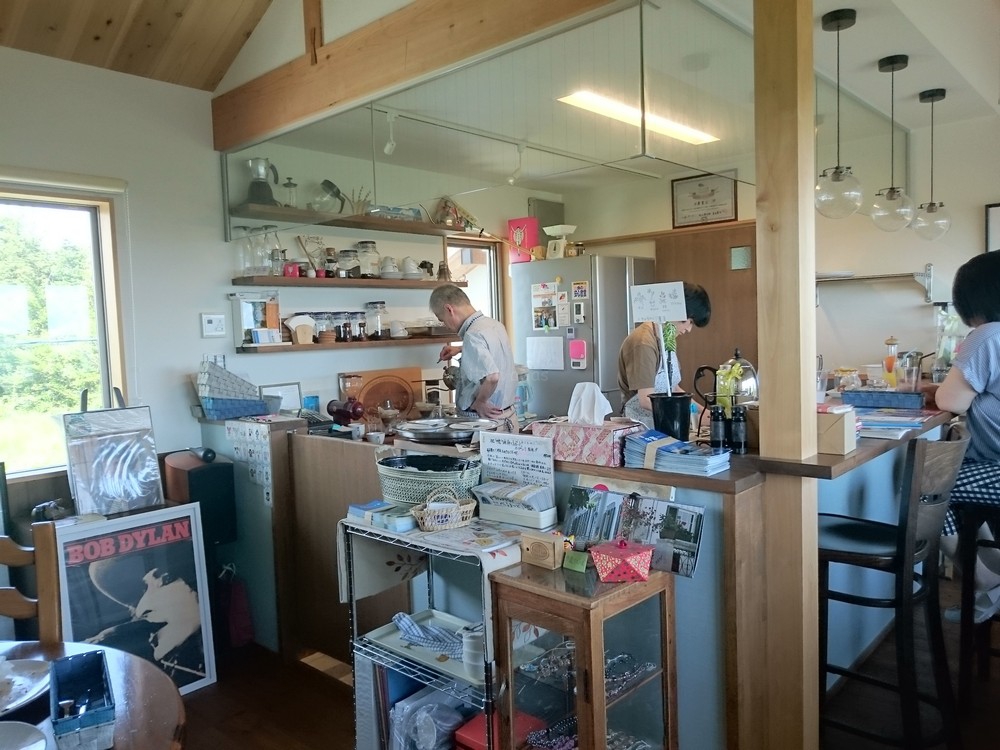 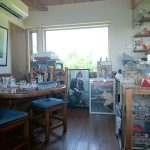 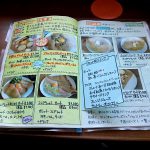 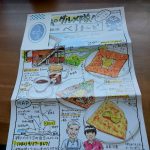 I got their standard gallete with ham, cheese, and an egg. I found crunchiness from buckwheat pretty good. Had a coppa joe after eating as well. 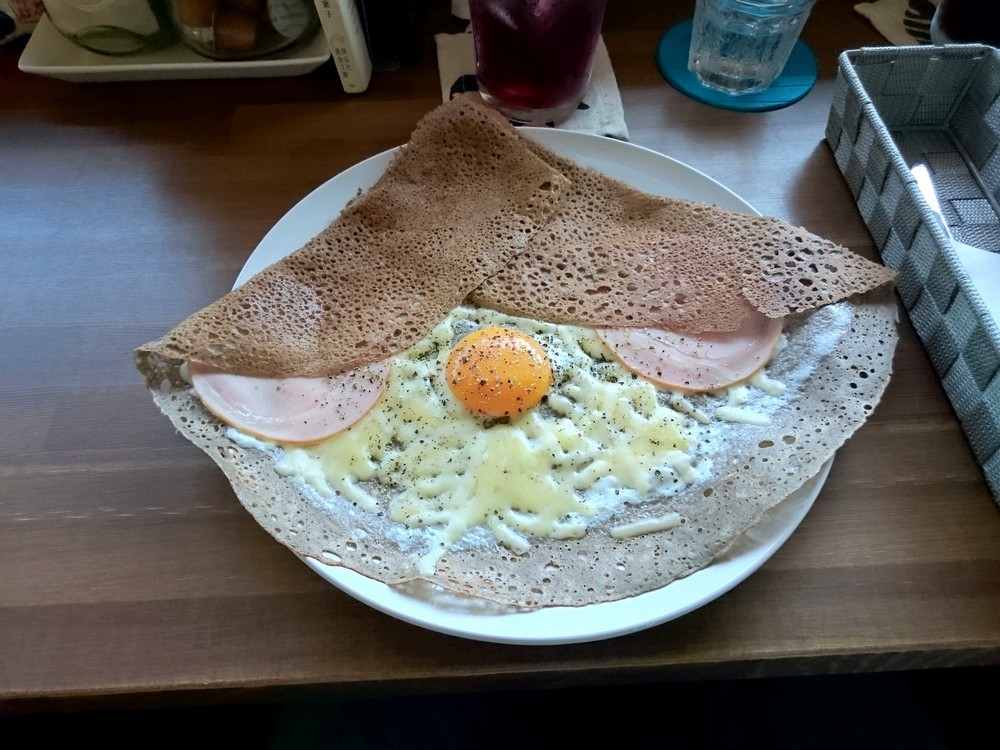 Mrs. Wada had this dessert galette with diced apple and nuts. Yum yum. 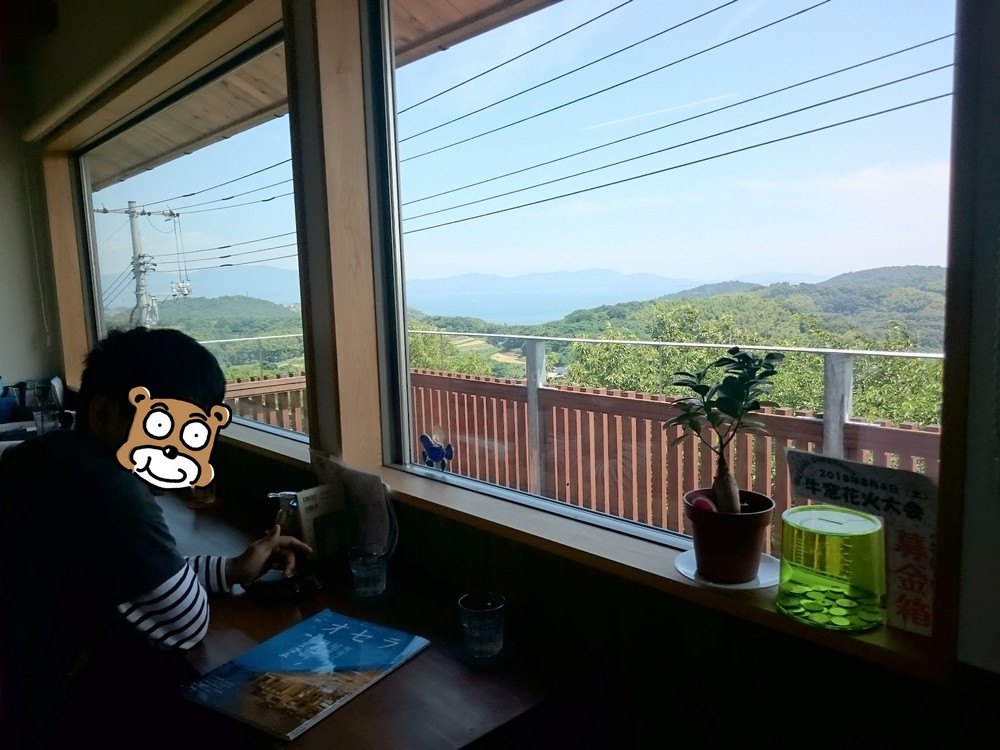 Burp. We took a look at the view outside once more before leaving. OK, let’s call it a day. 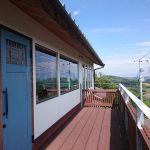 How do you find it? We liked the place but one thing we noticed is that the owners are too busy to communicate with customers. It is not my business but I hope they would slow down a bit…