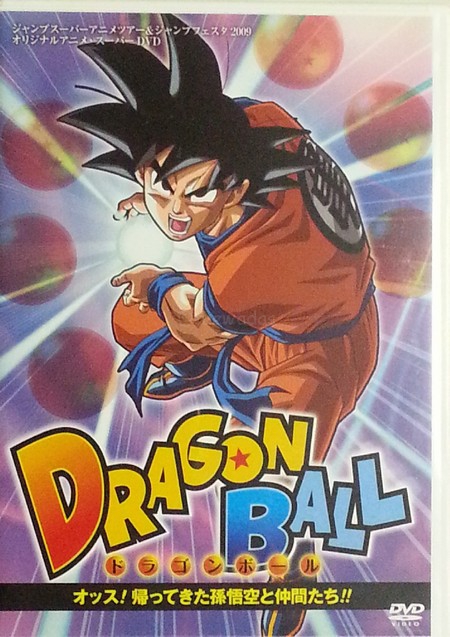 Hi, it’s Mr. Wada on duty. The other day I overheard kids talking about Dragon Ball at the supermarket. Why the hell is Dragon Ball still around? It’s surprising that kids today know what I grew up with. However, it doesn’t seem to be only Dragon Ball. There have been old anime revival for the past years. Let’s take a look at some of them.

Its manga started in 1983, and anime version started in 1986. As it adapted battle scenes in the story, it rapidly gain popularity and later spread worldwide as well. It’s probably the most well-known Japanese anime.
Dragon Ball Z OP song

Its rerun called Dragon Ball Kai (edited version without fillers) was made in 2009-2010 and 2014-2015, and new films also have been made last few years. Plus another BRAND NEW TV SERIES named Dragon Ball Super will be starting in July, 2015. I bet its movement will continue for a while.

It’s also one of the most popular ones from the mid 80’s. Both manga and TV series were made in 1986. Another battle anime like Dragon Ball (they were from the same era and on the same magazine as well).

Wow. The same theme song with the original singer! It was linked to the first Saint Seiya and some of the original characters even showed up in the story. So this would hook their parents who watched the original and then watch it together with their kids.

Its manga and the first anime series were made in 1992. It’s absolutely the very fist girl battle anime. Five girls (Sailor Moon, Sailor Mercury, Sailor Mars, Sailor Jupiter, Sailor Venus) fight for their fate. My sister read and watched this, so I naturally followed. Can’t recall the story much though.

A new TV series based on the original comics began in 2014 named Sailor Moon Crystal. Its character design has changed quite a bit. I prefer the original one personally.

Broadcasted as Star Blazers in North America. There are several series of TV and movies. The first series was made in 1974. The chosen crews go on a trip to outer space to save the earth from pollution crisis.

A remake of the first TV series was made in 2013. There seems to be some changes but it follows the original story.
Space Battleship Yamato 2199

The classic of classics. Its anime started in 1963 as the first TV animation in Japan, broadcasted as Astro Boy in English-speaking countries.

It was made for anniversary of Astro Boy’s official birthday (April 7, 2003). I watched partially but the story didn’t seem to be related to the original.
A new series of 2003

A 3D animation film was also made by American creators in 2009.

What’s in common between these anime is, the target viewers are those who watched the original and their kids. Simple math, it doubles the number of viewers! It sounds quite ideal for business (am I talking nasty? hehe). So perhaps the parents wouldn’t mind watching and even spending on anime goods for kids (or for themselves). Also, since these anime from the past are classic in many countries, marketing would be easier than new anime because they are already known.

Whether you have watched it or not, it’s interesting to see these comparisons like this, don’t you think? Know anything else like this? Please share with me. See you around!