Chopstick Etiquette You Must Know in Japan

Hi there. It’s Mr. Wada back on duty. I would like to introduce chopstick etiquette you must know in Japan. Just like every country has manners/etiquette, Japan does have one called Kirai-bashi (嫌い箸). To avoid unnecessary trouble you may want to check this out during your stay in Japan.

Chopstick Etiquette You Must Know in Japan [Extreme Caution]

Passing food chopsticks to chopsticks involves a Japanese culture where people pick up and pass bones by long chopsticks after burning bodies at funeral. 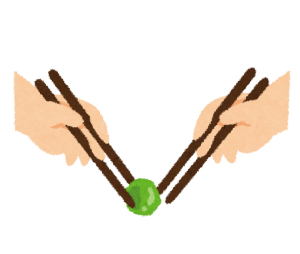 Sticking chopsticks onto rice is supposedly for dead people. I remember I saw it my childhood-favorite movie Gyounshi! Well, yeah, they are dead, so it makes sense. 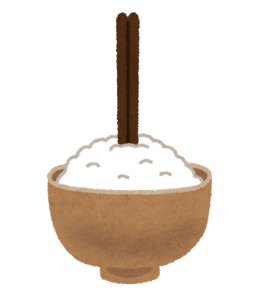 Pointing something/someone out by chopsticks is considered rude. (the same reading as 刺し箸) 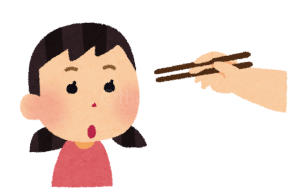 Picking and returning food would not comfort people (wouldn’t it?), so you should be aware of that.

Licking your chopsticks would not look good anyway. 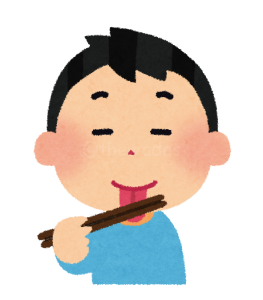 Chopstick Etiquette You Must Know in Japan [Minor Caution]

You should hold chopsticks properly. Some people grab like this (though I used to…). 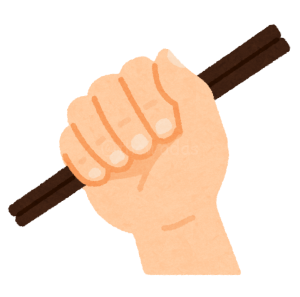 It means scratching your body with chopsticks (if you dare).

We tend to be lazy and stick though food but it isn’t supposed to be a good manner. 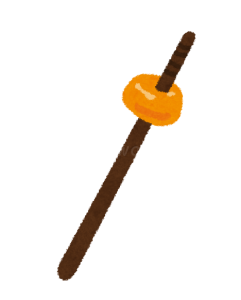 Gather food in a bowl and transfer it to your mouth directly (by chopsticks) wouldn’t look so beautiful. To tell the truth, you may see this in daily life.

Biting a tip of chopsticks looks rather childish. 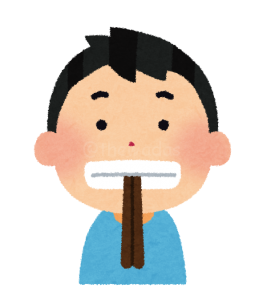 Dig and look for your favorite food. You may look like you are playing with food. Anyway that’s gross for others. 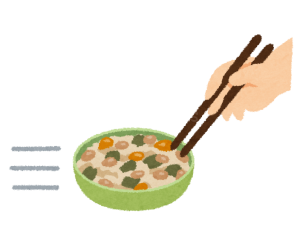 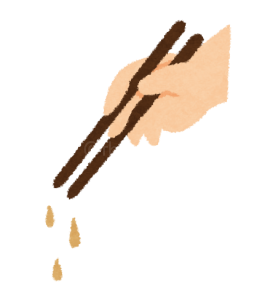 Continue picking the same dish. If a dish is to share, you shouldn’t do that.

Placing / leaving chopsticks on a plate/bowl means you are done. Not mean but you should place them onto a chopstick stand when you are still eating. 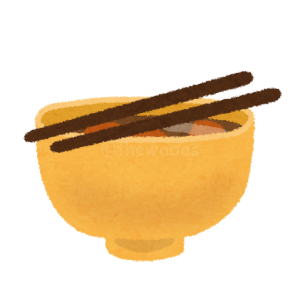 Be aware that you are not using wrong (combination of) chopsticks.

Hovering one’s chopsticks back and forth over dishes. You should move your chopsticks after making up your mind what to pick. 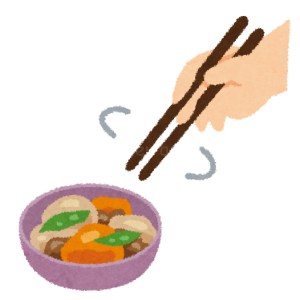 Stopping to pick a dish, and go for a different dish. Unlikely Sora-bashi you would not touch food but it still doesn’t look great for others.

Hitting rice bowls/plates by chopsticks by pirates would not be welcomed at many restaurants. 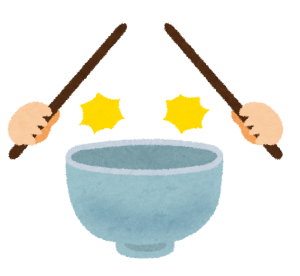 How do you find it? Most of the time it shouldn’t matter because not that all Japanese know these and follow but some religious rules would be sensitive for some people. So just keep a few things in your mind while in Japan.