When you think of the words “bamboo” and “Japan”, what are the things you imagine first? I’d guess it would be “Kaguya-hime no Monogatari” (The Tale of the Princess Kaguya) or the famous bamboo forest in Sagano, Kyoto (usually featured on travel guide books).

In Japan, I often see bamboo trees (one reason probably because I live in the rural area). During spring, you can find raw bamboo shoots on display at supermarkets. Just the other day, I got one bag of bamboo shoots from work for free! At first I was hesitant to take it since it requires pre-cooking which can be a hassle. But I really like bamboo shoots plus it’s free, so I took the challenge.

I immediately checked on Cookpad website for a simple recipe on pre-cooking bamboo shoots.

In Japan, you can get rice bran for free at rice polishing stations.

How to Pre-cook Bamboo Shoots

Wash off the dirt and cut the tip in diagonal just like in the picture below. Cut through the outer layer to peel off easily. Make sure not to cut too deep. 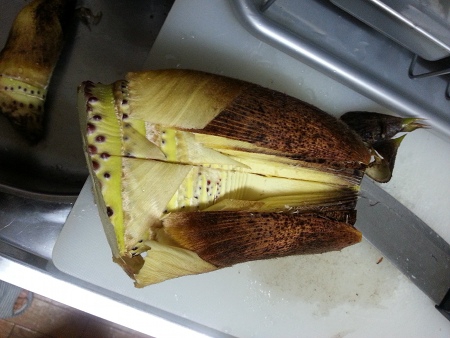 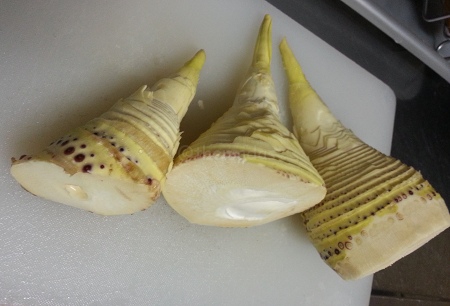 Boil with rice bran for about 1 hour until tender.

Boil water in a pot and add the rice bran (kome-nuka in Japanese), chili and bamboo shoots. 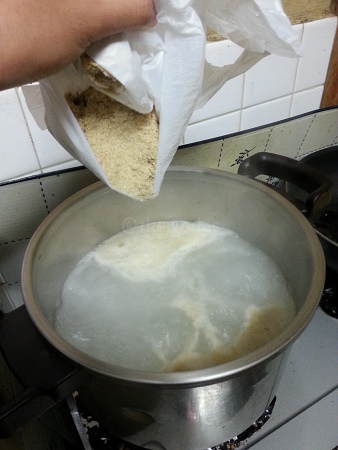 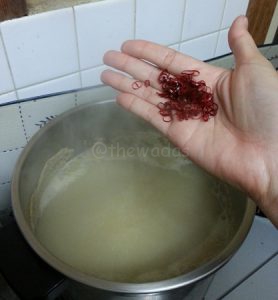 Cook for 1 hour or until it’s tender. I used pressure cooker for faster cooking (takes about 30 minutes). After boiling, turn off the heat and leave the bamboo shoots still in water until it’s cooled down. 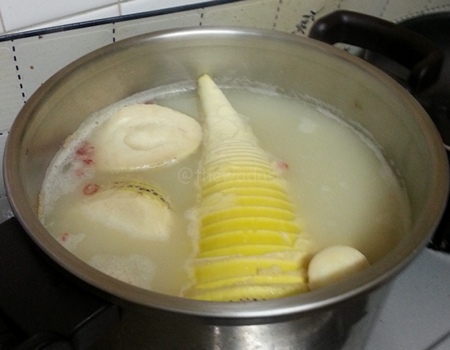 Keep in a closed container with water.

Wash the bamboo shoots clean and keep in a closed container with water. Replace water once a day, although it’s best to consume it immediately.

Now, we are done with pre-cooking. You can use this pre-cooked bamboo shoots in different recipes. I think the common recipe here in Japan for this is to cook with rice called “takenoko-gohan.” It is usually seasoned with soy sauce, rice wine and dashi. Another recipe would be tempura. 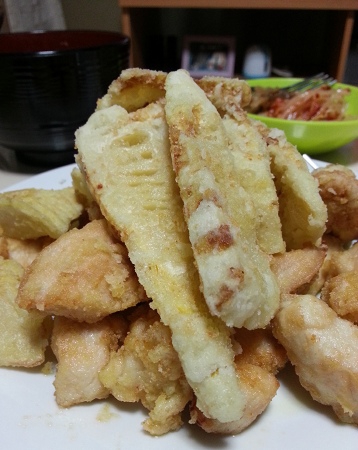 By the way, you can also have the tip of the bamboo shoots with just soy sauce. I did tried it and not bad at all. Have you tried eating bamboo shoots? How was it cooked or prepared? Did you like it? Share it to us!