Ohayo minna! It’s Mr. Wada back on duty. I would like to introduce you the bean-throwing festival at Saijo Inari this time.

As I’ve introduced Mamemaki, the bean-throwing tradition in Japan, there are events held in many cities. And this time I happened to join one in Okayama City at Saijo Inari which is a big shrine where many people gather during the new year’s holiday for hatsumode (the first visit to the shrine of the year). The event is normally held on the Setsubun Day which is early February. 100,000 bags of lucky beans get thrown at the participants. So it seem that a chance is high. 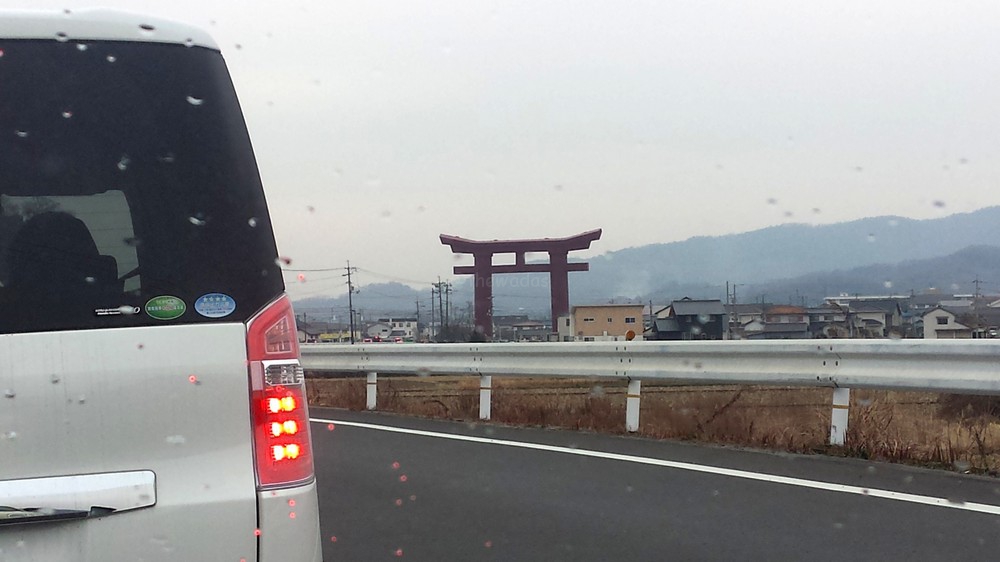 The giant Torii is a land mark (near JR Takamatsu Station)

Path to the Shrine

Walk through stores to the shrine. It reminds me of the long stairs and path at Kotohiragu Shrine in Kagawa Prefecture (but this one isn’t that long). 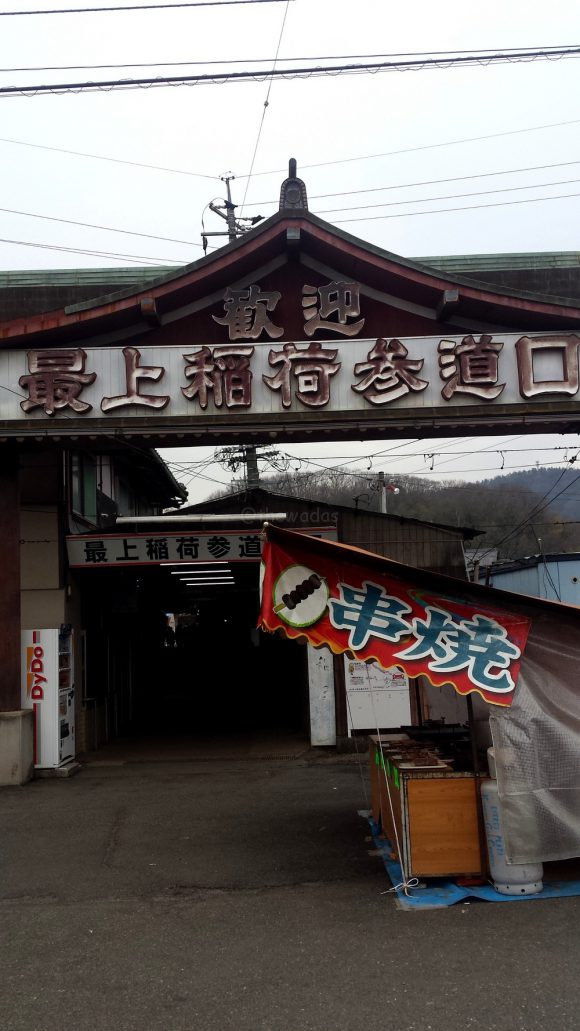 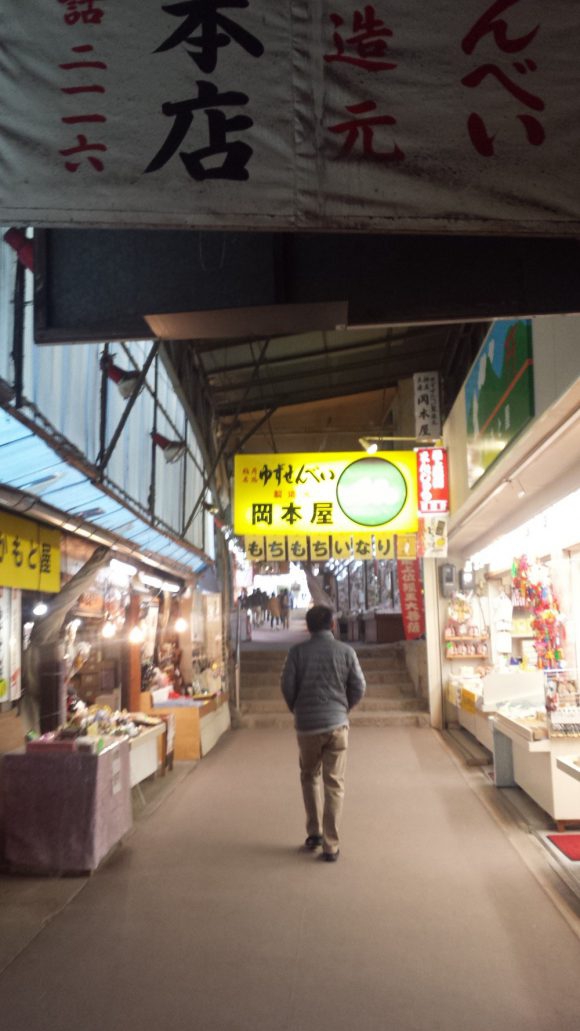 Entrance of the shrine. 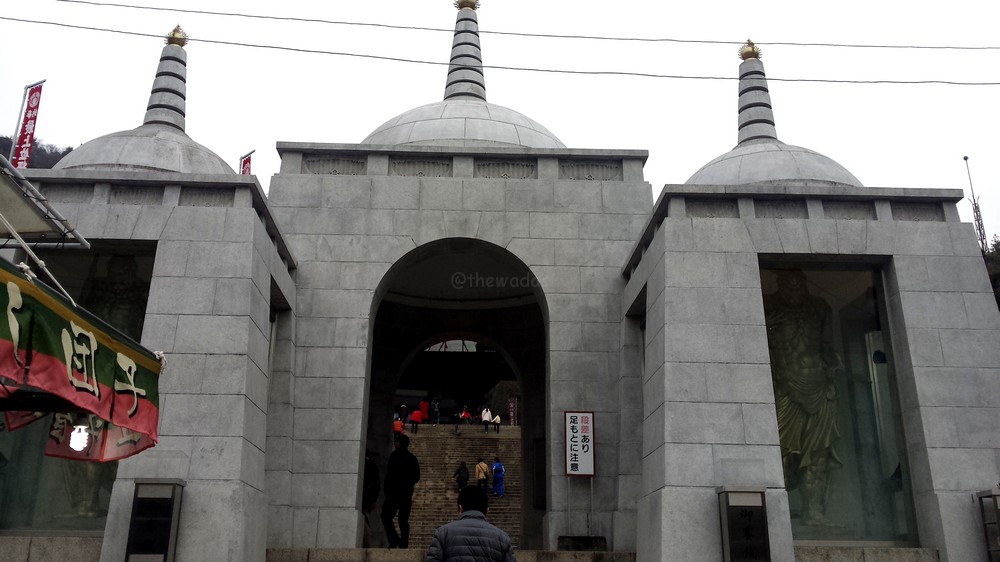 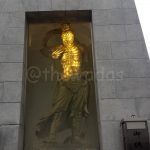 Shiny statue (on the right) 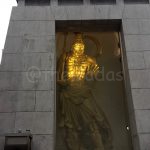 Shiny statue (on the left) 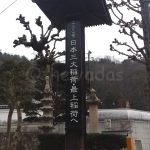 Here we are. I was a bit late but people were still hearing such a long speech by the mayor. As he’s done talking, people started gathering to the central and the war would begin. Divided by male side and female side. 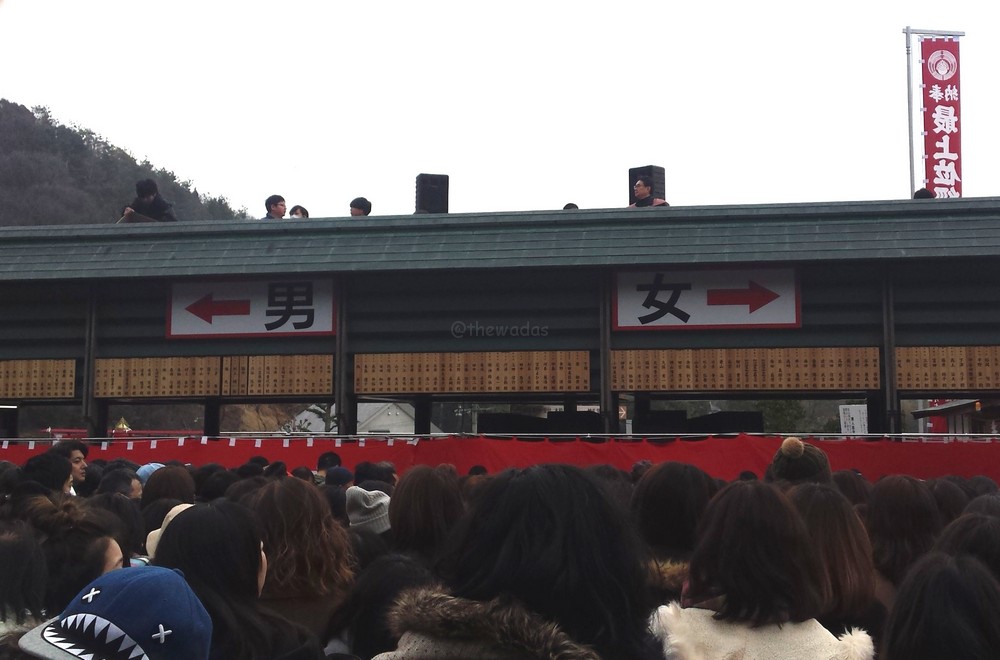 It was a real war. Guys pushed each other and many guys fell/collapsed! Watch out! But only after 60 seconds or so, it stopped. What? That’s it? However, I learned that there would be more rounds. We had some break like for 10 minutes.

After some performance by a guest musician for 10 minutes-ish, another round began. This time I got myself into the crowd beforehand. As the Mayer gave a cue, people up there started throwing the bags. I tried to reach them and even jumped a little but it was way too hard. Then I saw some bags on the ground. Some guys also realized it. I grabbed one and looked up the sky and saw some bags coming this way. Stretched out my arms and successfully got another bag in my hand! ‘OK, I am done!’ said in my mind and I got out of the crowd, but I sensed my baseball cap was gone! After people left, I found my cap on the ground (stamped and damaged). Oh boy…. 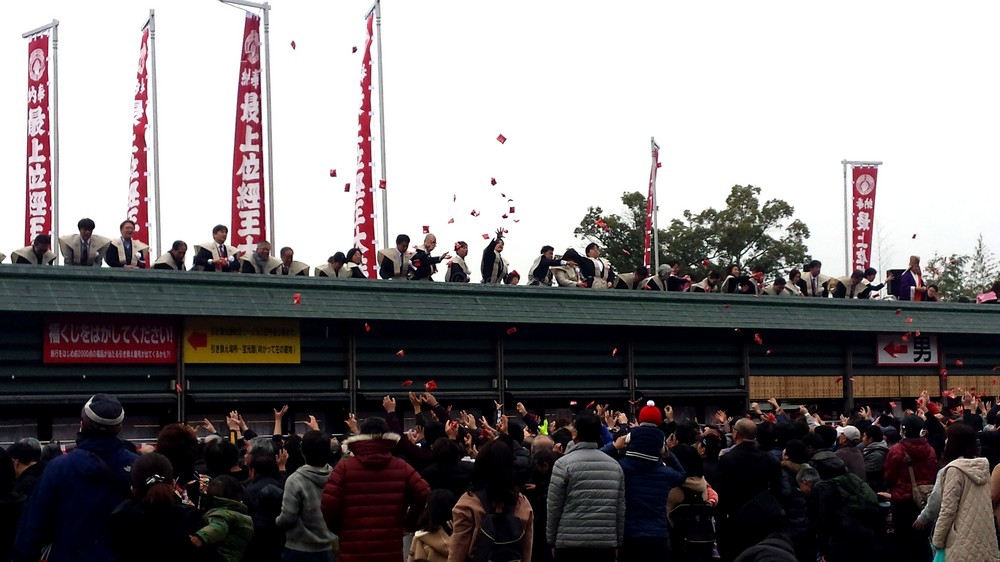 Tada. The catches so-called lucky beans (fuku-mame). I hope it brings me luck. 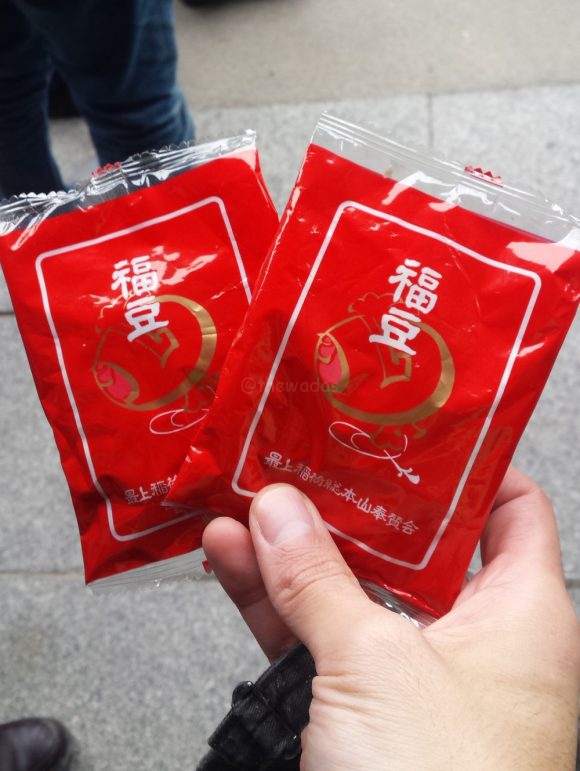 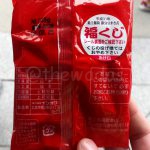 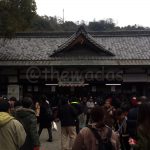 If ya got a sticker with a number, take it to this place.

Alrighty, let’s call it a day. 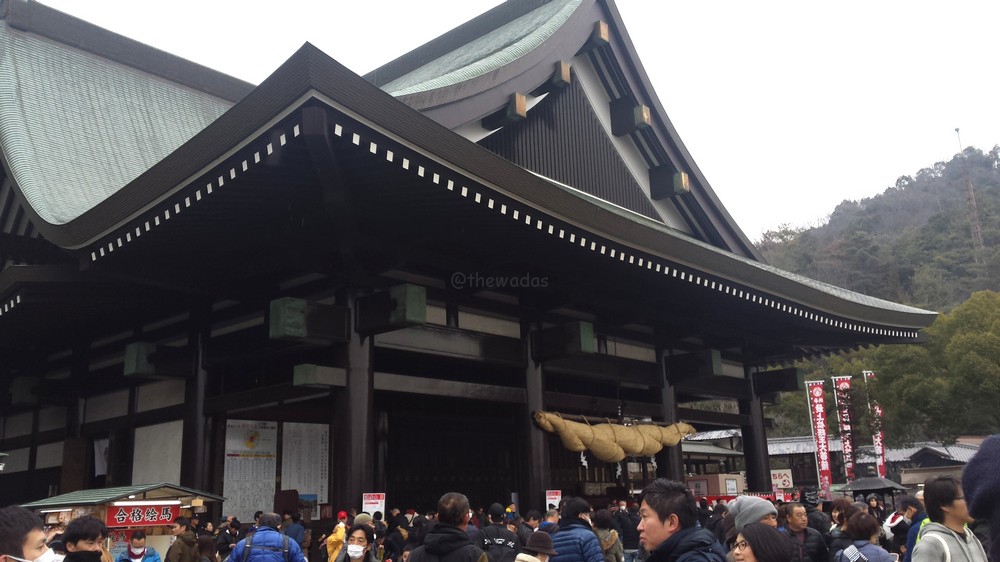 How do you find it? It was rough but not too hard, I’d say. In fact, some guys was holding a bunch of bean bags. How did they do it?