The Story Behind the Photo

Mr. Wada and I along with our friends went for cycling in Shimanami Kaido in October, 2014.

Shimanami Kaido – it’s an expressway in Japan connecting Onomichi, Hiroshima and Imabari, Ehime, nine islands in between. What’s good thing about it? There’s a separate way for pedestrians and cyclists. At some points, you are actually passing the bridge right below the road way for vehicles. If I’m not mistaken, I think we paid 50 yen as donation to use the road.

We didn’t make any specific plans for this trip. We just rode the ferry from Onomichi with our rental bikes, which you can get just nearby the Onomichi Station for 500 yen (at that time). Afraid not to be able to come back in time, we decided to dropped off at the first stop.

On the way back to Onomichi, we saw a sign of a sightseeing spot called Shiratakiyama. So we decided to check it out and later found out it’s actually a (about) 230-meter high mountain. No wonder we didn’t see other people even cars passing on the same direction. We had to walk and push our bikes all the way up.

After more than 30 minutes of walk, we arrived at a viewing spot but realized it wasn’t the actual destination yet. There’s actually a temple on top of the mountain. We had to climb up the stairs to reach it.

In Shiratakiyama, you can find the so-called Gohyaku Rakan (it means 500 statues of Buddha’s disciples but actually there are about 700 statues in the area).

The path is narrow but its surrounded with many maple trees. It was October at the time and I thought, it would have been amazing if it’s fall foliage season. That is just a month after!

But upon arriving at the top, with foliage or not, the view is really amazing. The 360-degree panoramic view of Setouchi (Seto Inland Sea), the Innoshima Bridge, surrounding islands and the numerous statues of disciples of Buddha is breathtaking.

We didn’t expect to find this place. It’s nice to encounter places when you least expect it. For me, it already made my day.

Another exciting thing about it? The thrill of going down by bike in full speed. Oh, but be very careful not to stumble though (one of us did!). 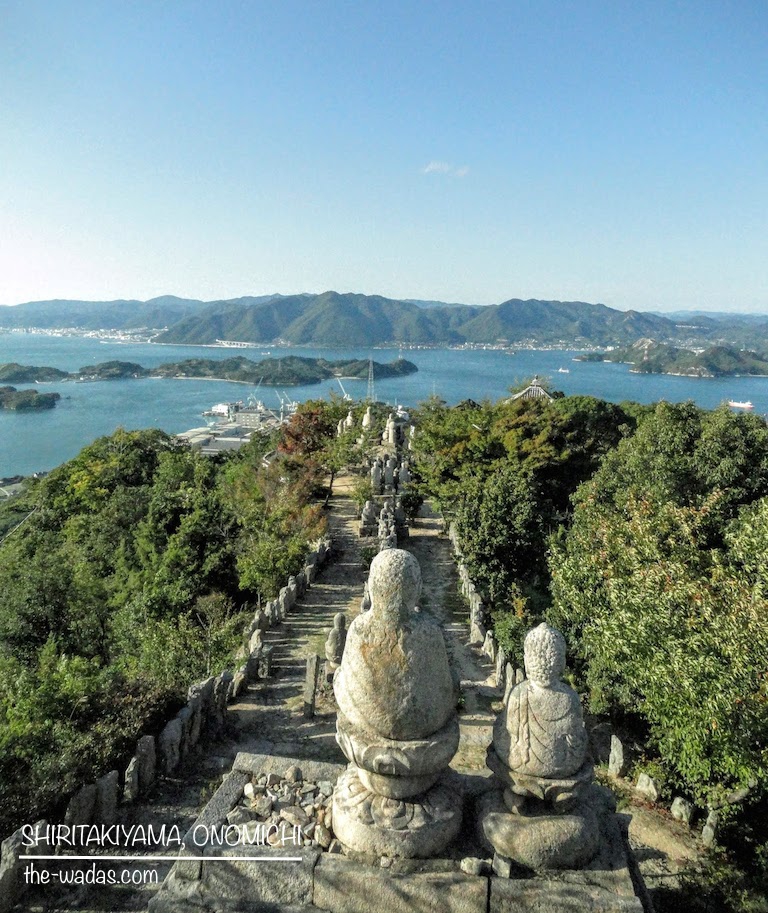