One weekend, Mr. Wada and I wanted to have some adventure. While searching for sightseeing spots nearby, I found an interesting picture of rock formations in Kojima. The place is called Oujigadake/Oujigatake (王子が岳). It’s situated in between Kurashiki City and Tamano City.

Oujigadake (王子が岳) is designated as part of the Setonaikai National Park. There are gigantic granite rock formations around the cliff, some in odd shapes, creating an extraordinary scenery.

During our visit, we didn’t see any stores in the area. Although there’s a vending machine, which is a good thing since some refreshments will be needed after walking up and down. There was a building not far from the parking area but it was closed at that time. (It was actually the Oujigatake Park Center.)

Walking around, we came across with a group of senior visitors. I remembered one of them had canned goods and offered it to the cats. Maybe a regular visitor, I thought.

We continued our way down towards the nearest cliff. It’s the spot where I took the photo. We tried to sit down on one of the rocks (stable-looking one) and posed for some photos, which is already scary for me. But there were these guys who were crazier to go further by sitting while their legs are hanging. I wouldn’t dare!

Looking closely at the photo, you’ll see there’s a rock that looks like a head with a smiley face. Unfortunately, we didn’t go further to that point but it seems that it’s a popular take-off spot for paragliding. I’ll definitely check it out the next time I visit.

It’s a good place for walking or hiking, or even just for relaxing and enjoying the view. The view from the peak is great, same as Shiratakiyama, Innoshima, you can also see the Seto Inland Sea. Straight in front, across the waters and at the back of the small island is the Kagawa Prefecture (well-known for its udon)  on Shikoku Island. 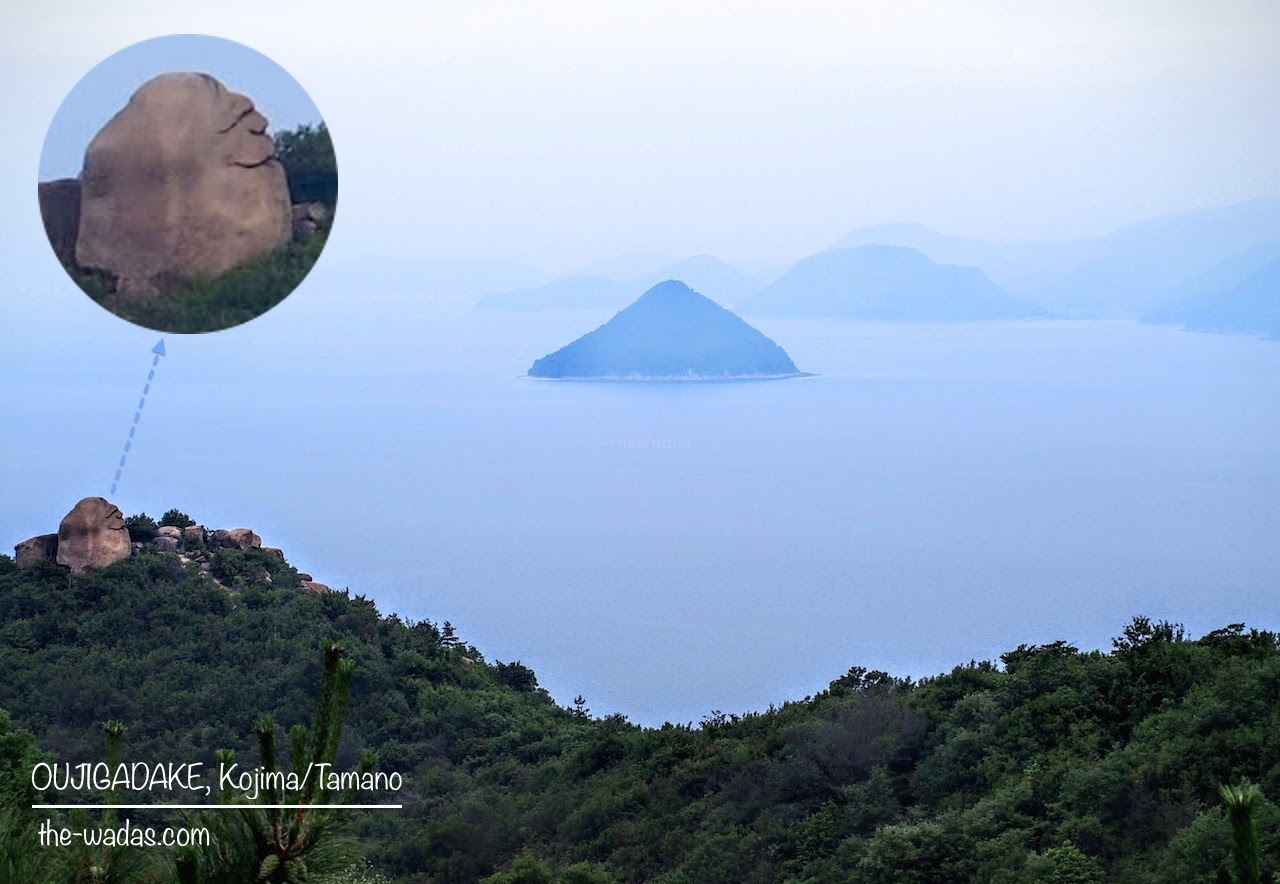