How are you guys doing? It’s Mr. Wada back on duty.

Before autumn officially begins (Sep 23rd), I and Mrs. Wada wanted to achieve our last goal for fishing. Get a big fish! At least something bigger than “haze” (goby) fish we previously caught.

Fishing in Okayama 2015 Summer – The Wadas On Duty

I researched fishing spots on the web and also a fishing tool store called POINT near our place. Apparently there is a well-known port for fishing in Tamano City. Tamano City is in Southern Okayama Prefecture, about 30-min drive from where we live. Not too far.

OK, so we will give a shot in Tamano this time!

Off to Tamano City

We kinda overslept (!) but not fatal. We still left home at 6-ish AM. 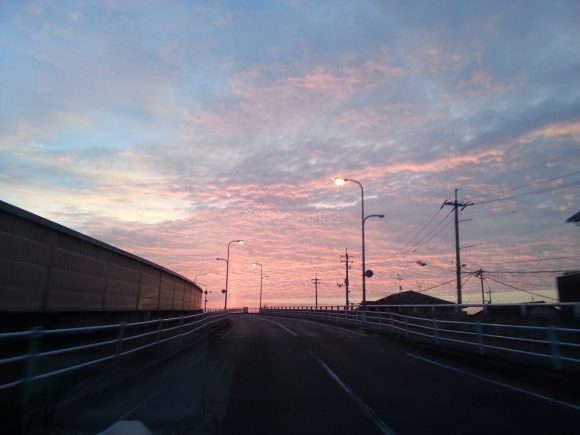 Now we head to Shin-Tai Port.

Alright here we are. There were anglers already. 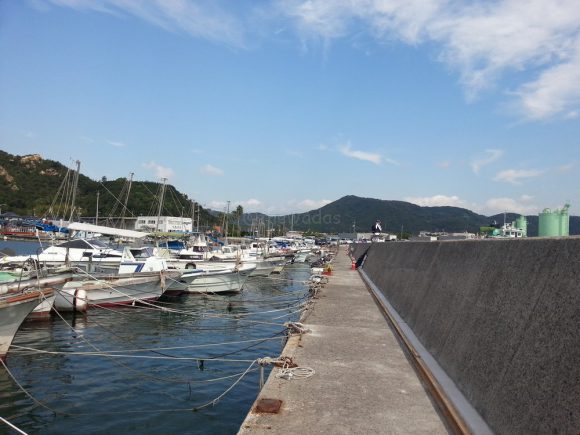 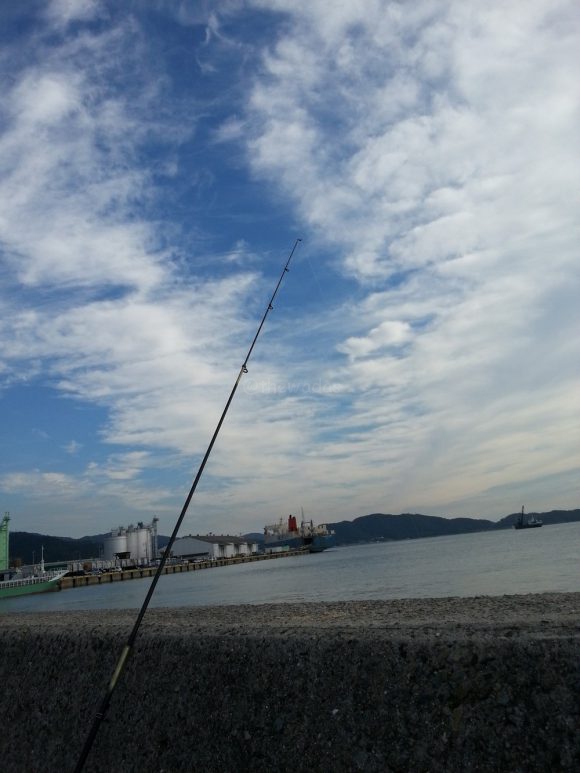 Something’s been taking bait, but I don’t feel any presence of fish. Hmmm…then Mrs. Wada suddenly got something. 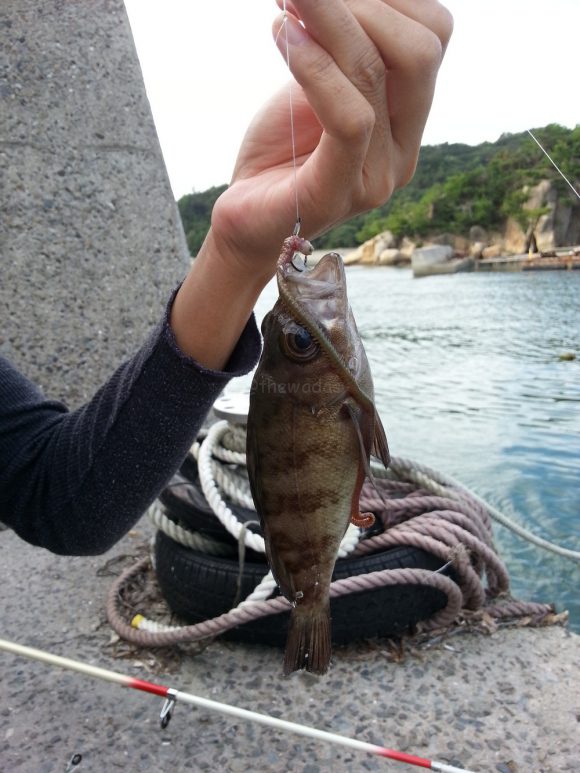 This is Mebaru fish (Rockfish). A bit small but supposedly yummy. We’d keep it! I remember my mom used to cook this fish. 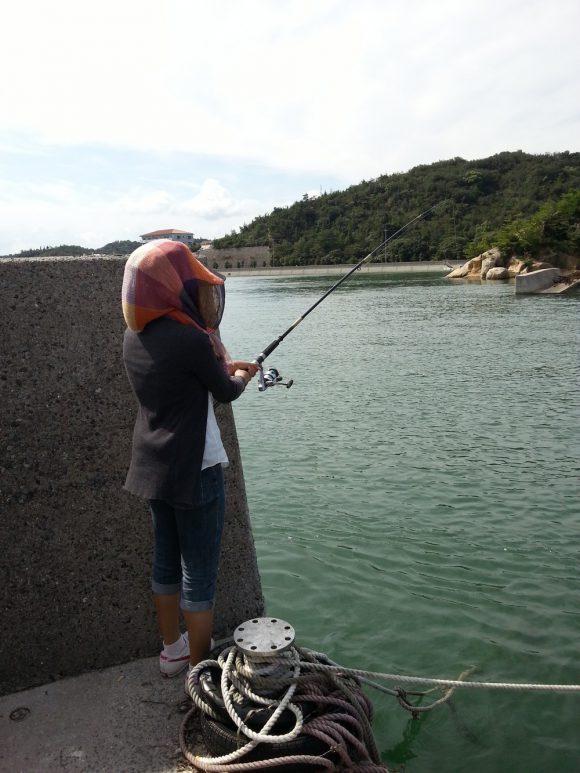 That’s the way she does…

She seemed to have found a good spot. On the other hand, I’ve been struggling. Bait (worms) kept disappearing! Hm……

Then another came to Mrs. Wada. 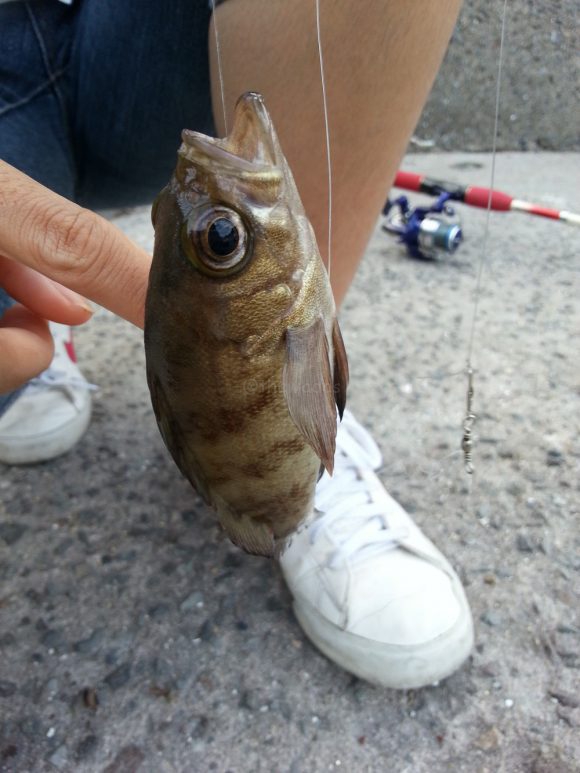 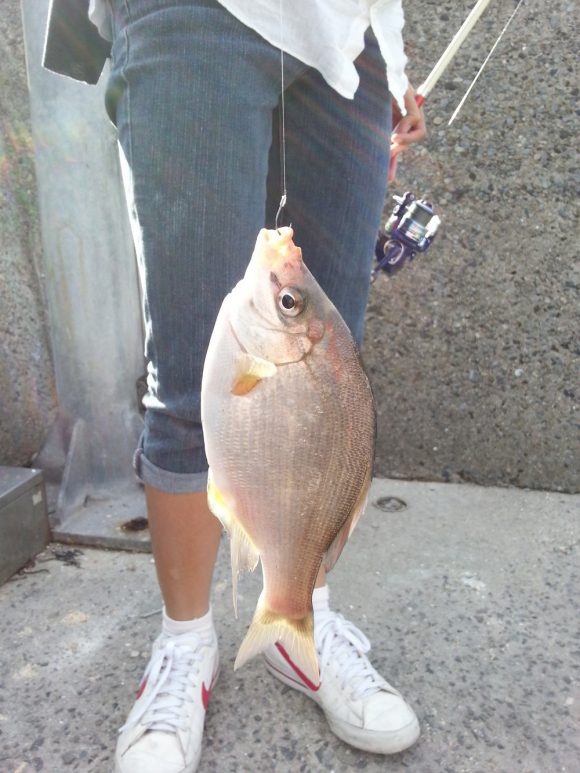 B…BIG! But I don’t know what it is called. 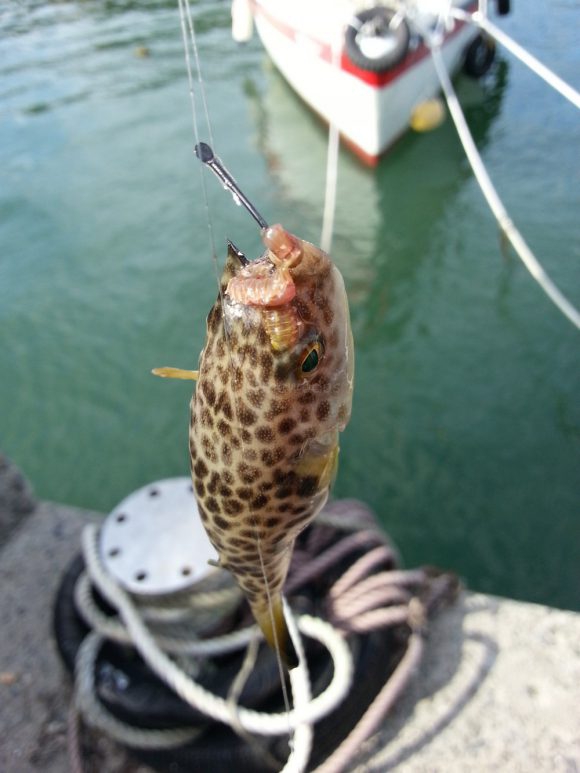 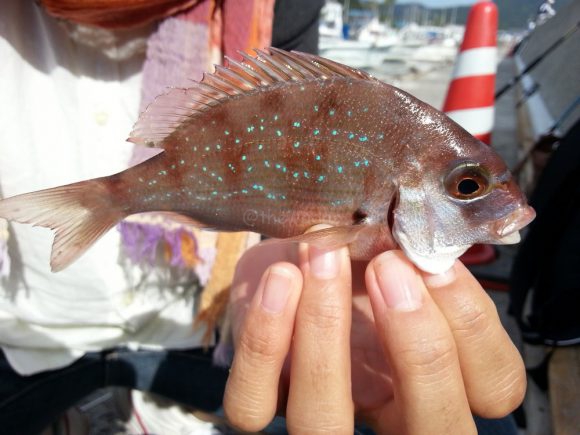 I suppose it’s her day. BUT BUT, as a team THE-WADAS, we’ve done pretty well. And the fish here looked way better than regular “haze” fish!

Alright, let’s call it a day. I may revenge another time. 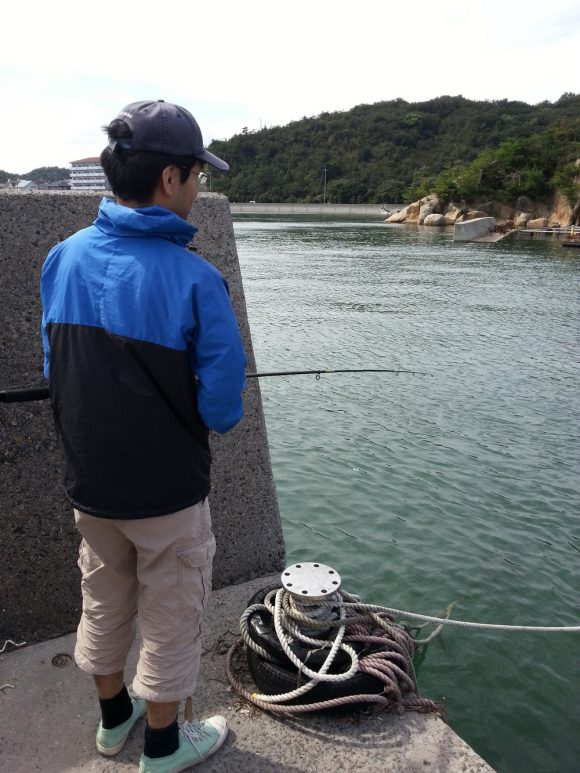 Me taking over her spot and getting nothing….

I always hated the insane heat of summer but when it comes to end I feel a bit sad. Yeah, that’s it, and….YEEEEY my favorite season, autumn, has come! We’ve got to hang out and enjoy this beautiful season! 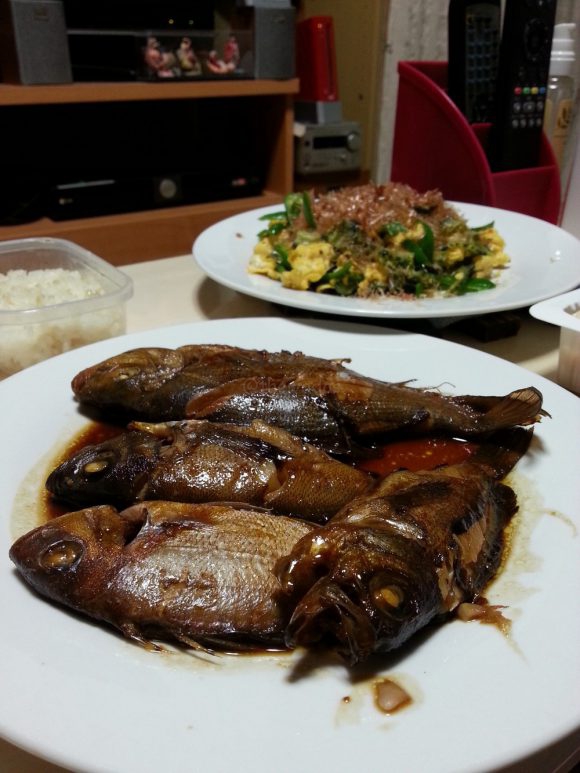