We had a trip to Hokuriku area during the obon holiday. As always we stopped at many places. This time I will share our first stop, Obama city in Fukui Prefecture. I am telling you. It’s nothing politics. 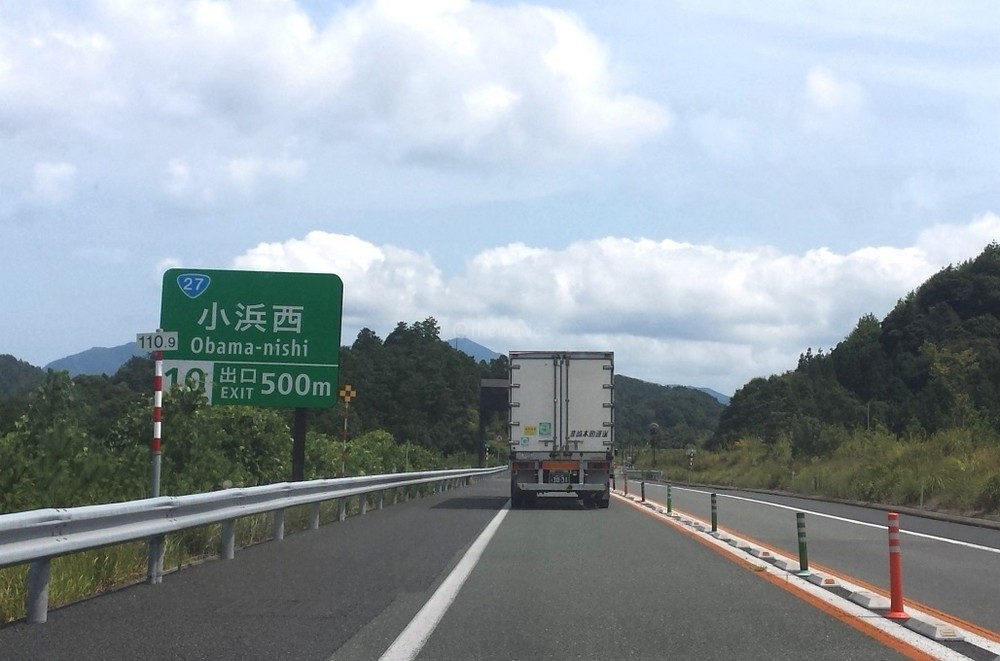 It is a small city in Fukui Prefecture. Well, Fukui itself is small as well (population of the entire prefecture is about 800K). Though Obama City got people’s attention when Mr. Barack Obama became the president. Obama City apparently tried to support and invite him to the town since they felt… sympathy? Anyway it wouldn’t occur. 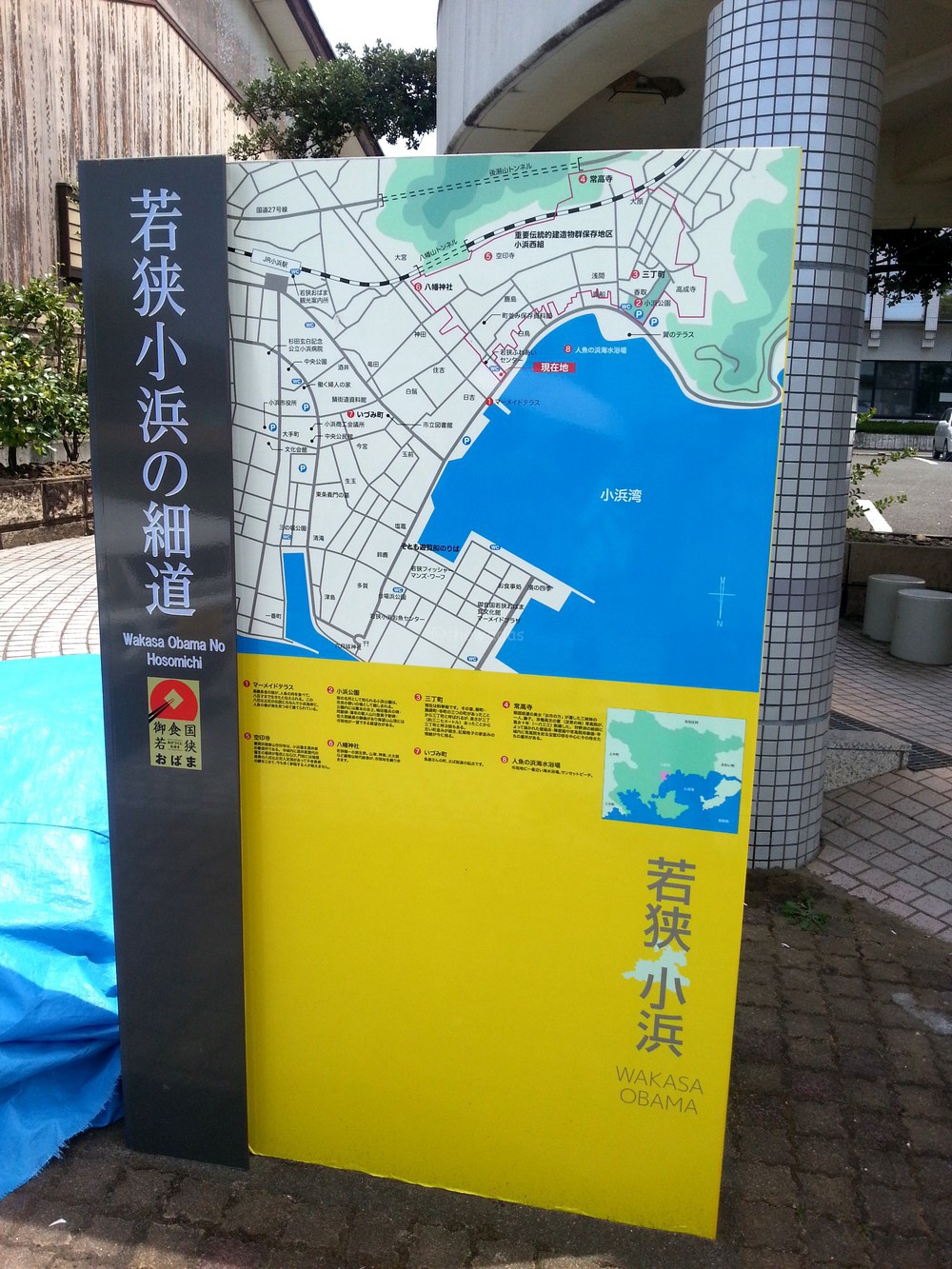 It looks like a small town. One thing I noticed was this konbini in Obama sells swim rings! Quite unusual for me. 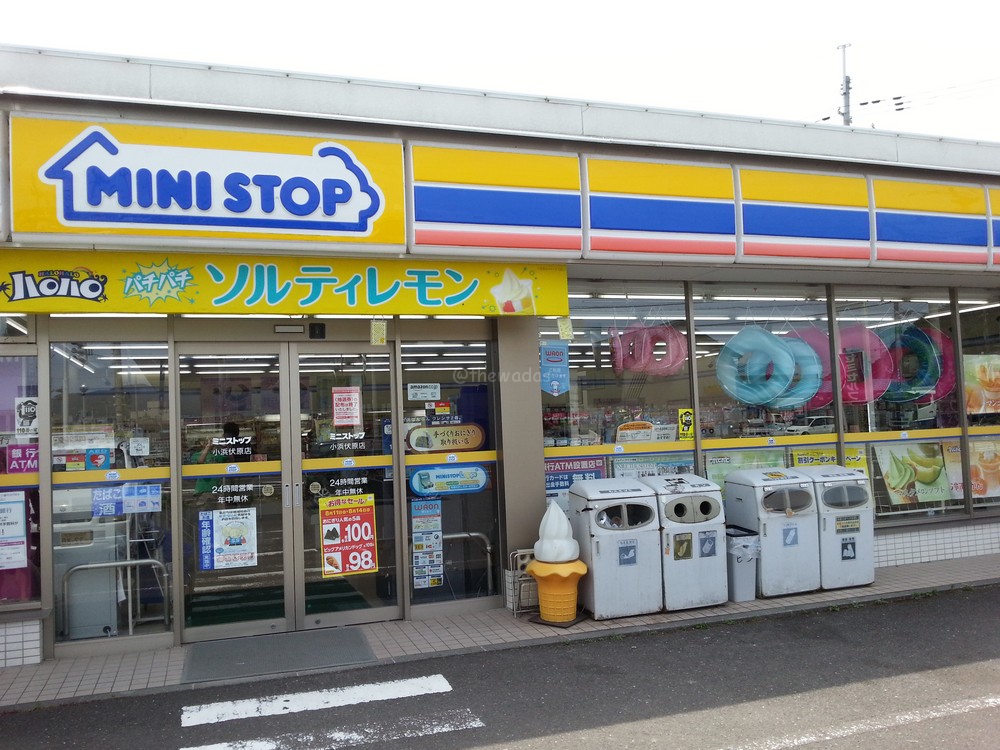 Since it’s Obama (small beach), we wanted to take a look at the beach. Probably a popular beach in town, Obama mermaid terrace. 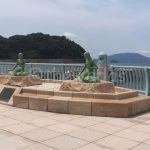 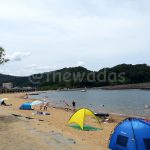 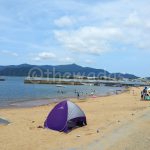 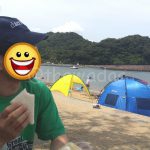 Lunch time on the beach side 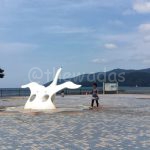 A small park side the beach 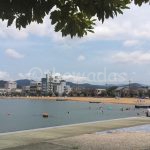 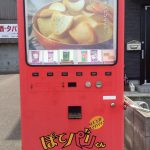 A nice beach in a quiet & peaceful town. We loved it!

Like there’s Hawai City in Tottori, or Usa City in Oita, there are interesting city names in Japan. I’d like to hear if anything like that in your country as well. Please share with us! 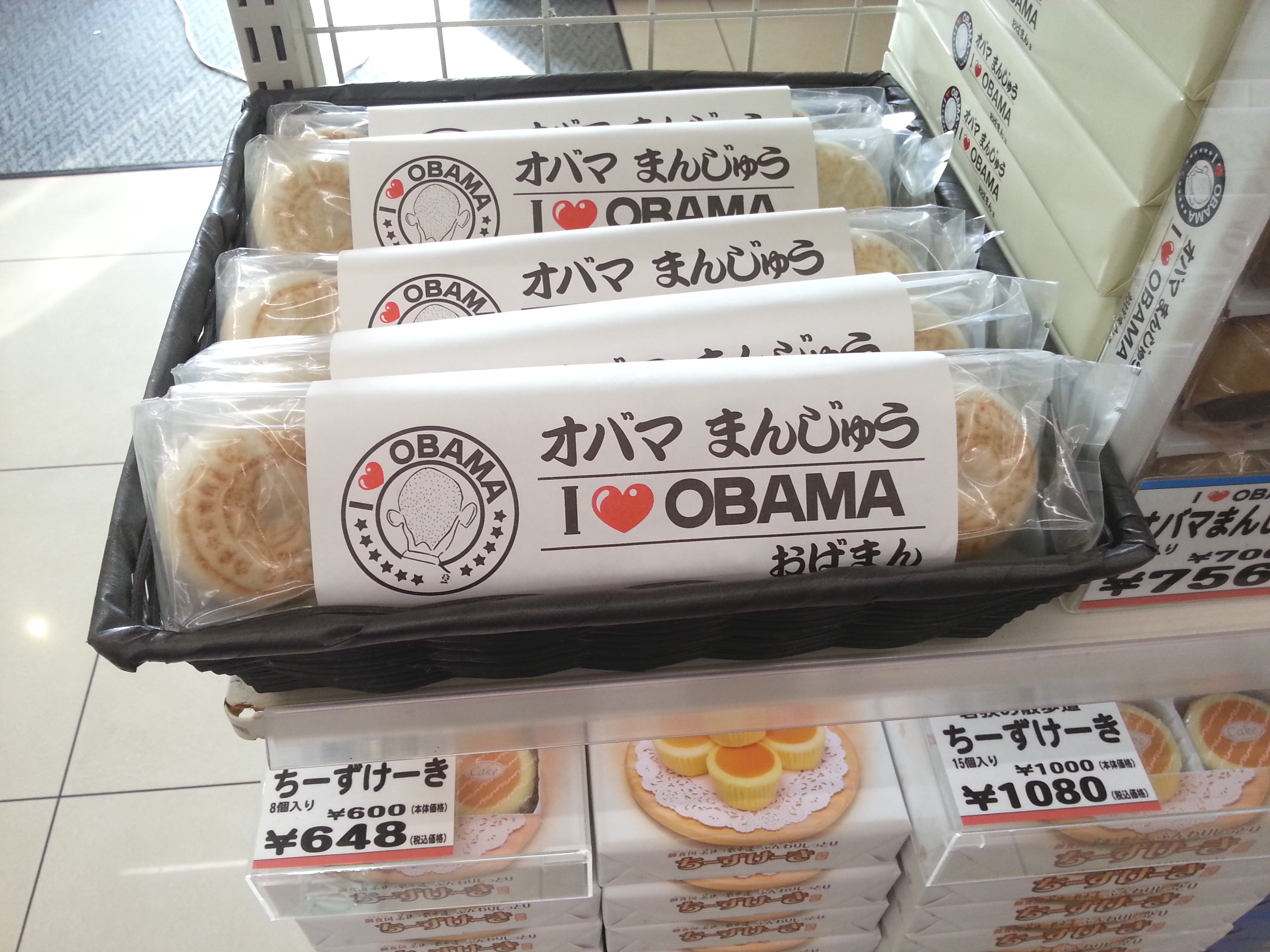 The most popular souvenir in this city seems to be this Oba-man (Obama + manju).