Bees Attack! (NOT the best way to get rid of bees)

Hey guys. I’m Mr. Wada on duty. I’ve got to tell you how to get rid of bees after what just has happened to us.

Ways to Get Rid of Bees

There has been an uncomfortable situation around our place. BEES. It seemed that they’d made a nest down the house (there’s some space they could sneak in). Whenever Ren (Mrs. Wada) exercises and jumps around (currently she’s been into Fitness Blender workouts), I hear big bees coming out and it does freak me out. Should I call an exterminator?

Thought of taking cake of it myself. First I left this trap near where they would be. 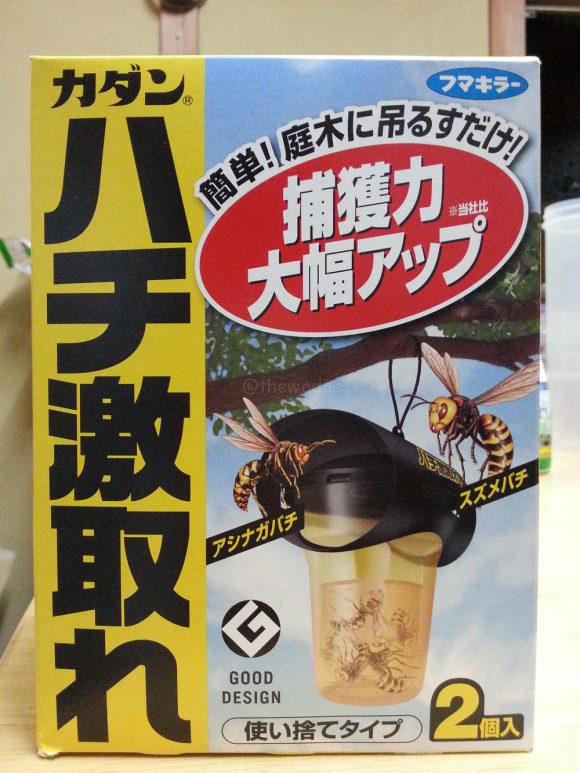 I remembered I still had another smoke agent for cockroaches that I introduced on the previous post.

Ways to Get Rid of Cockroaches and Bugs – The Wadas

I wasn’t sure if it would help to get rid of bees. At least it’d scare them off, so they would leave…

After work I set the smoke before dinner. 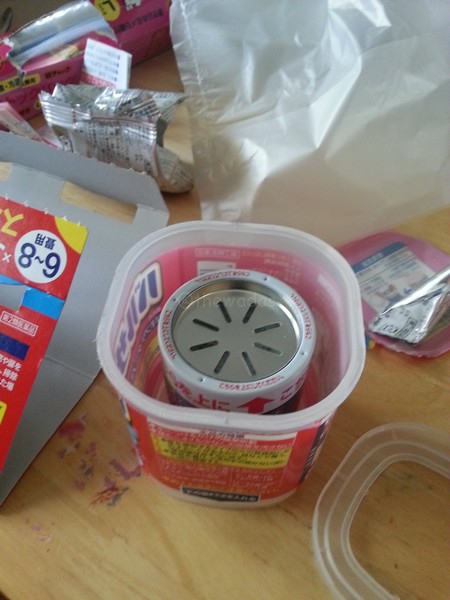 Hoped it would work. After dinner we were wondering how it was going, opened the window (on the backyard side) then we saw a bunch of bees sticking to the bug screen. Wow. They were upset or perhaps panicking for what’d been happening to them.. Saw some of them fallen on the ground so I thought we should leave them until they are done for. But they kept bugging us and we realized that a kid next door normally comes home late. He parks his bike near this. Hmmm. And also a guy next door smokes right out there at night. Better take care of it since we were the one who started it!

Note : Sorry we were also freaking out. Totally forgot to take photos. (>o<)

I didn’t have a bee spray so grabbed a cockroach spray and aimed at them through the screen. 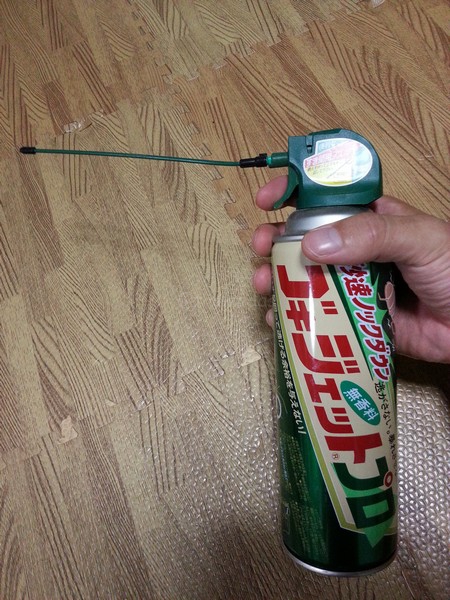 It was like Bee Safari! They looked so close! The spray wasn’t for bees but that can kill cockroaches should be able to kill anything right? Sprayed it right to their faces one by one. They fell in an instant. It seemed to work on bees as well! Alright.

Eventually it ceased down. I guess I had them all. War is over…

We took a look in the morning. 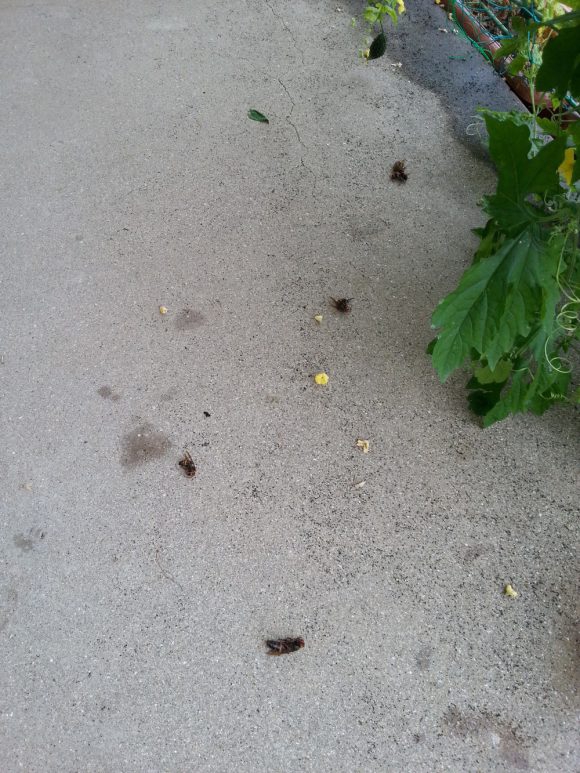 Since I’ve been stung by a bee before (such a long time though), I have kinda Bee Phobia. Quite afraid of getting stung again and get anaphylactic shock to death. You know it’s extremely dangerous. Anyway, we are hoping any of those bees won’t come back. Now I think we better be well-prepared for stuff like that. I guess I will have a bee spray in storage. Hm. It wasn’t useful information after all though, I hope it might help for you to get rid of bees. Hehe.