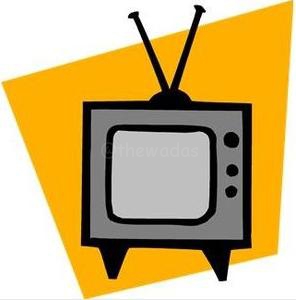 How are you doing? It’s Mr. Wada on duty. I’ve been a couch potato lately, spending a lot of time watching TV. I notice there are many TV commercials that annoy me and disturb my fun. However, I also see some interesting ones. Perhaps I should share it. Brad Pitt, Tommy Lee Jones, Bruce Willis and Miranda Kerr. Who do you NOT know? All are well-known stars. Though, can you believe that they have been on TV commercials in Japan?

In the West, generally speaking, being on a TV commercial is considered to lower the status as a star (if it’s right). On the contrary, in Japan it rather gives a status. TV commercials tend to be a place to appeal one’s existence, and more importantly it’d bring more money in pocket. Even for Millionaires/Billionaires of Hollywood, it seems to be a worth working for a 30-second TV commercials.

Here are some interesting examples that I know of.

An EDWIN (Jeans company) TV commercial by Brad Pitt back in the mid 90s. Young Brad plays the guitar and sings its Jeans name “503” aloud. In Japanese, we pronounce it Go(5) Maru(0) San(3). Hear it? For me, it only sounds like ‘Go Mari son’ which means nothing. I thought it was funny back then though.

The Men In Black Agent has been on a series of a canned coffee TV commercial for a long time. He’s supposed to be an alien disguised as a human to research about life of people on Earth. In each episode, he happens to work at different places, sees thing and comments with his sarcasm. I find it funny. This series is still continuing. I look forward to the next episode.

Mr. Die-Hard makes a laugh on a car commercial. Unfortunately, I couldn’t find it with the subtitles.

The plot of the commercial is the guys from Daihatsu Car are struggling to have Bruce Willis act on its TV commercial the way they want it. In part 2, it’s funny that Bruce Willis obviously speaks out the car name (Mira es) wrong. In part 5, the guys ask Bruce Willis do the action like in his movies but Bruce Willis keeps saying “It’s dangerous, dangerous” in Japanese, meanwhile the guys repeatedly saying “Not dangerous, not dangerous,” and he end up not doing it at all!

An Australian super model has been on a detergent TV commercial. Rather surprising to see her like that. I wouldn’t notice if I weren’t told. Don’t know what to say…PON?

Mr. Tanaka from my favorite movie Inception has also been on some TV commercials. To be frank, I wouldn’t want to see him too much like that. Yeah, it makes sense now, that makes stars look cheap after all.

How do you find them? I wonder if they would do the same thing in other countries as well. If you know any, please share with us! See you around!