There are always heroes in our heart…would you count super heroes though? If you grew up in the West, perhaps your super heroes would be Superman, Batman, Spider-man, etc. How about in Japan? Let’s see… 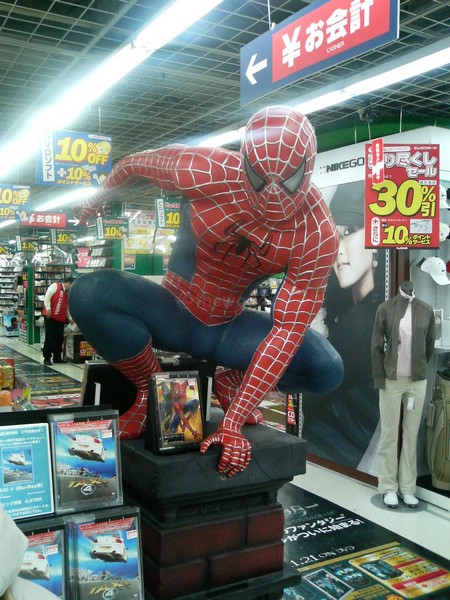 Like I have mentioned before, there are popular characters, but also Super Heroes.

The first thing that comes to my mind would be Kamen Rider. There are variety of series of Kamen Rider for each generation.

Its first series was made in 1971. A plot is like these bad guys captured an ordinary man (auto rider), experimented on him and he turned into an insect-alike human with super power, the Mask Rider (he managed to escape and then fights against them). He normally stays in a human form but when the bad guys show up in town he transforms into the Mask Rider with the belt he’s got. And yes, all the kids wanted this belt so bad and I also did have one! (sadly it never worked on me).

Mine would be Kamen Rider Black RX(1989). It feels weird that I don’t remember this song at all!.

The first series was made in 1966. For my generation, it was Ultraman Taro (or perhaps Ultraman Seven?). Not that I tried to copy their actions but I would always look forward to a new episode on TV every week.

Its plot was, this Ultraman (a space alien) accidentally involved a guy to death while his on duty, so he decided to give him his life to rescue him. Since then they are together and start to protect the world from other space aliens that often come to Earth (specifically to their town).

The first Power Range series called Go Ranger was made in 1977.

To be frank I didn’t grow up with this. However, it might be also known worldwide since it has been made also in US and other countries.

The series of Power Rangers has been going on for long time, as long as the other previous two. Though concept is always the same. They are always five of them (Pink, Blue, Green, Yellow, and Red). When the bad guys show up, they transform into Power Rangers and fight for the world!

This new one seems to have some Ninja concept…

These shows are quite big still in Japan but mostly for kids. That’s a big difference between Japanese heroes and Americans, I’d say. I wonder what your heroes are from childhood. Please share with me! See you around.