How to Prepare Kouden (Condolence Money) for Japanese Funeral

Life events occur now and then and unfortunately it happens to be a funeral sometime. This time though in case there is a funeral around you while in Japan, here is one thing you should know about which is called kouden.

Kouden (香典) or Okouden (お香典) is condolence money just like weddings (not for celebrating though) and there are some rules for kouden as well. You don’t have to follow every single Japanese custom but if you don’t plan on being rude, at least you should be aware of it.

How much should Kouden be?

This is always the first question that may come up. It is totally up to you but here is some reference that may give you some idea. You could consider based on this so it wouldn’t be either too much or too little.

There is a type of envelope for kouden which is white with a faced-up black-and-white ribbon. Just make sure NOT to get one in red & white which is for celebration.  It’s available at convenience stores, 100 yen shops, book stores, pretty much everywhere. 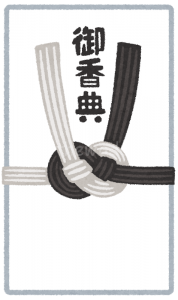 The envelope for kouden comes with another envelope inside. Write down an amount of money you put in the front and your address & name in the back like below. 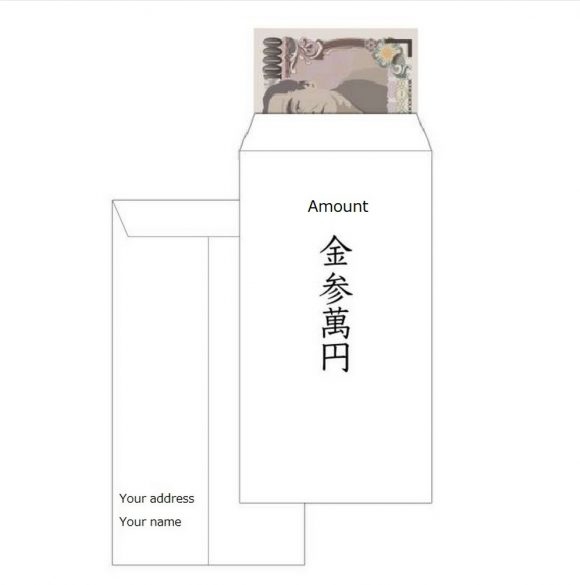 Now put the envelope with money in kouden and close it.

As a manner, kouden should be covered by a cloth called fukusa to protect it from dirt, etc. until given at the funeral reception. You could use a regular handkerchief instead as well. Here is a reference how to fold fukusa (image below is for celebration. Ideally dark color should be appropriate for condolences). 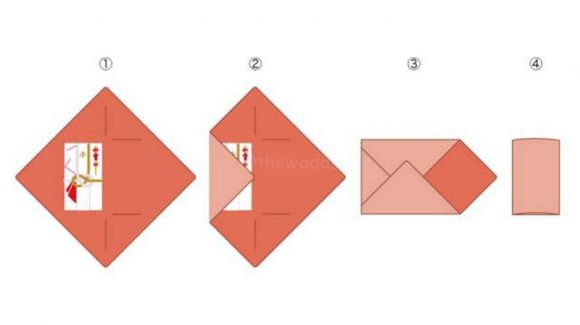 If you are an attendant, you may get a gift called Kouden-gaeshi from the organizer another day which is worth about a half of the kouden you give. (e.g. something worth 5,000 yen for a 10,000-yen kouden). Koden-gaeshi would be ideally consumable like soap, food, etc. 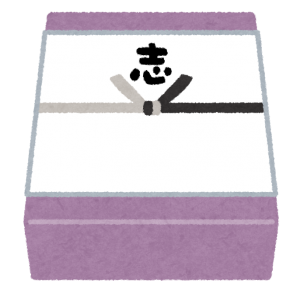