How to use Seishun 18 Ticket: Save Up Wisely in Japan

Finally, spring has come in Japan and talking about spring, one of the main big events during this season would be “hanami” (cherry blossom viewing). But this time, I won’t be talking about hanami. Instead, I’m going to introduce a good deal you can avail during this season if you plan to go on travel. Have you heard of “Seishun 18” ticket? In my last trip (mission) to Osaka and Kobe, I used this very reasonable train ticket.

What is Seishun 18 ticket?

“Seishun” means youth and originally, this ticket is for young people to avail during school breaks. But now it is available for everyone. This ticket is worth of 5-day unlimited rides on JR (Japan Railways) local trains. Although it doesn’t include bullet trains, to people who doesn’t mind traveling by local trains and has extra time to spare, I highly recommend it. 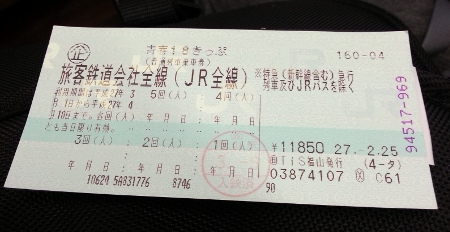 Where to buy and how much?

You can buy Seishun 18 ticket mostly at any JR stations with a ticket office at the price of 11,850 yen (as of March 2015). That is 2,370 yen per day. Expensive? Well think about it, that’s unlimited rides for 24 hours (counting starts at midnight). Just an example, you can actually travel from Hiroshima to Tokyo as long as it’s within 24 hours. It would normally cost around 19,000 yen using the same trains.

Other than JR ticket offices, you can also buy this ticket at discount ticket stores like in the photo below. 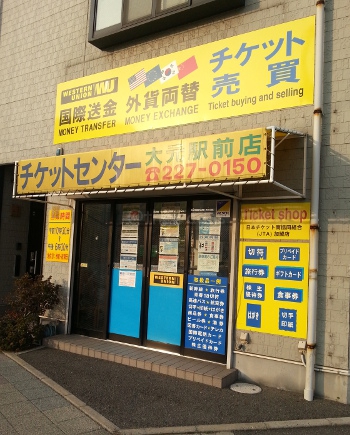 At discount ticket stores, they offer some options like buying the entire 5-day worth ticket at first, then return it and you can get your money back for the unused days. Although, you have to return the ticket to them on the date they specified. Or, if available, you can buy a ticket (partially used) with an exact number of days you want. 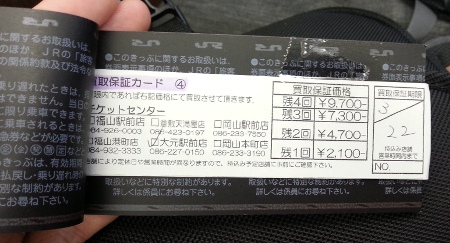 How to use it?

Alright, we got our ticket already. Now, let’s use it. At the train station gate, show your ticket to the staff and they will stamp on it. The stamp will indicate the date of use. Another good thing about this ticket is you can use it together with someone else on the same day, as long as you stick together. So, if there are two of you, the staff will stamp twice.

Once stamped for that day, you just need to show it to the staff every time you pass  through the gate. Don’t insert the ticket to the machine because it won’t be recognized.

So we used this ticket during our last mission in Osaka-Kobe. Here’s our itinerary and cost comparison for transportation only. All amounts are in yen currency.

On a tight budget or not, it’s a good deal to avail. To know more about its validity periods, sales dates, valid train routes and more, you can check it here on JR Company’s website. It’s in English, so no worries.

I’ll share more details about our mission next time.