Make Your Own Hanko (Japanese Seal) at Don Quixote

Hello people. It’s Mr. Wada back on duty! As I’ve explained about hanko (Japanese seal) in the previous post, it is one thing you must have in Japan. For the apartment contract, creating a bank account, these all require a hanko! It is available at hanko stores but if you aren’t sure/confident dealing with your Japanese, here is some reference. Let’s try make your own hanko at Don Quixote!

Make Your Own Hanko at Donki!

Don Quijote (Donki) is sort of department store like I have mentioned before. There are Donki stores pretty much everywhere in Japan. And some stores have the hanko machines that you can design and make your original hanko!

OK, let’s get started. NOT all Donki stores have this hanko machine. You should ask staff at the store if you don’t see it. 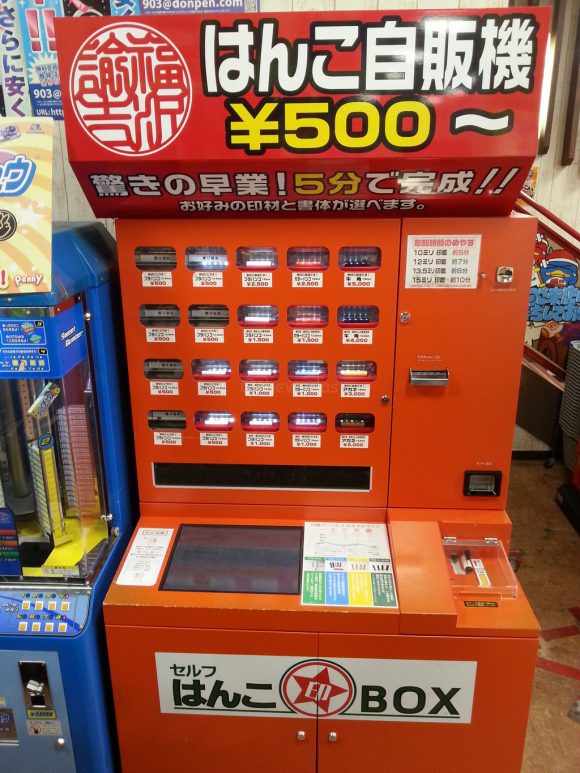 It’s a touch screen. Tap the button in the center to start. 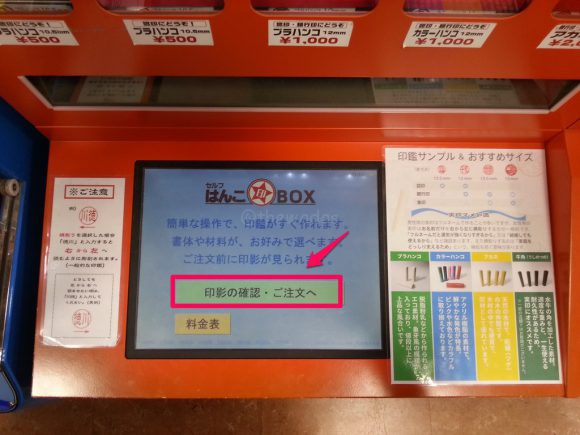 Pick a basic design. It suggests to pick the first one for Mitoein, second one for Ginkoin, and the third one for Jituin. Check this post for understanding differences. 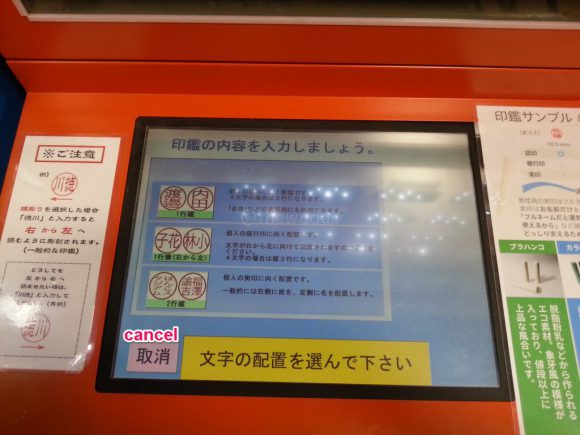 Type your name. You can use Roman alphabet as well. Tap ‘NEXT’ to go to the next step. 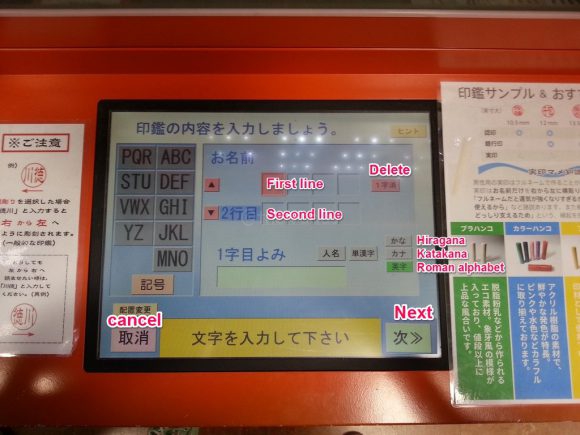 Select a font you would like. Tap ‘NEXT’ to the next step.
*For a security reason the design is not displayed… 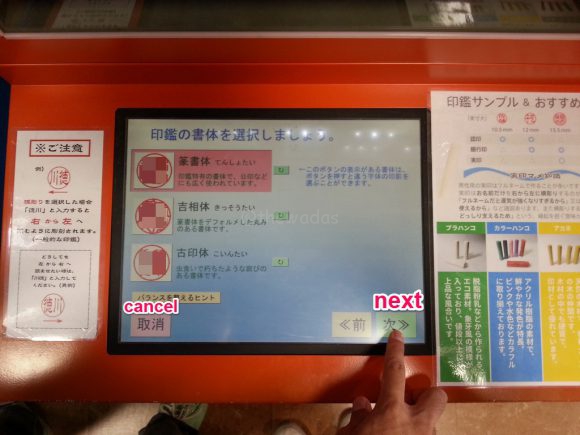 You can adjust thickness and layout. After editing either thickness or layout, it comes back to the same page. If you would like to make more changes, tap ‘EDIT’ again. FYI, it is suggested that text (your name) should NOT touch the circle. If it does, edit layout and adjust. When you are done, tap ‘NEXT’ to the next page. 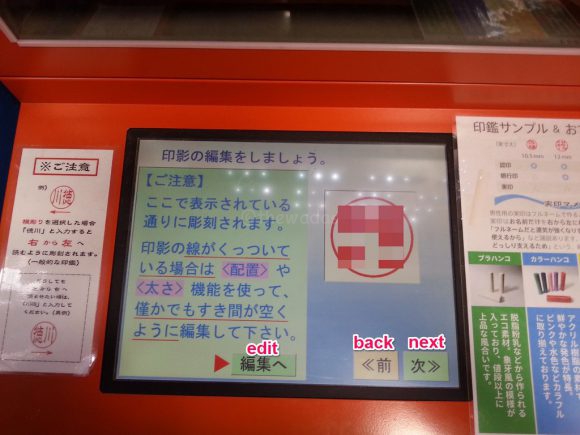 Editing thickness of the text. 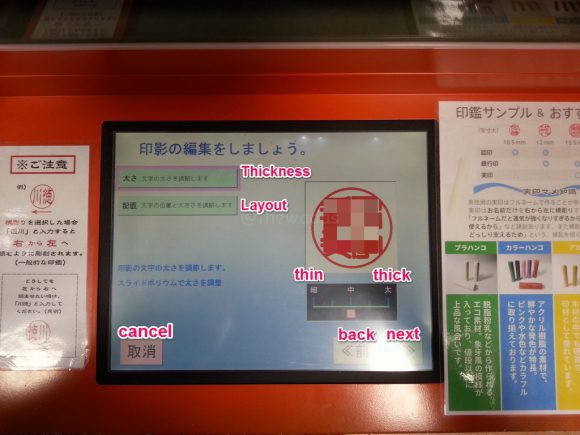 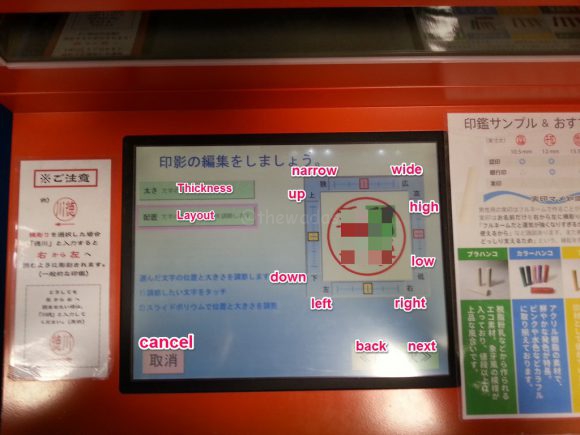 Now choose a hanko from the list. Actual hanko(s) can be seen just above the machine. 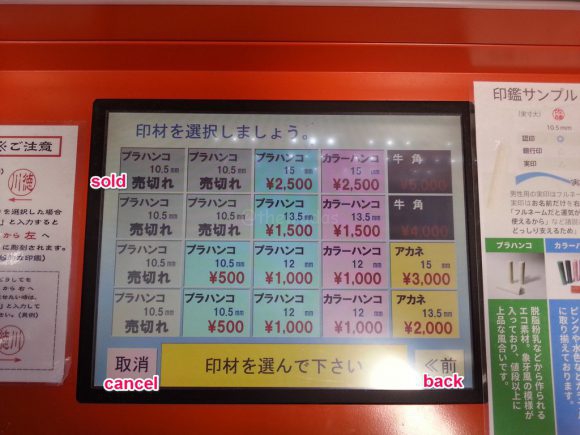 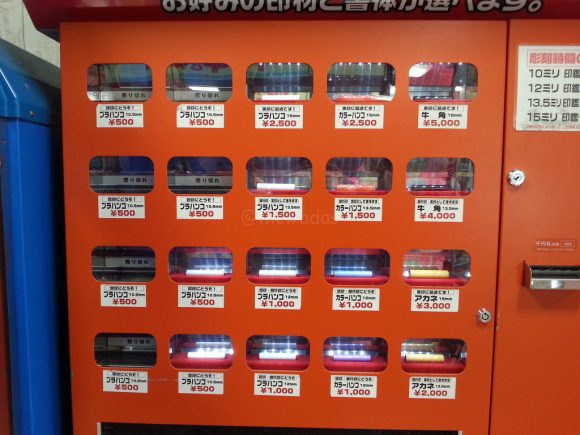 I’m going for this one. 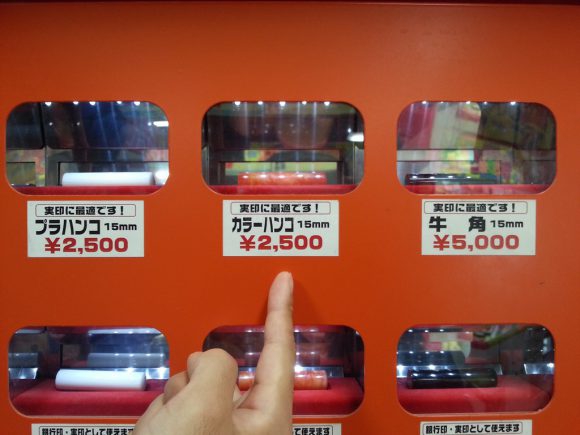 Select one on the screen and tap ‘PURCHASE’. 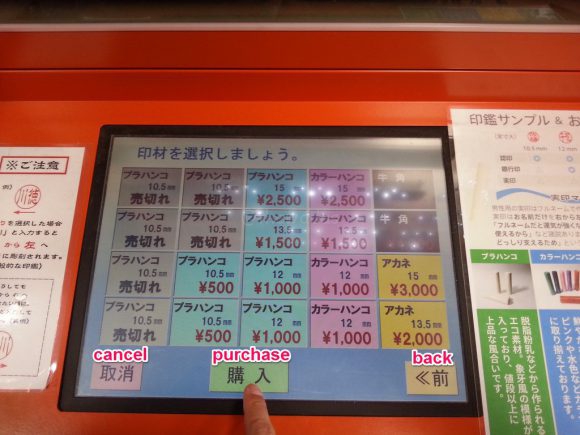 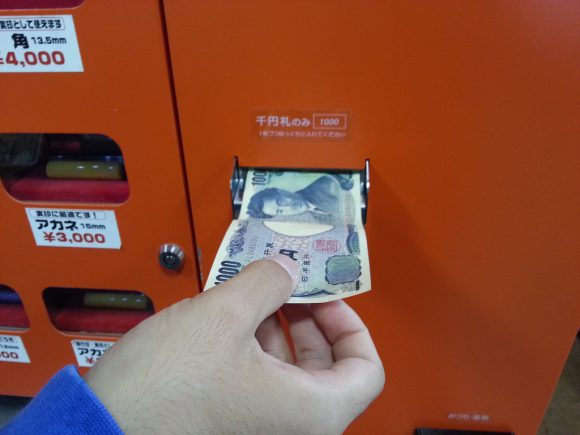 Take your hanko and tap ‘taken’ on the screen. 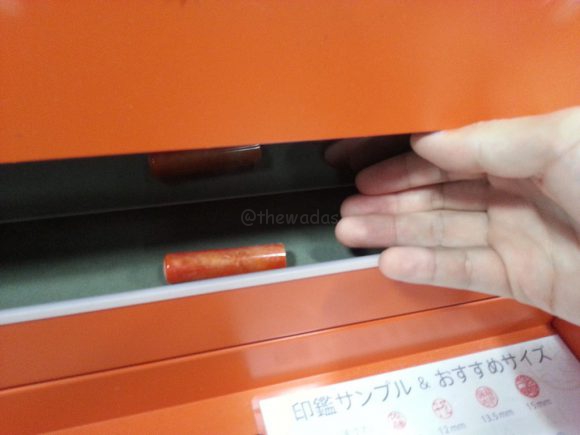 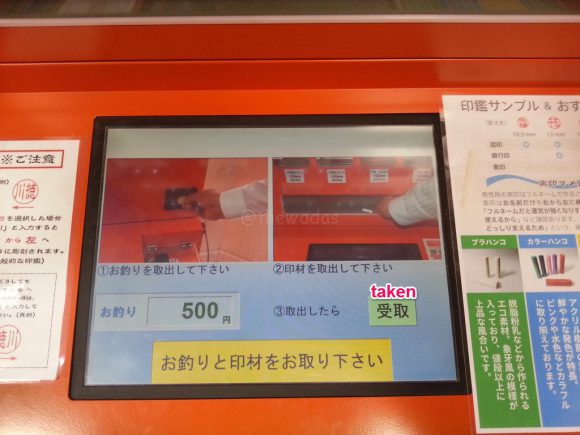 Now set your hanko into the cutter and lock. 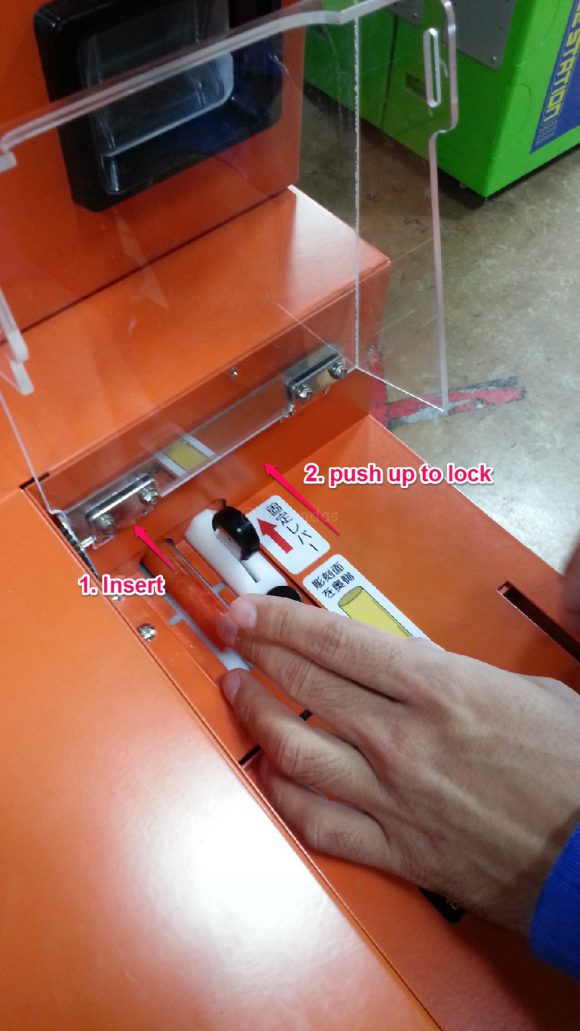 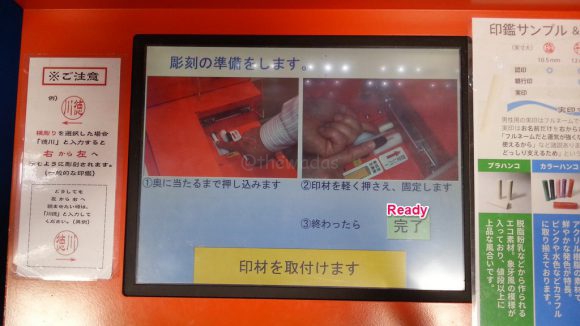 It starts the cutting. 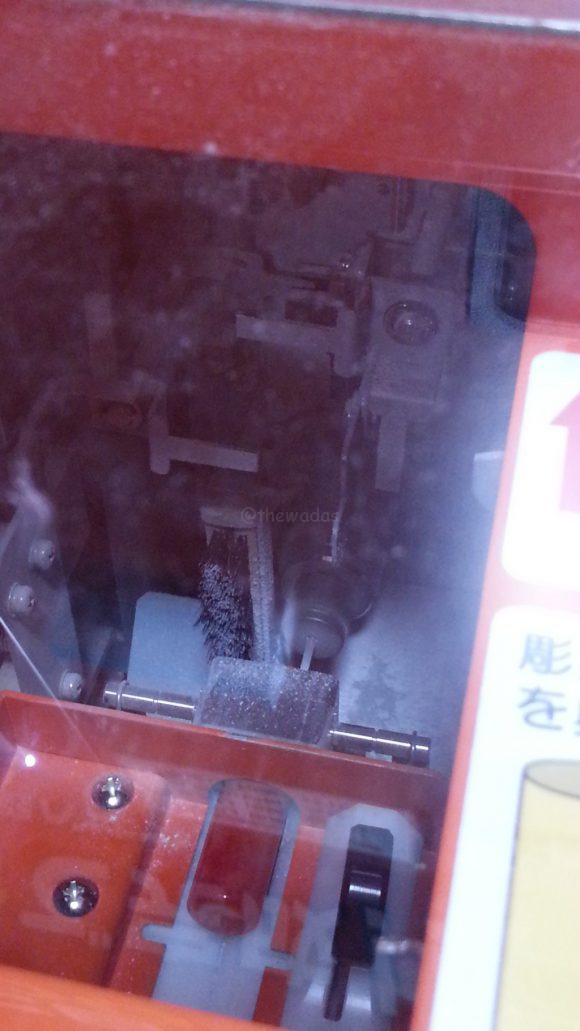 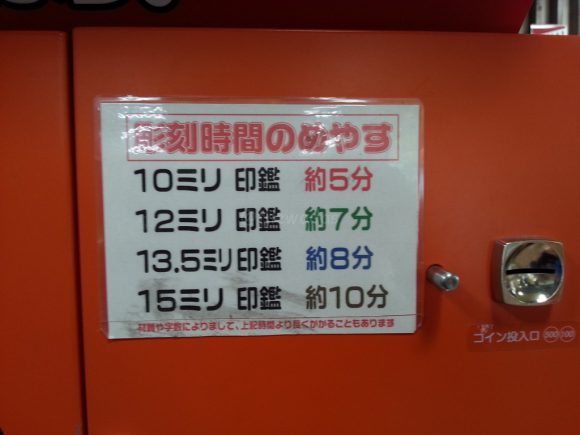 (After minutes) alright it’s done. Open the cover, unlock the holder and take the hanko out. Now you got your own hanko! Welcome to Japan. 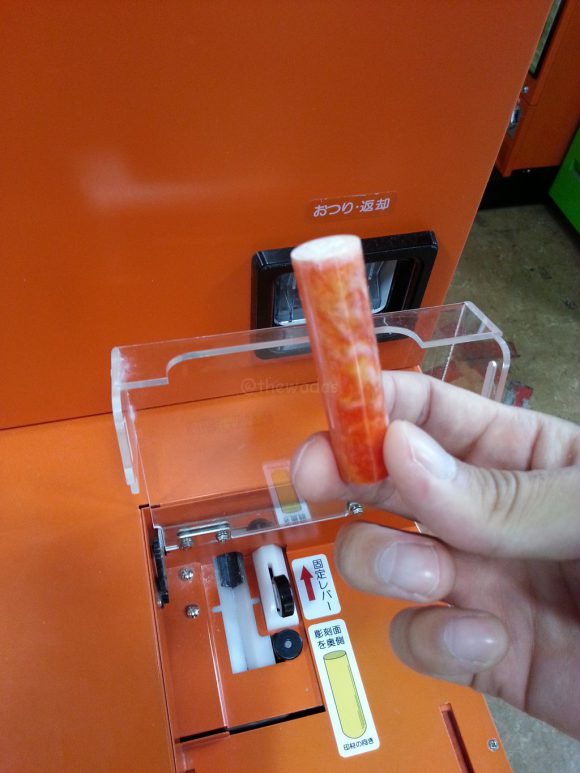 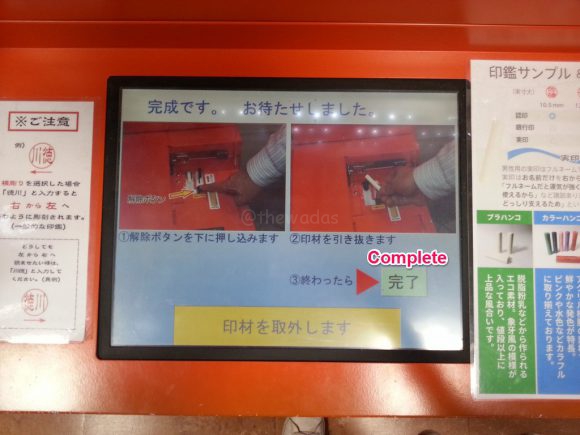 How do you find it? It actually would be nice for a souvenir as well. Why not get one for your friends or family?