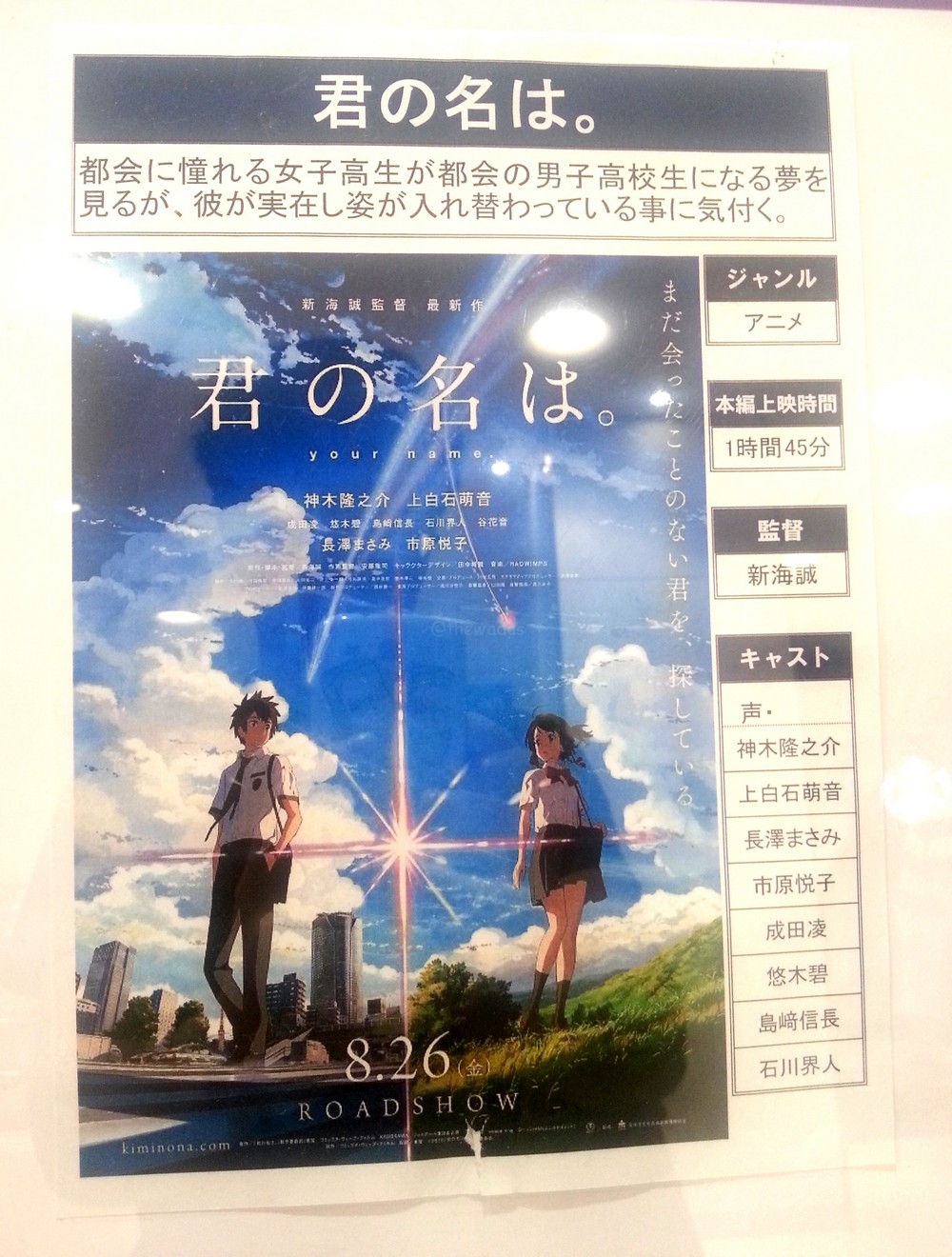 Kimi No Na Wa (Your Name)

Kimi No Na Wa (Your Name) is a Japanese animation film released in August 2016. As of October 2016 in Japan, news says it is the first non-Ghibli animation film that has earned more than 10 billion JPY in box office which is considered a big hit.

Since it has been a big hit and hype on TV, it is starting to involve non-anime watchers. I am neither an anime watcher or non-watcher but sure I got interest in this film.

A high school girl in suburb of Gifu Prefecture and a high school boy in Tokyo transported into each other’s bodies. They think it is a dream but they realize it happens for real. Both are confused first but slowly acknowledge what the situation is and then start enjoying different lives in different cities, bodies, and genders!

You may find it cheesy first but some mysteries and thrills might drag you into it. It is a love story after all but seemed to have good balance.

The music is by a Japanese rock band RADWIMPS. The theme song Zenzen Zense (前前前世) is very catchy and has influence to the film. Other songs and music in the film are also by this band.

It is written and directed by Makoto Shinkai. I had have never watched his works before but I can tell that he’s very good at using rays very effectively and beautiful views. It’s quite something. We sometimes forget we are watching an animation. This TV commercial below is also created by him. Very recognizable.

I suppose this film is a good example when story, music and some materials perfectly matched to what people want. Well, that’s trend right?

2 Replies to “Movie Review: Kimi No Na Wa (Your Name)”