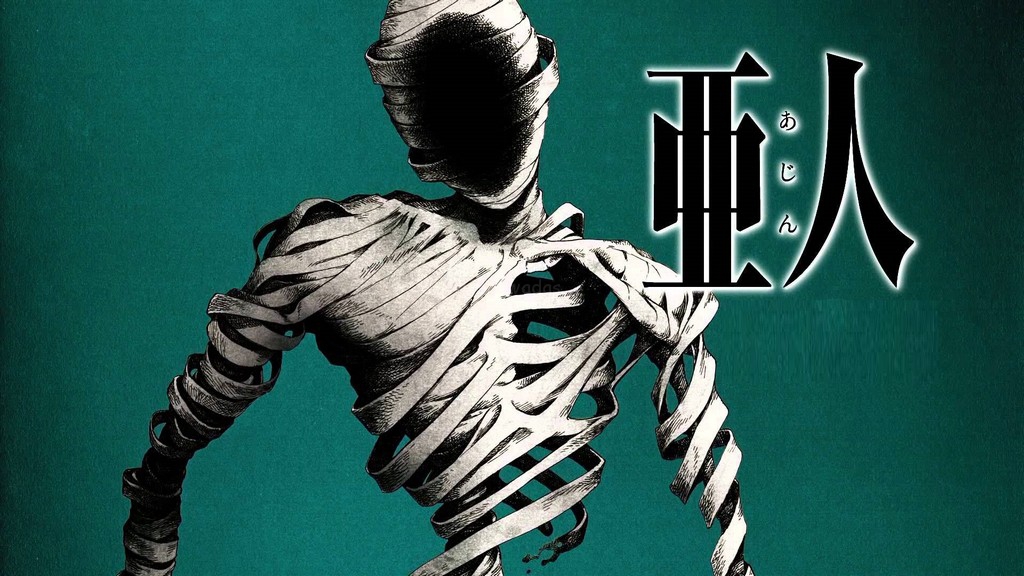 Hello it’s Mr. Wada back on duty. It’s TV review time! I would like to introduce Ajin Demi-Human (亜人) this time.

Ajin is demi-human that never dies, immortal in other words. They look nothing different than humans, so they are mostly living in human society and some don’t even know if they are Ajins until they ‘die’.

The main character, Kei Nagai comes to realize he is an Ajin after being ran over by a truck (his body regenerates). Ever since the incident, the government is after him to capture him for the so-called ‘study’. He escapes and meanwhile learns he’s not the only Ajin. One of Ajins that he meets, Sato, leads him to the cruel truths of how it is like to be an Ajin…

This show comes with some battles but it’s not that battle-battle like other action titles. Mystery & suspense would suit more. It does not come to an end completely but with or without a possible sequel, it gives a convincing ending at some point (for me).

Da da da. The live action film of Ajin was made in 2017. It seems…..well, what can I say without watching? Maybe I should give it a shot sometime.