What’s up people? It’s Mr. Wada back on duty. I would like to share the night of the Naked Festival (Hadaka Matsuri) in Okayama City this time.

Saidaiji Hadaka Matsuri is an annual event being held at the temple in Saidaiji area (eastern Okayama) with more than 500 years of history. This is actually the area where the Wadas often hang out for fishing in summer. Only one man from 9,000 participants wins luck & fame. However, it doesn’t go that easy.

At 21:00-ish. There are many street stands just like with other festivals. Grab some food! I strongly suggest to go to washroom before getting here. We encountered a long lineup. 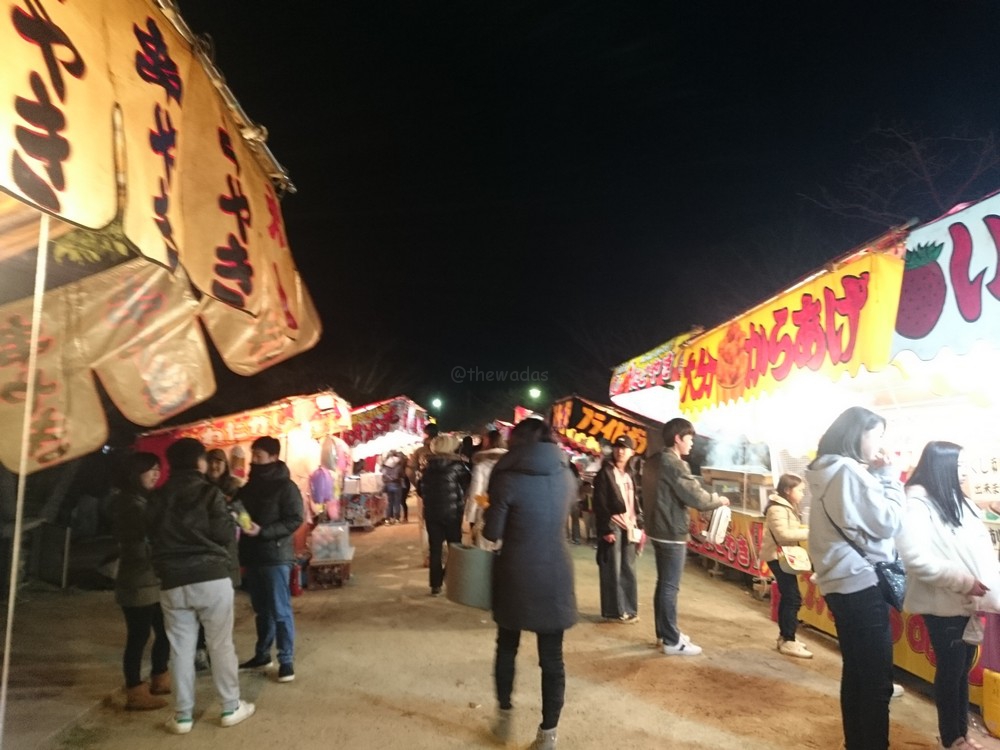 Here goes. The closest we could get to the place was still this far. See the people sitting over there? Tickets for these seats are also available at receptions. Well, we could still see them and feel the heat (steam). They were already pushing each other. 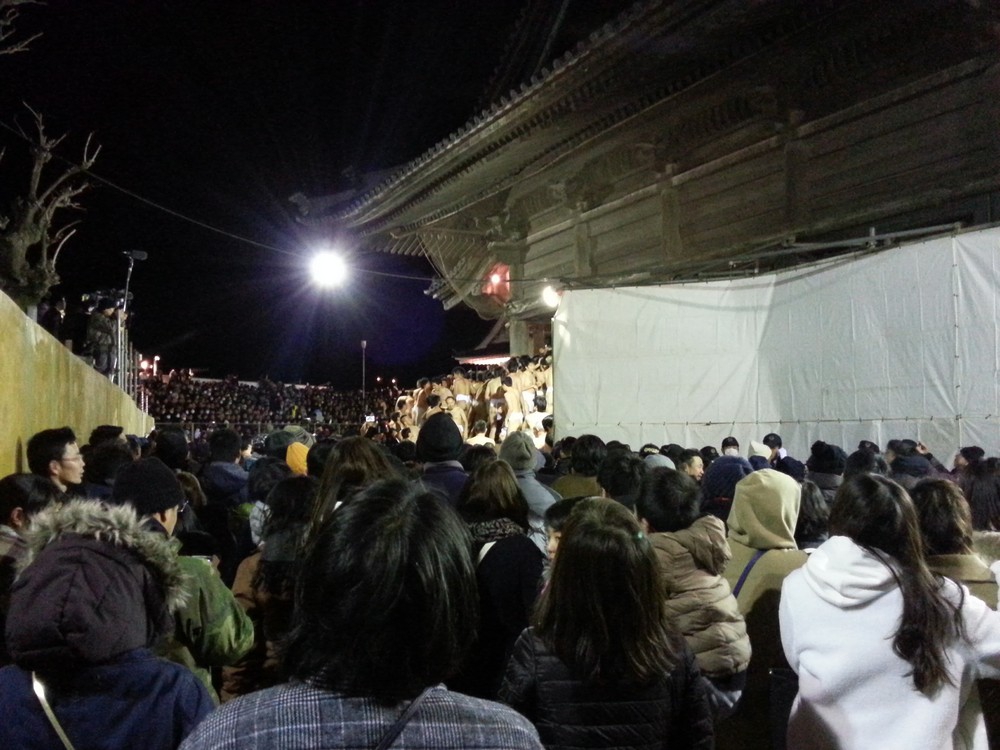 At 22:00. The lights are turned off, then the Shingi might’ve been thrown into the crowd. (as we heard guys screaming). Guys kept pushing! Some fell down the stairs! Geez. 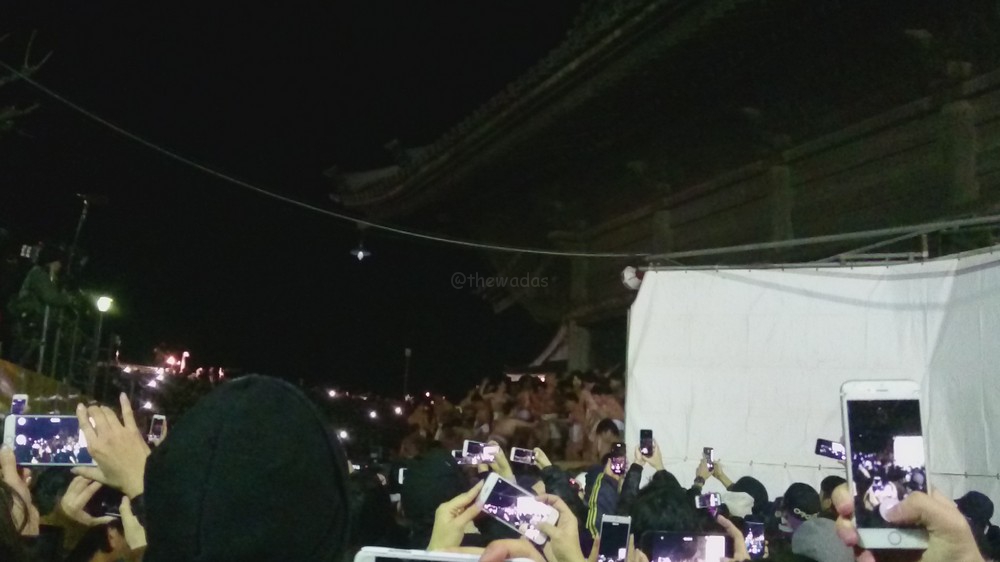 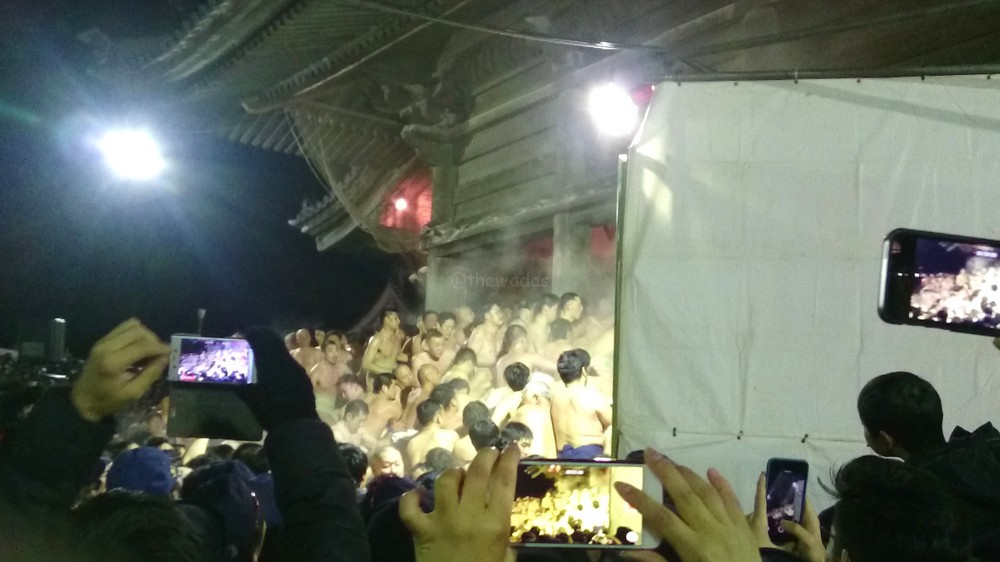 After a while, It kinda slowed down. Someone might’ve got the Shingi…? 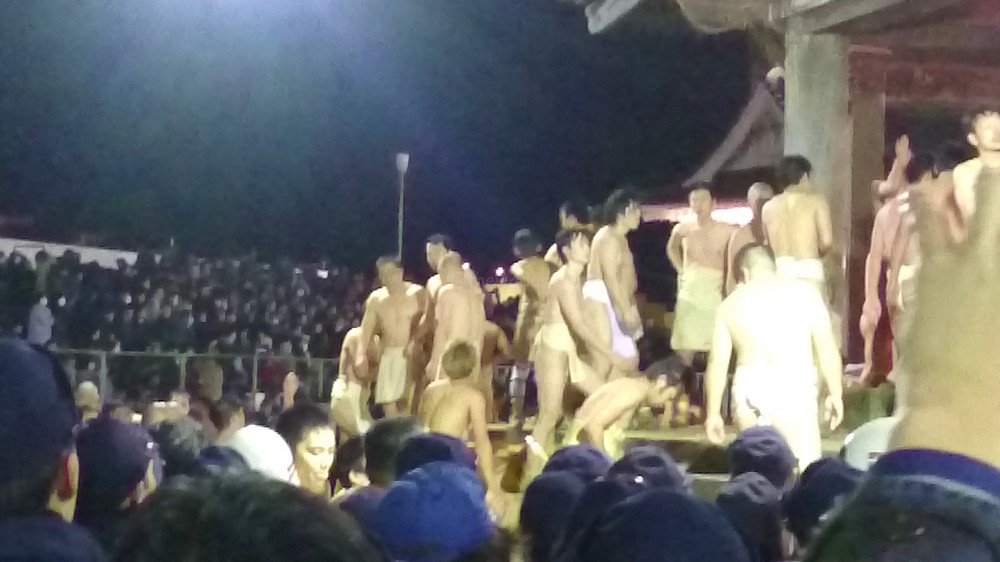 We moved to the other side and saw the guys pushing still around the gate that a winner is supposed to pass through with the Shingi. Apparently it hadn’t been out there yet! So they were all hunting! Oh boy… 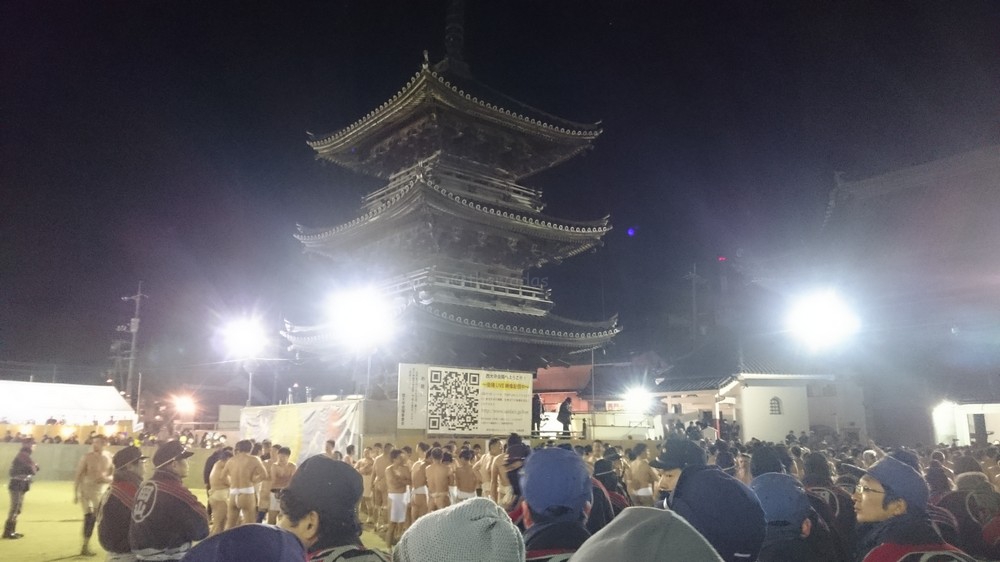 We can’t even see what’s going on. 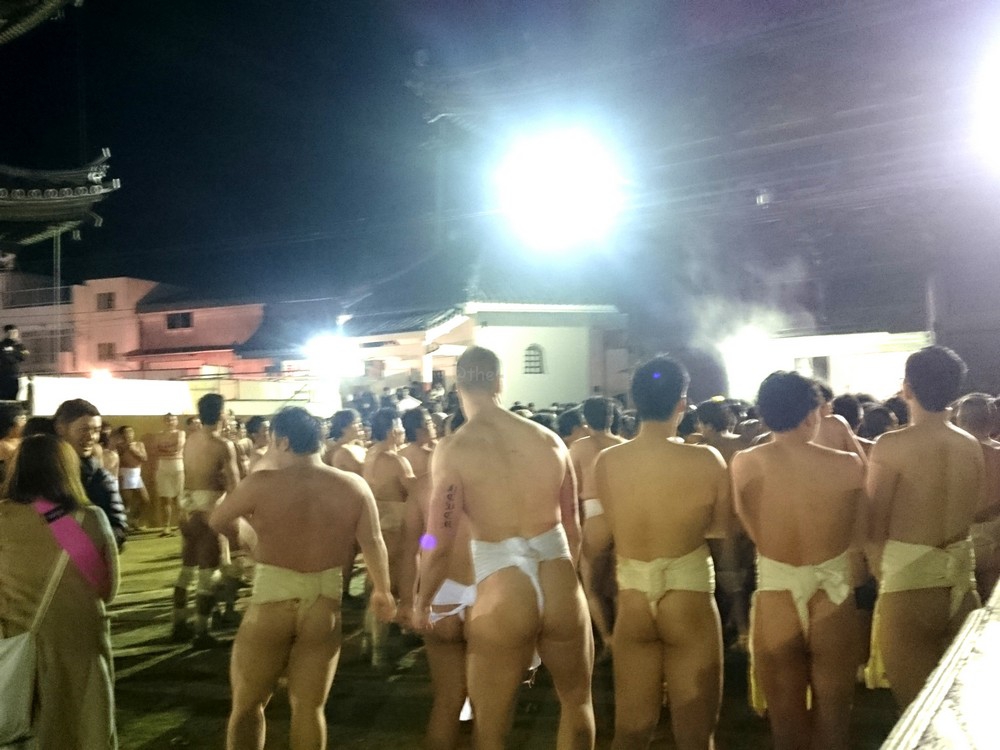 Even after an hour, they were struggling still. I and Mrs. Wada sorta were starting to give up and leave, then an announcement was made. All the guys stopped huddling. Apparently someone finally had made it to the gate with the Shingi. Wait up, so what’s the thing guys near us were fighting for? It seemed that some fake Shingi would’ve been slipped in. How evil! >x< 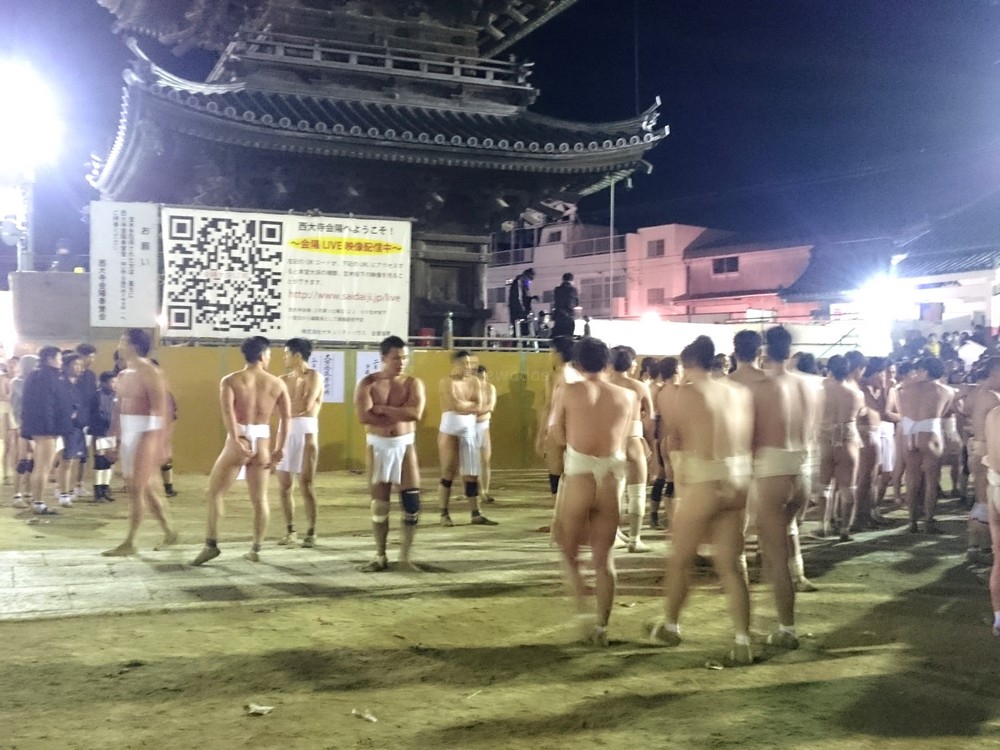 Guys in jackets seem to have given up long ago….

How do you find it? I wouldn’t be able to join such a festival in the coldest time of the year but if you are strong enough, why not give a try and show off your manhood?