Ho ho ho! It’s Sant….(clear throat) Mr. Wada back on duty on Christmas Eve! Yes, it’s Christmas Eve here in Japan. Christmas songs have been played all day everywhere and to be honest I’m getting sick of it. Hehe. Though you might wonder what these songs are from TV, radio etc. I’m sharing some popular Japanese Christmas songs this time.

It is like the most popular and classic Japanese Christmas song. As you see it was released like 30 years ago, but we still hear it every Christmas. Quite catchy.

There is even a Rap version. Sounds funny. Hehe.

At the time for Christmas Carol by Junichi Inagaki

He is certainly an one-hit wonder. Catchy but it brings me back to the early 90s. You know, the bubble era.

Oh, I didn’t know this song is actually this old. Very pop and catchy. I rather like it.

Itsuka no Merry Chritmas by B’z

A Christmas song by a popular Japanese rock band. This song itself is not that rock though.

2001!? However it seems to be already one of classic Christmas songs today. In fact, I often hear this song at stores.

Extra : All I Want For Christmas Is You by Mariah Carey

Believe or not, this song is her biggest hit in Japan. So she still sings it here. Hehe.

Merry Christmas and see you around! 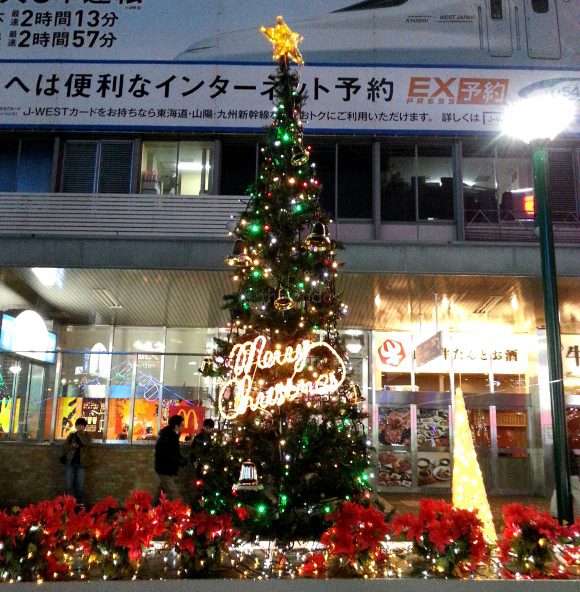