Kumusta? It’s Mr. Wada back in duty lang. (clear throat) I would like to introduce Aburatsu Coffee cafe in Nichinan City (Miyazaki Prefecture) this time.

If you look for Starbucks Coffee for drinks, there ain’t one in Nichinan City but Aburatsu Coffee will do!

FYI, Aburatsu is just one station from JR Nichinan Station. Since a professional baseball team named Hiroshima Carp comes over for the off-season training, this area seems to have more stores than in Nichinan area.

Aburatsu Coffee is just a few-minute walk from the Aburatsu Station on the arcade shopping street. Some restaurants around the cafe look nice. I would love to try them another time. 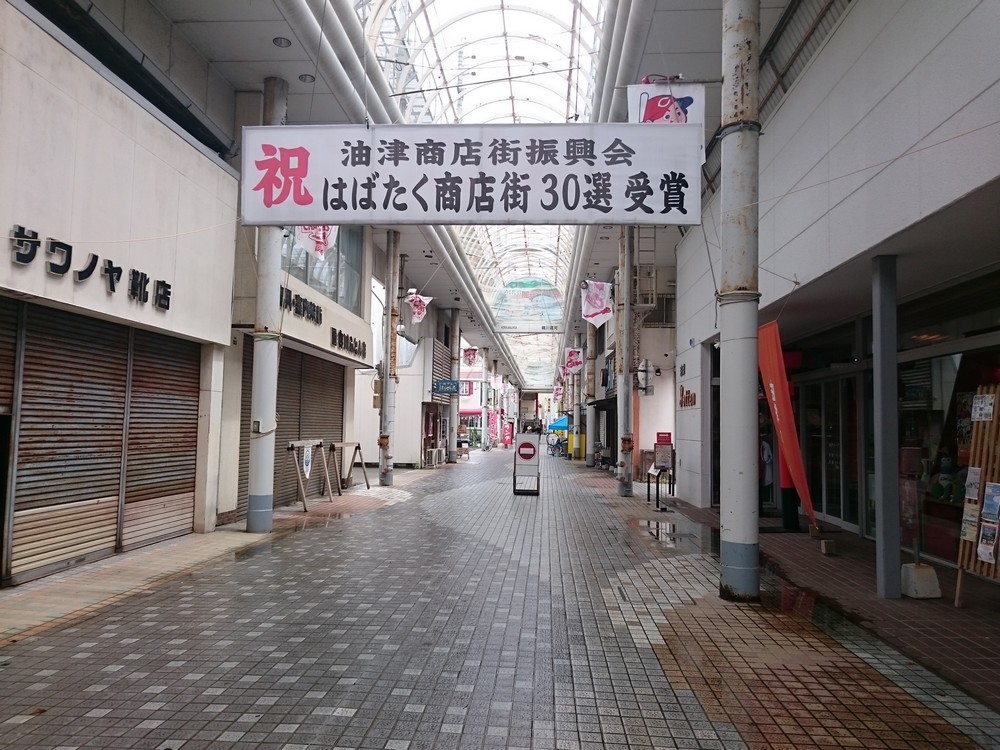 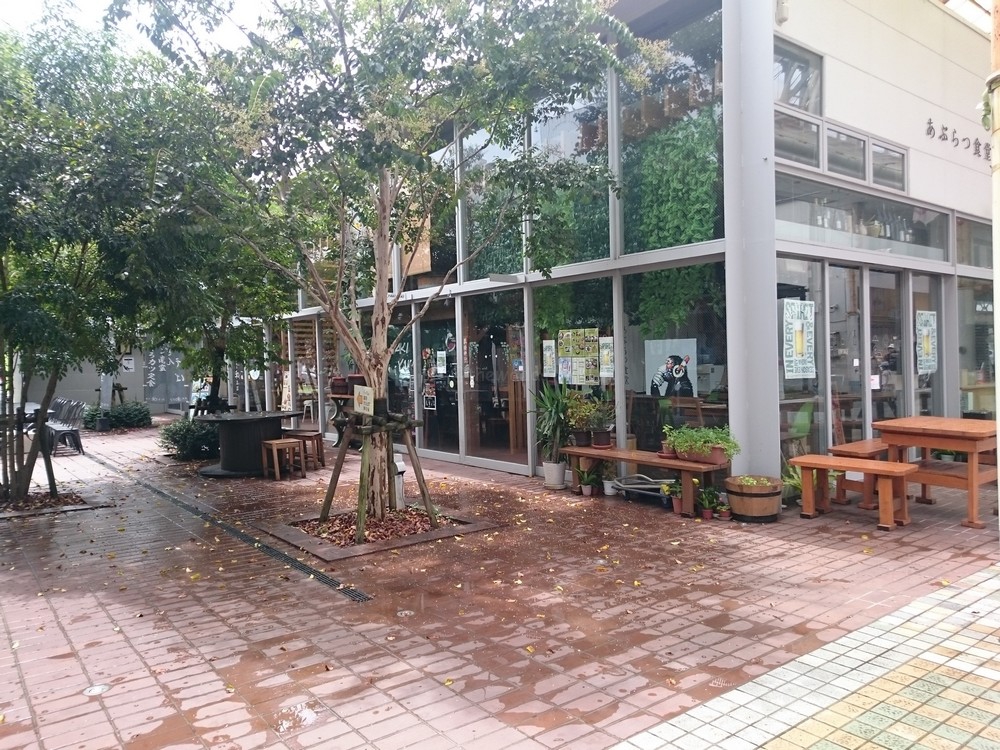 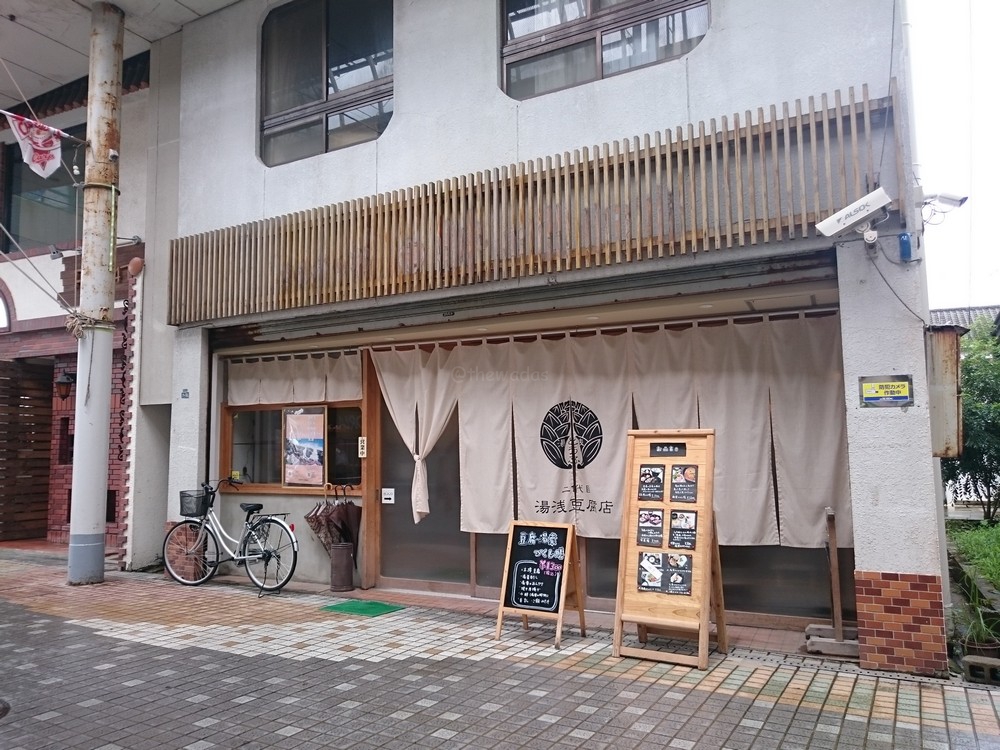 Here we are. Apparently it used to be a kissaten (old style cafe), and reopened by a local company. FYI, this cafe offers free WiFi (big deal!). 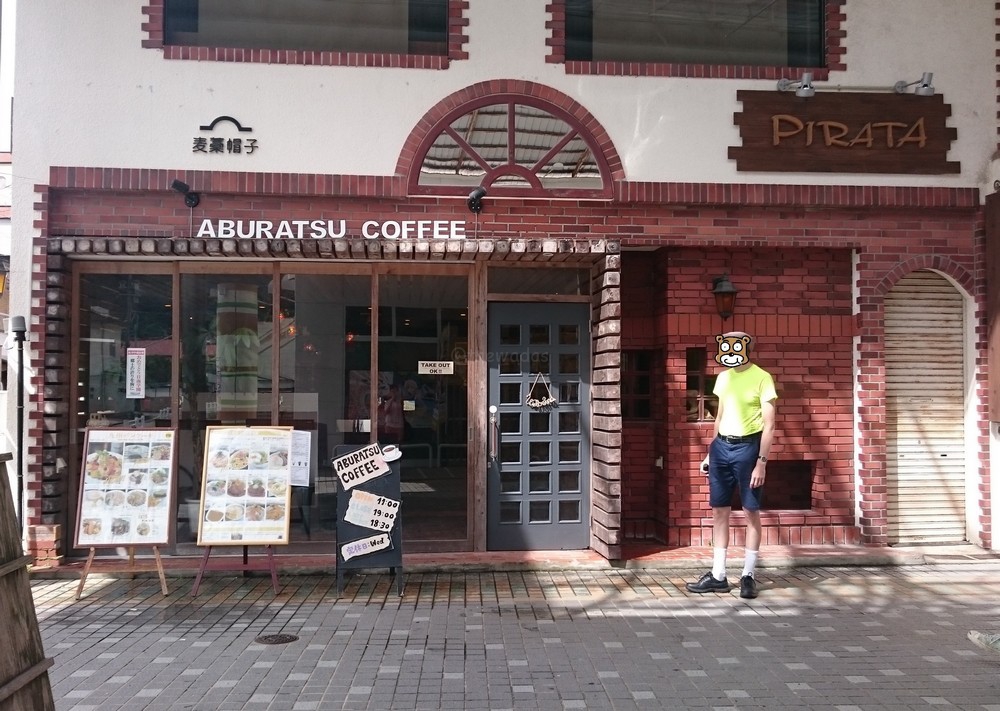 I find its interior and atmosphere neat. Jazz music they play adds up extra coolness. Food menu looks rather ordinary though drinks are cool. 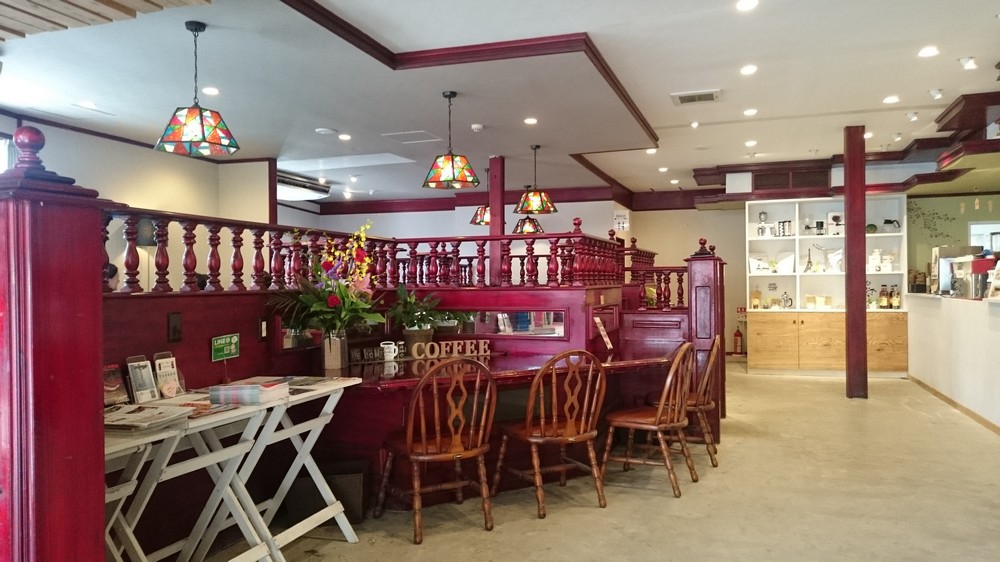 From the front door. 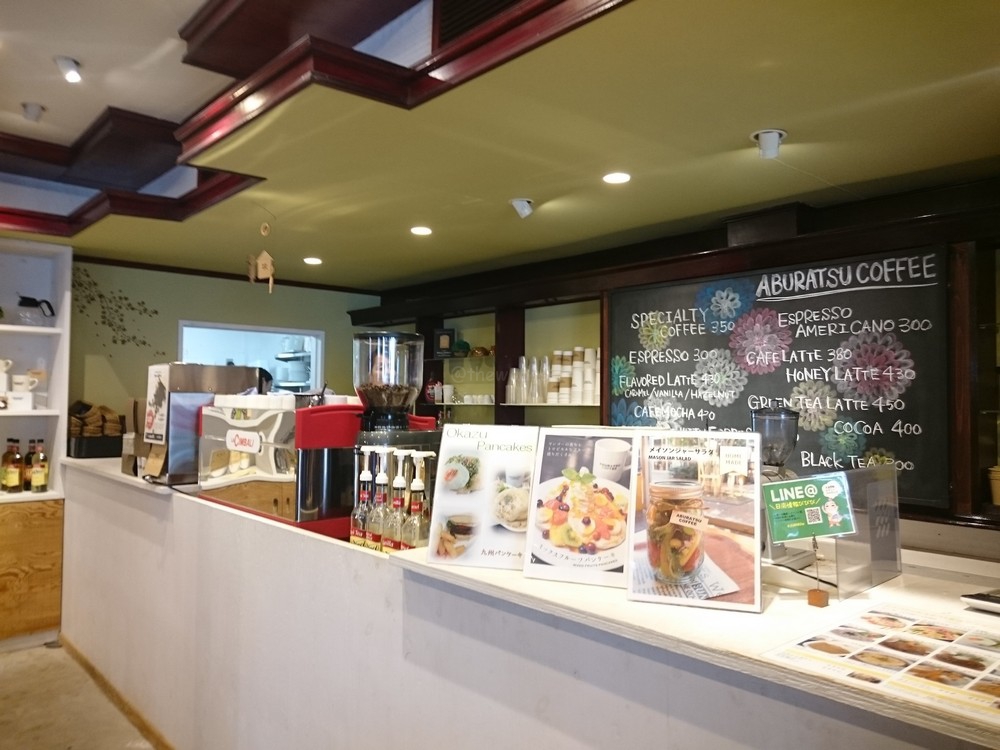 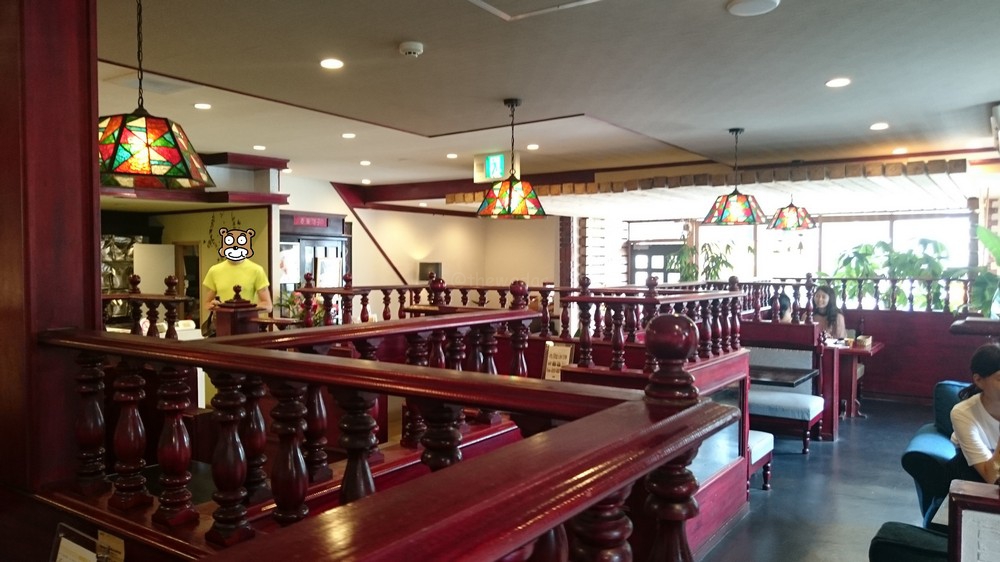 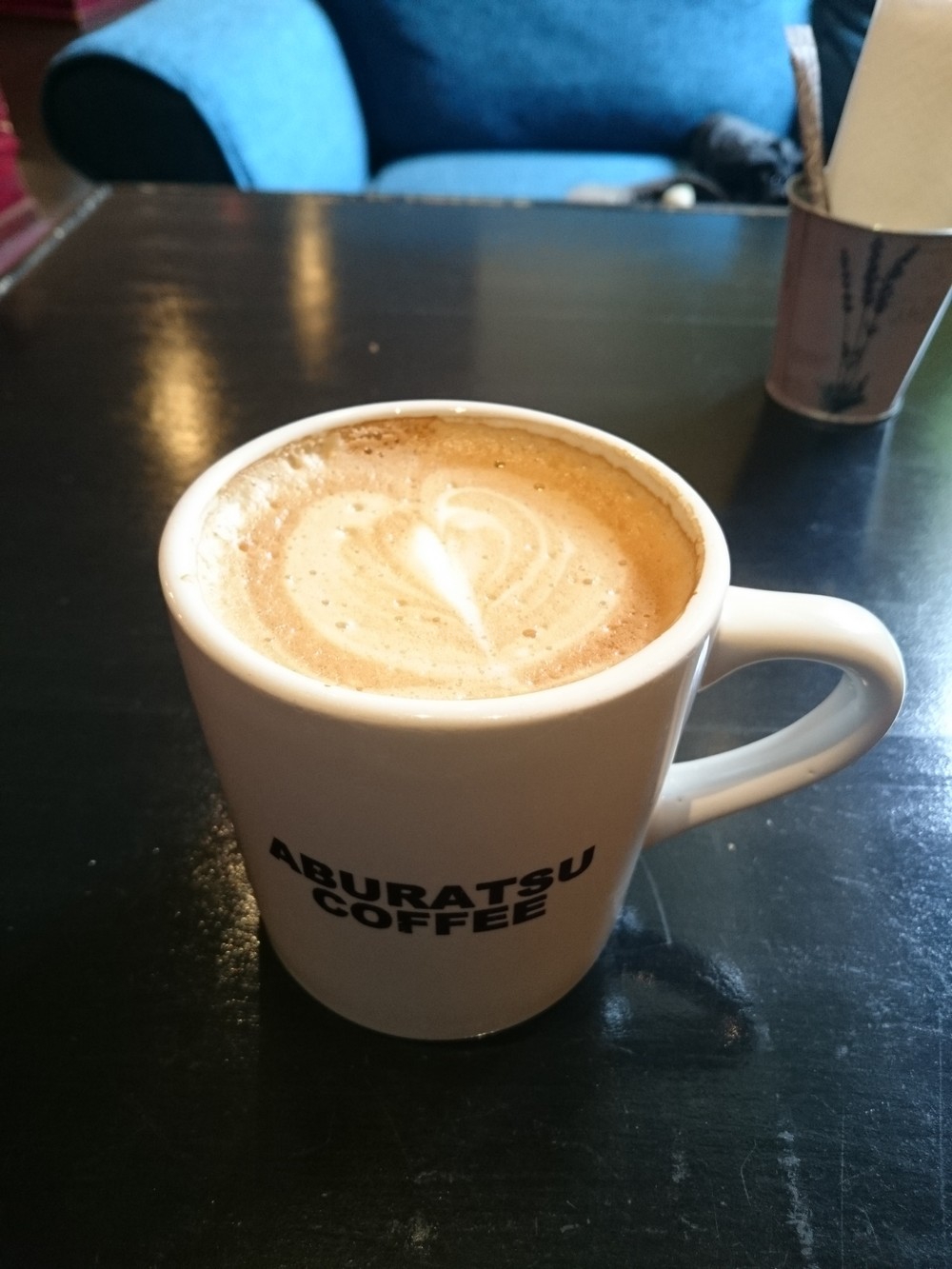 How do you find it? It may be a good place to hang out regularly (perhaps it is a hangout for locals).