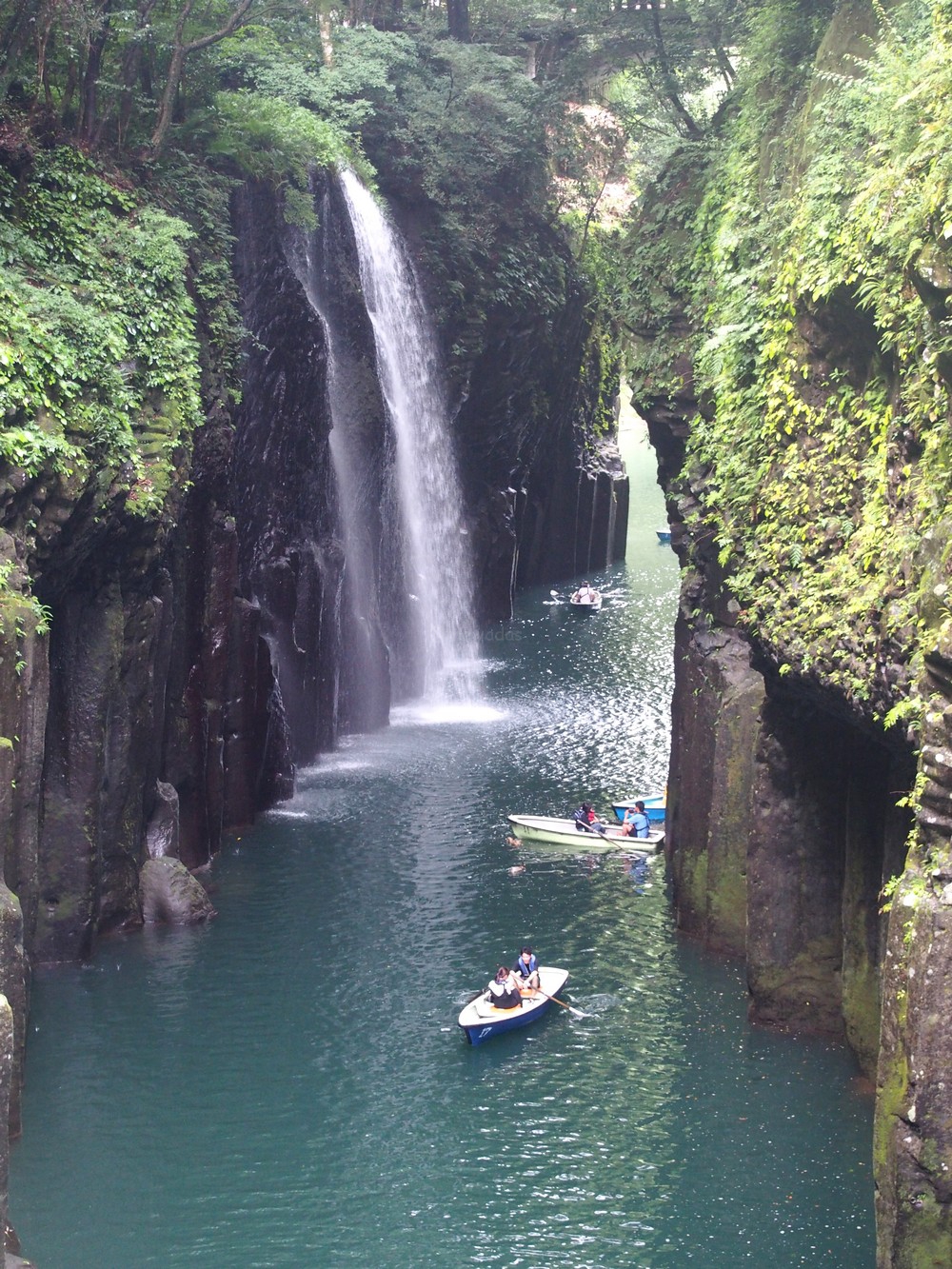 Takachiho Town is in Northern Miyazaki, about 2-hour drive from Miyazaki City, considered one of Miyazaki’s most popular sightseeing spots. It is said this is made by volcanic ash and rocks from Mt. Aso that erupted long ago.

There are rental boats available until 16:00 but they are limited. You would have to come in very early (no reservation accepted) especially during the holidays. The day we visited, it was already full for the rest of the day! (the last person would have to wait for 3-4 hours still!). Well, we still could take nice photos without being on a boat! 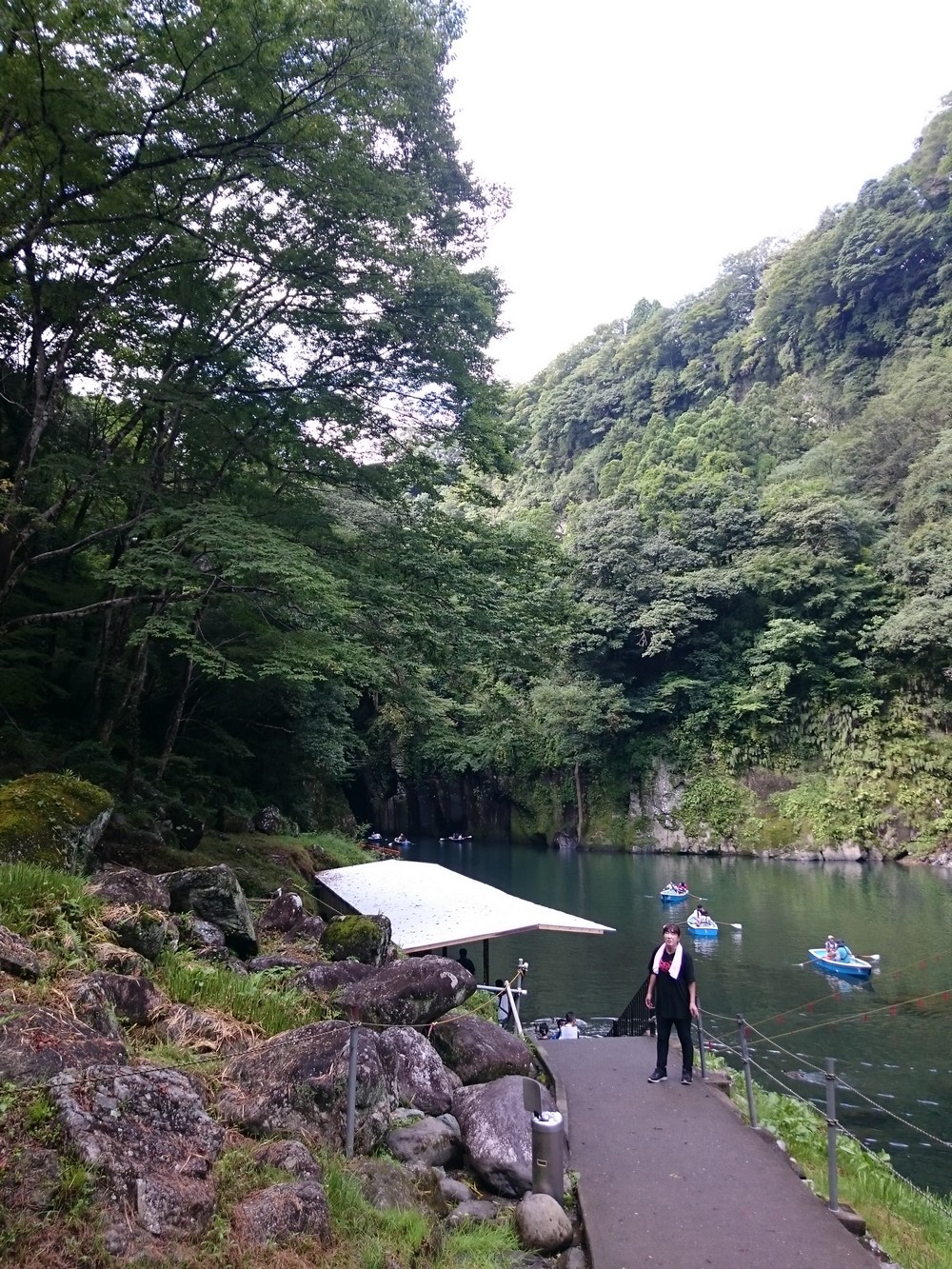 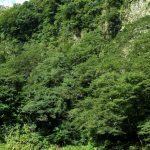 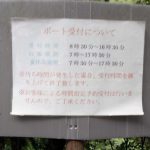 You could spot the boats from above (bridge). Even just watching the river brings me some breeze. Oh but be aware that many cars and buses pass by. 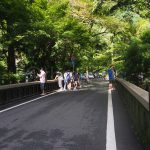 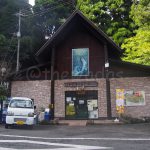 We would have a seat and grab something to eat beside the pond. I was amazed how the water is clear like a mirror! Look at this! 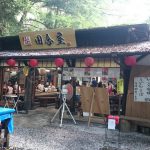 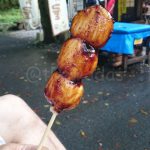 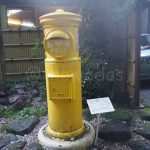 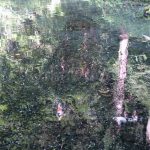 Trail Along the River

Oh hey, there’s a trail. It may take 30 minutes one way. We would try but sudden squall hit us, so we’d have to give in and return. Perhaps another time… 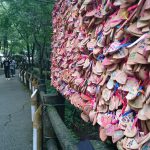 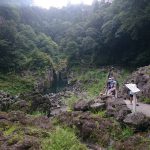 A long way to go. 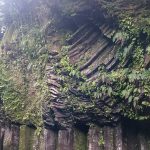 How do you find it? It is a nice place for getting the chill in summer. Please swing by if you get a chance. 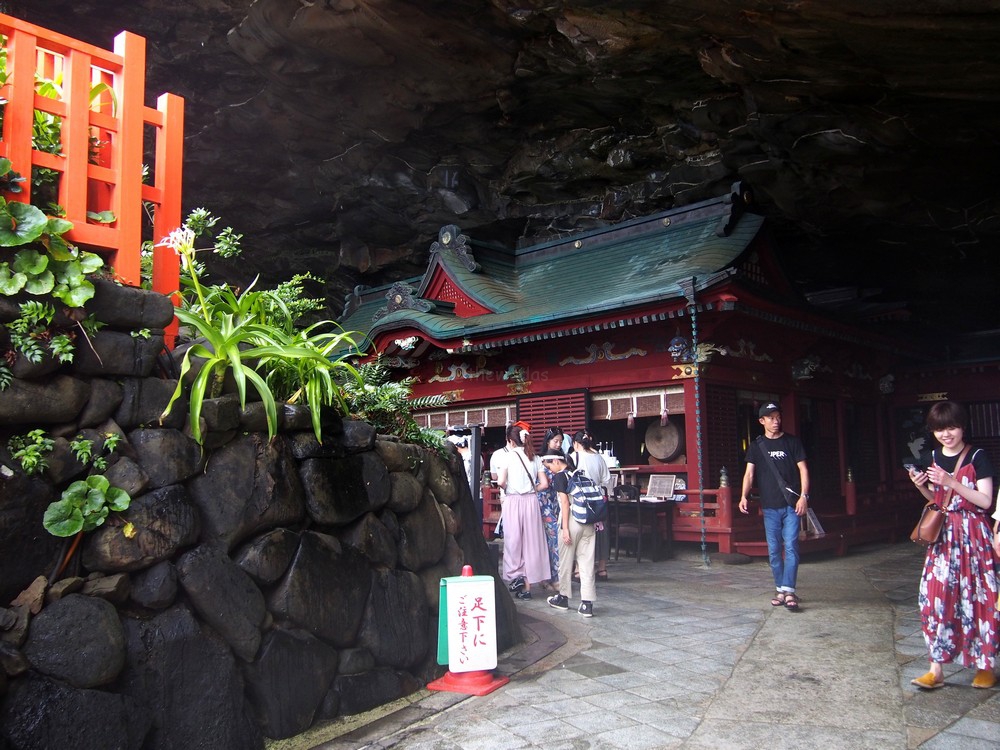 Hello world. It’s Mr. Wada back on duty. I would like to share our trip to Miyazaki Udo Shrine in Nichinan City.

Nichinan is a small city in Southern Miyazaki Prefecture with population of about 50,000, but don’t underestimate. There are a bunch of cool places to visit like Miyazaki Udo-jingu Shrine. Believe it or not, this is inside the cave! It’s like a half-hour drive from central Nichinan.

Walk through the entrance gate and there’s a path towards the shrine. Basically it’s admission-free (if you would like, there’s a donation box near by). 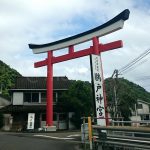 On the way to the shrine. 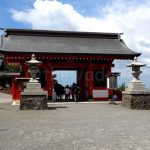 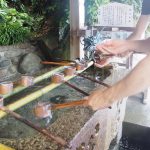 Clean your hands before entering. 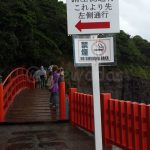 Walk on the left. 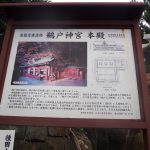 Description of the shrine 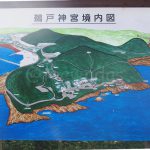 Map of this area. 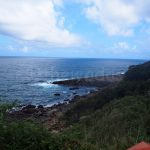 Nichinan is known for its beautiful sea as well. 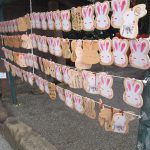 Seems like rabbits are special for this place. I see lots of statues and Emas with wishes.

It’s right down stairs. These rocks remind me of Senjojiki Rock Formation in Shirahama City (Wakayama Prefecture) that I have previously featured. That’s one of wonders of nature.

Here we are. The Miyazaki Udo Jingu Shrine. People lineup for throwing coins and praying but if you aren’t into it, you can skip it and explore already. 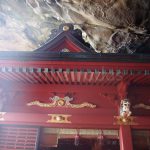 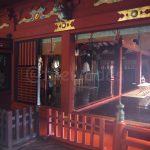 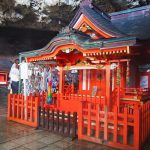 Feel like playing some game? Throw the balls to the rock down there. You would be blessed by getting any ball on it. (it costs 100 yen for three balls)

I screwed! However my friend made it. (damn!)

Here is a nice cafe around the entrance gate. The best location for your thirst! (especially in summer) However, a little crowded and chairs are few. We had to stand at the table like at a bar. Well, no big deal.

It’s got a souvenir store next door. It may be good for checking out after sipping a drink. 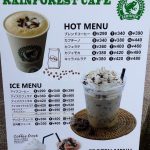 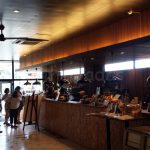 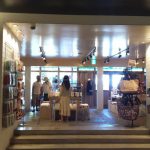 A souvenir store is in the same building.

Alright. Let’s call it a day.

How do you find it? Even if you aren’t so into shrines, this place gives some breeze. Please take a visit if you get a chance.