Howdy? Been stuck in kitchen lately as you see. Allow me to get some fresh air this time. There’s been this Kissaten (old style Japanese cafe) called Honky Tonk for literally decades in Okayama City. 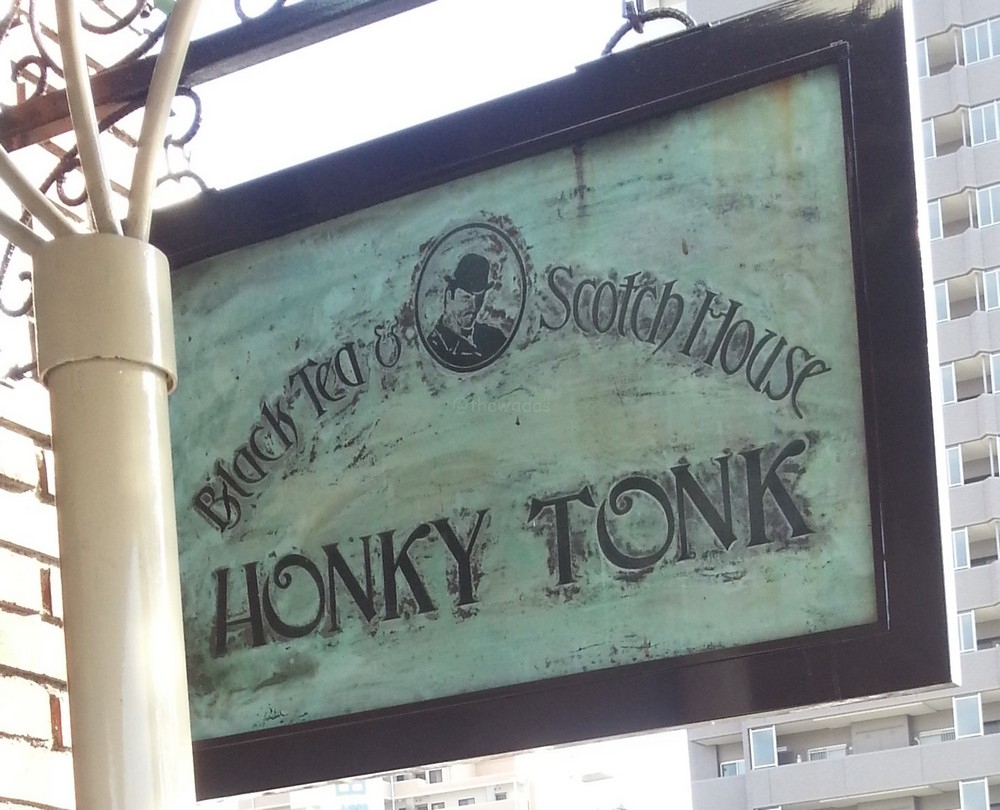 I’ve passed by more than a thousand times but never made it for a drink. Well, it just doesn’t look like for kids. Anyway I am a grownup now, so I should be qualified finally.

Grabbing a coffee in Japan

It actually does look cool, doesn’t it? Though sure a seventeen-year old Yoshi (me) wouldn’t have been brave enough to enter such a place for a cappa joe. As you enter, its own coffee bean roaster welcomes you. Cool. 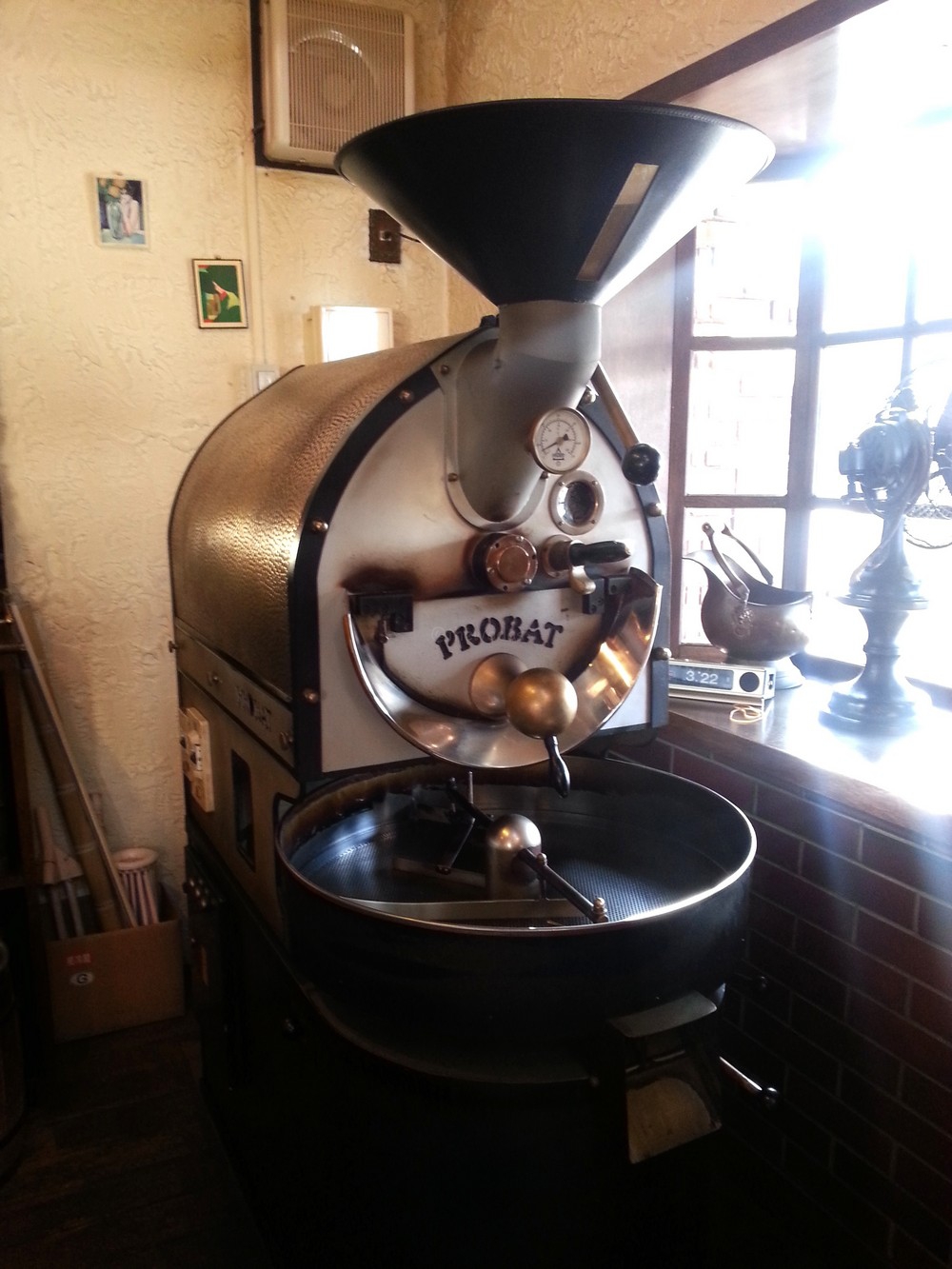 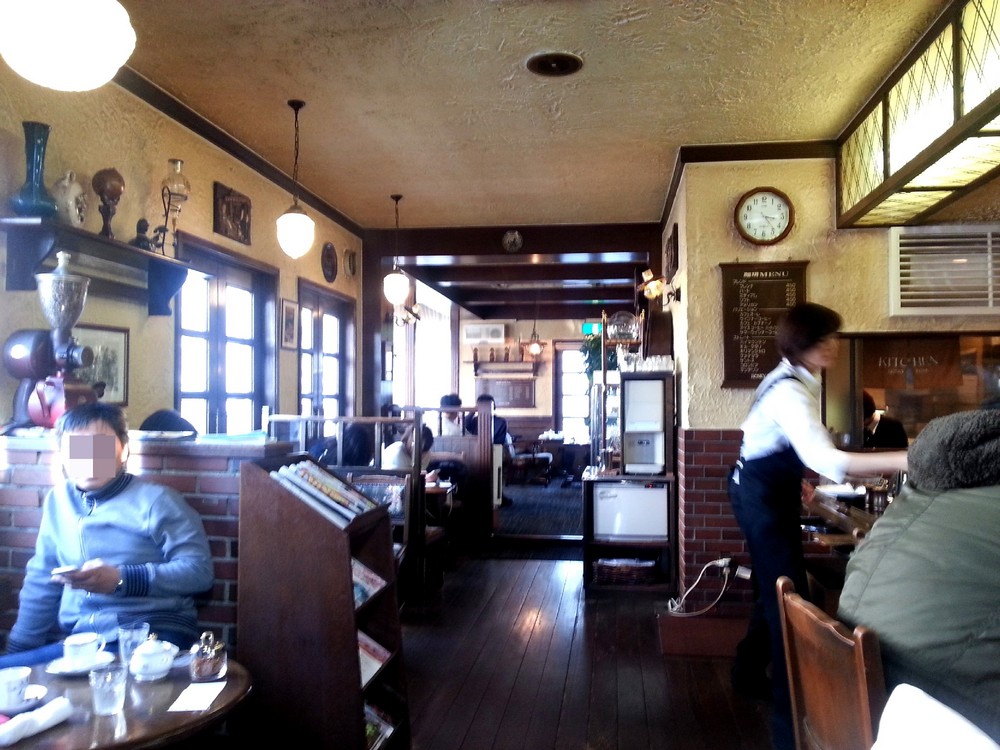 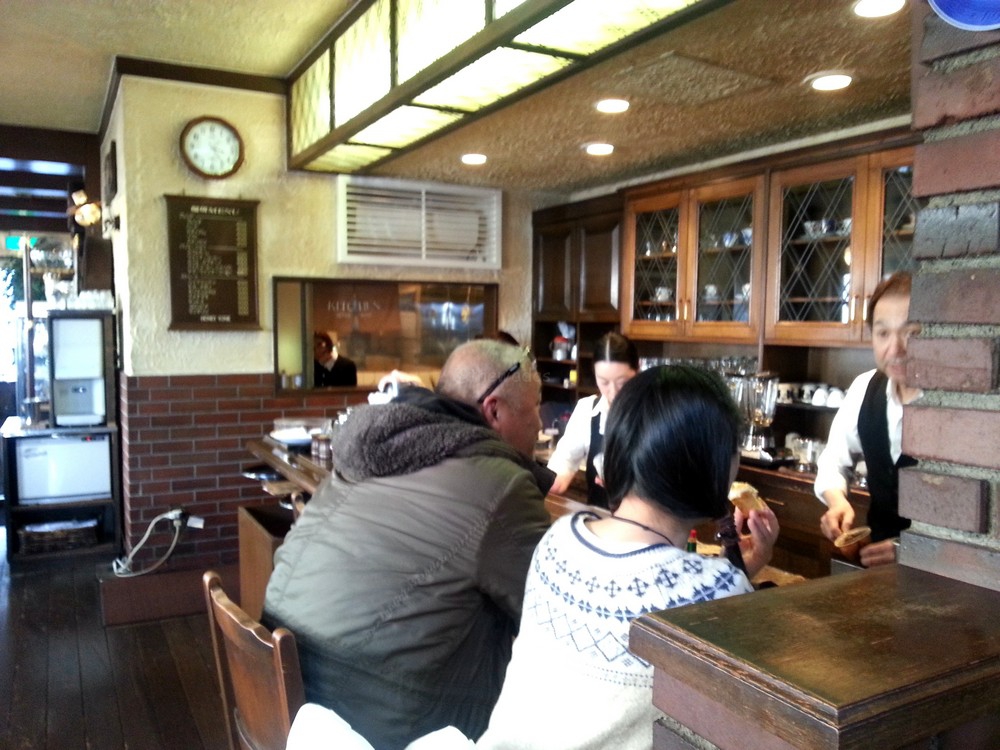 Shop’s counter: It might be a good idea to seat at this area if you want to keep a distant from tabacco smoke. 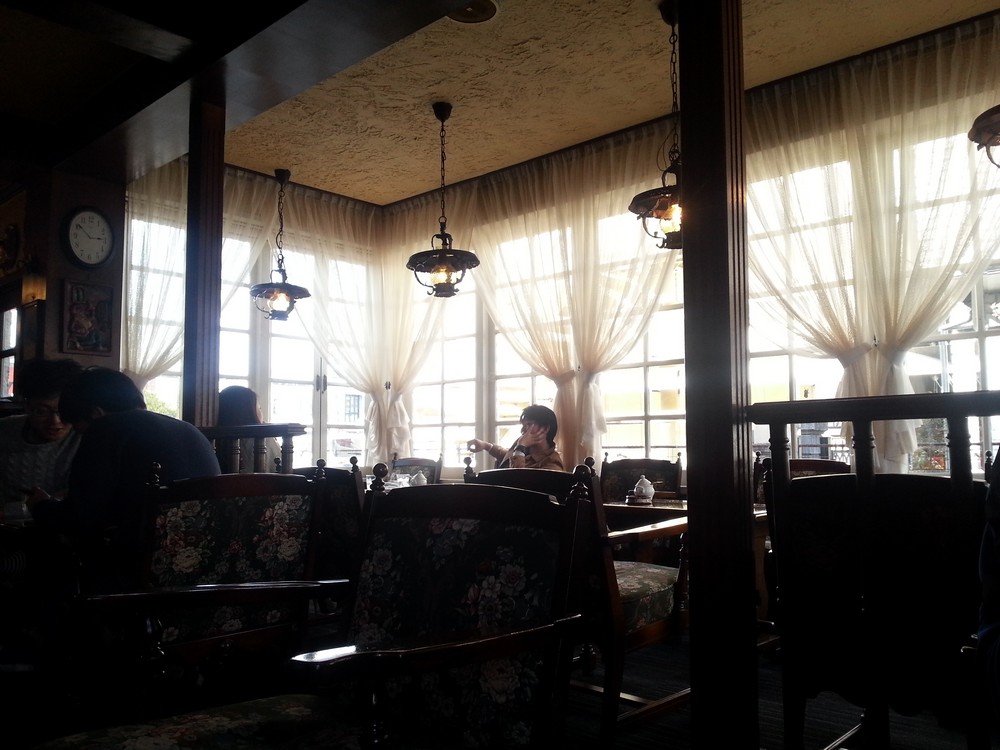 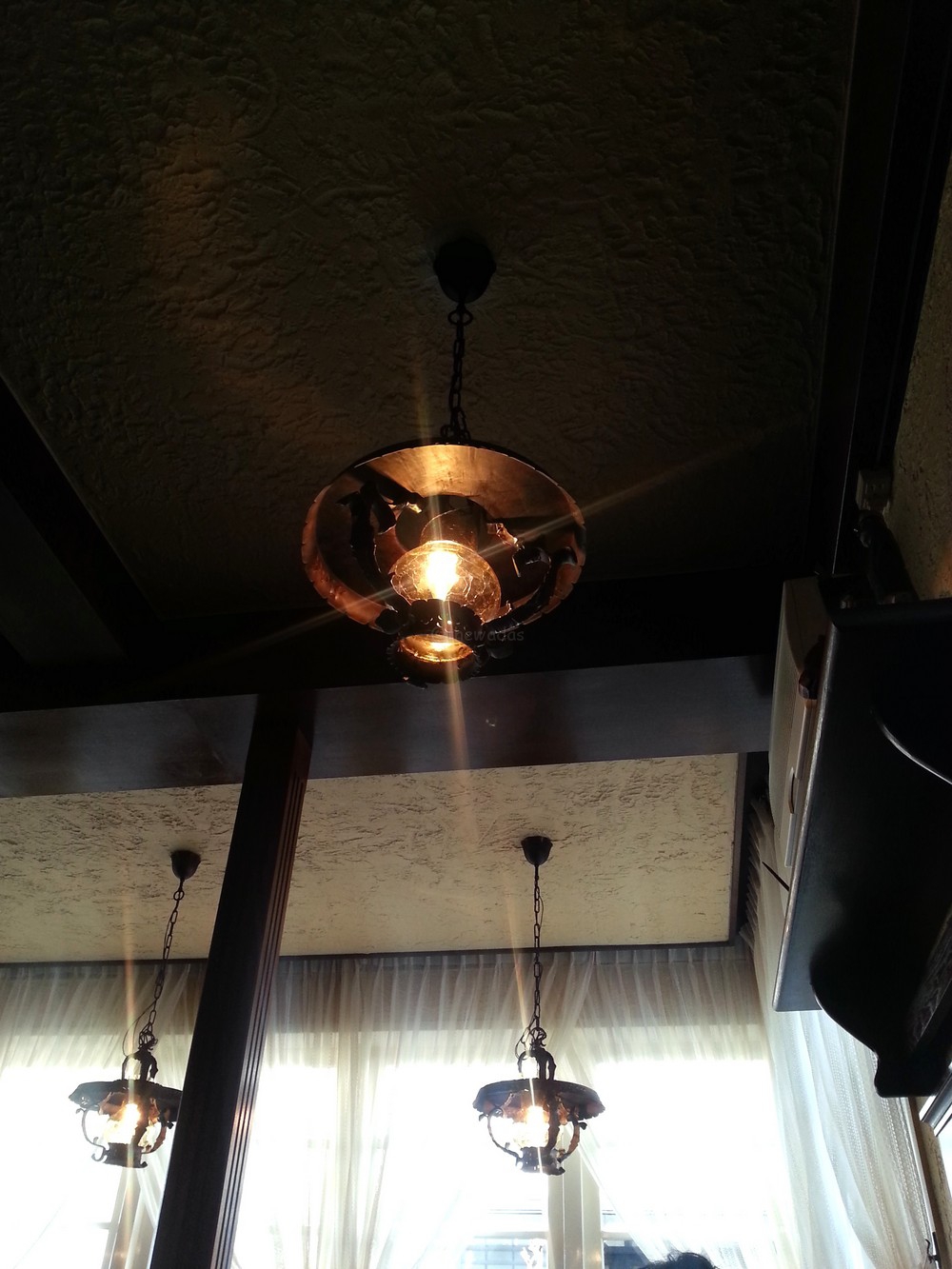 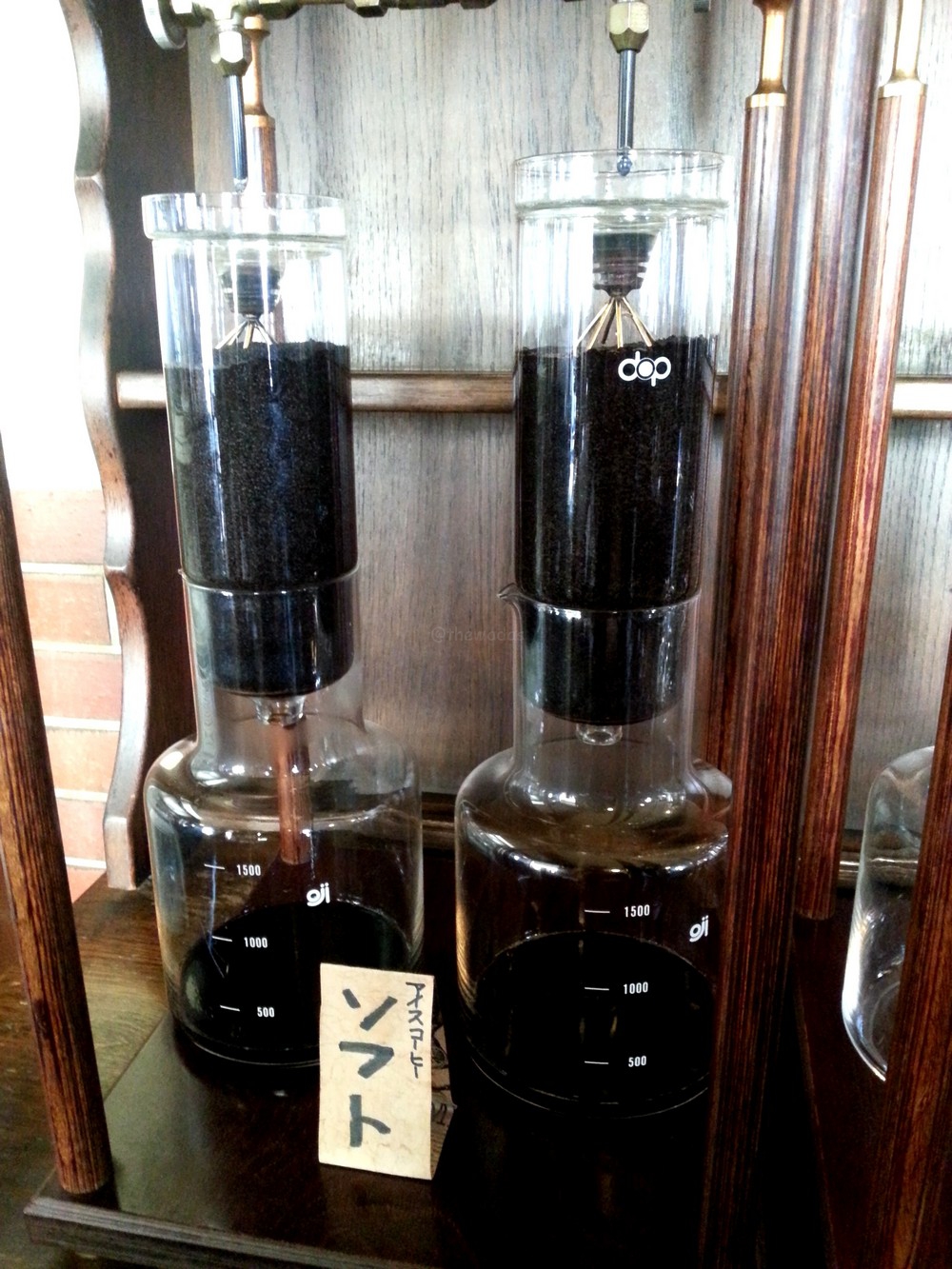 This is one got me really excited. (Ren) 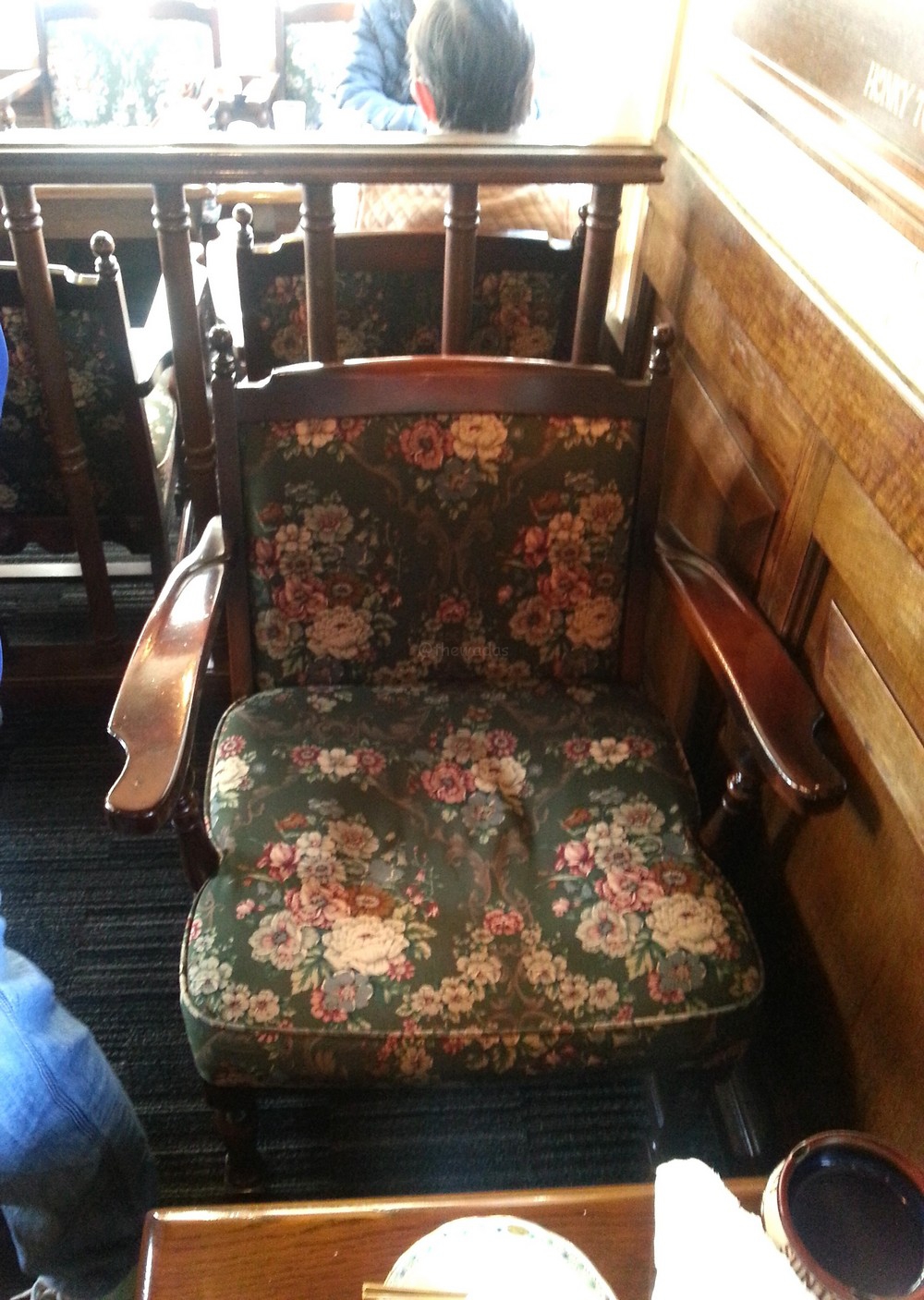 The cafe is filled with antique furniture.

I shall have a seat now.

Ren (Mrs. Wada) got specialty coffee called Cleopatra. I got one called Mocha Matari together with a baked cheese cake. 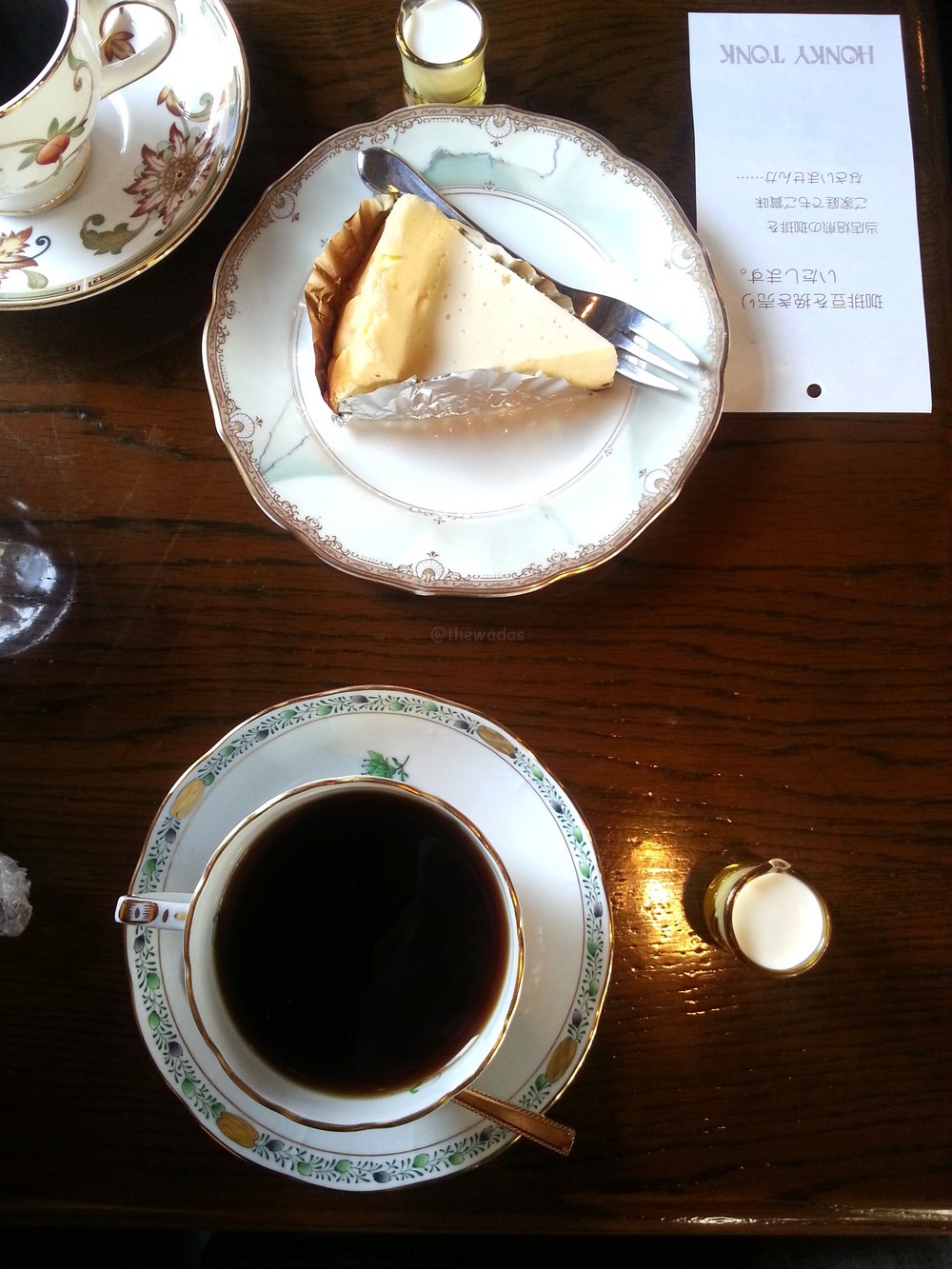 My coffee had bitterness and heavier aftertaste than my regular coffee (sorry I don’t know how to describe coffee). On the contrary, Ren’s coffee had more (good) sourness so it sorta worked pretty well with sourness of the cheese cake, I think. Good combination. 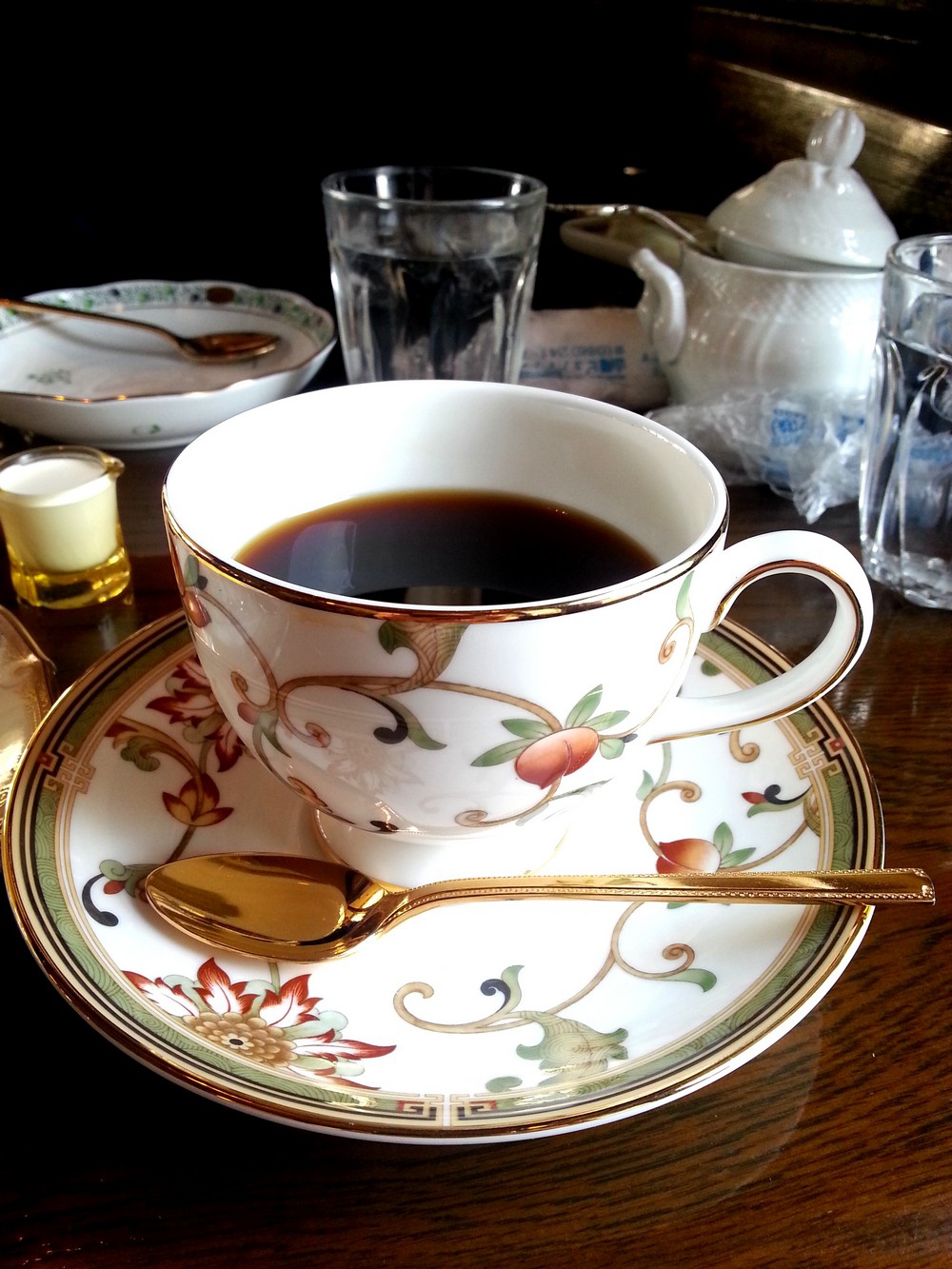 Gorgeous cup and saucer with a golden spoon 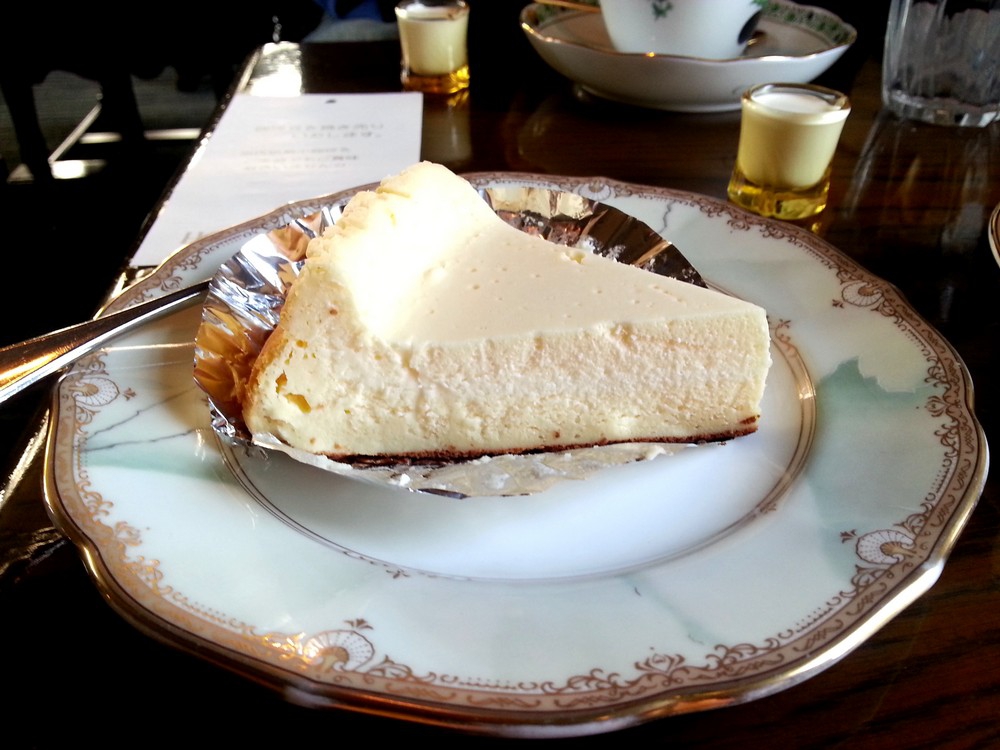 Note:
Turns out smoking is allowed at this cafe (not in a separate room). I was a little surprised there is still such a place in this era! Be warned if you don’t smoke.

We liked both drinks and food but the smoke. Unfortunately, I’d have to deduct many points. We will keep looking for more cafes and report here. Stay tuned.