Yo buddies. It’s Mr. Wada back on duty! It’s been rainy last few weeks but in general I love this season the most. I believe you are enjoying the season as well. It seems that I’ve been showing you around my neighborhood.

Well, that’s a part of adventure. I’ll take you a bit deeper this time. In other words, super local.

Have I mentioned about Okonomiyaki before? Ah, yes, a little bit in the post of Miyajima, Hirohima.

You know, it is one of the popular Japanese foods. Japanese pizza or pancake, whatever you call it. I will show you how a private Okonomiyaki restaurant looks like. There has been an Okonomiyaki resto nearby my workplace. You wouldn’t notice from the main road but yeah, it does exist. 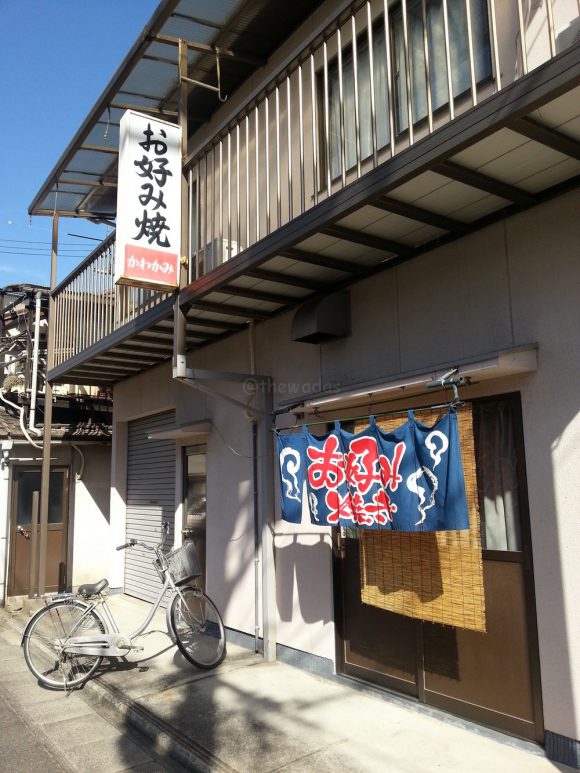 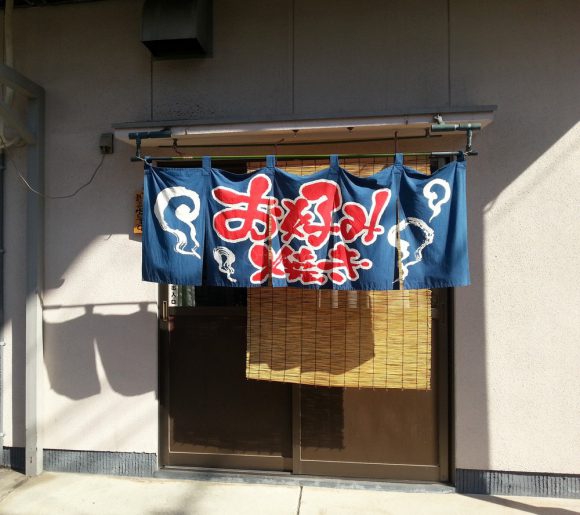 Can’t even tell if it’s open by a glance. Though, it seems open.

Open the door and it’s a tiny room with bunch of people (couldn’t take a photo). A woman over the giant Teppan plate seems to handle all. We sat and we’re going get a couple of Okonomiyaki for three of us (it was with our friend) but she suggested to get just one and see if it would be enough. Hm? Would that be that big? OK….we’ll see.

She started cooking just in front of us. 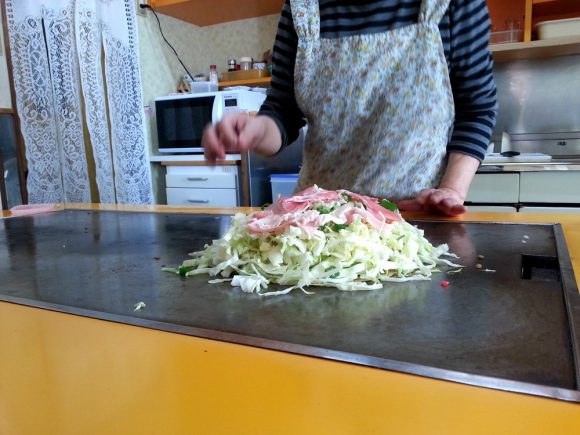 Lots of cabbage and some noodles. It must be Hiroshima style! 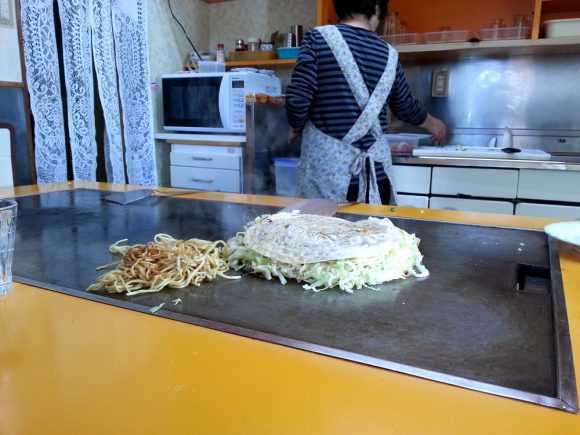 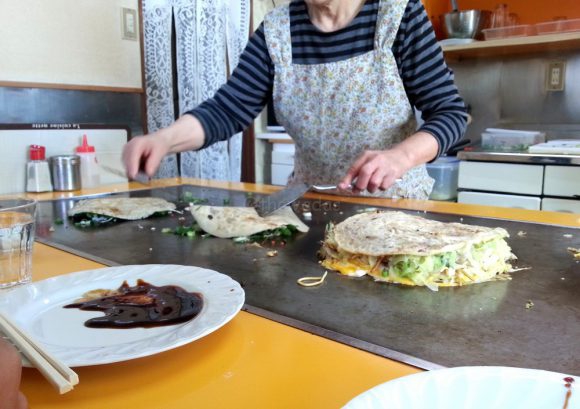 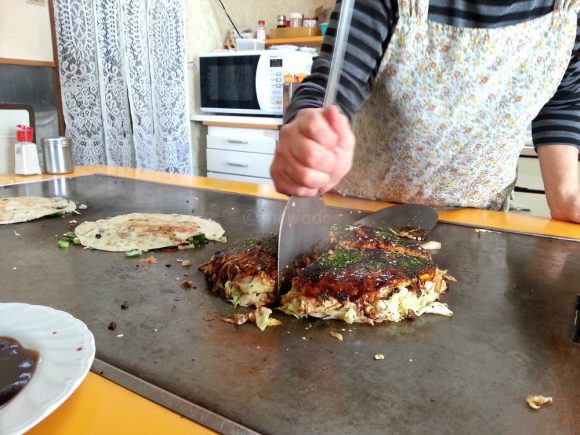 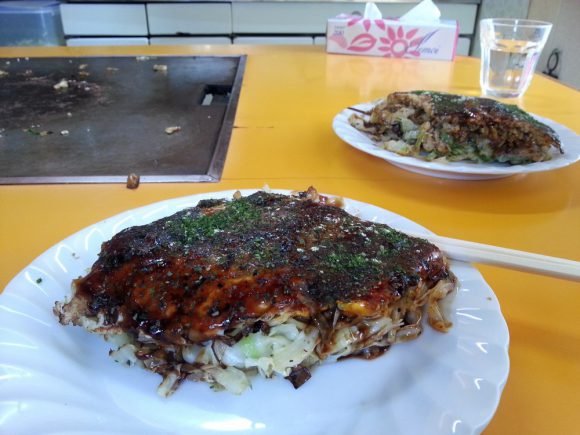 Quite big, isn’t it? 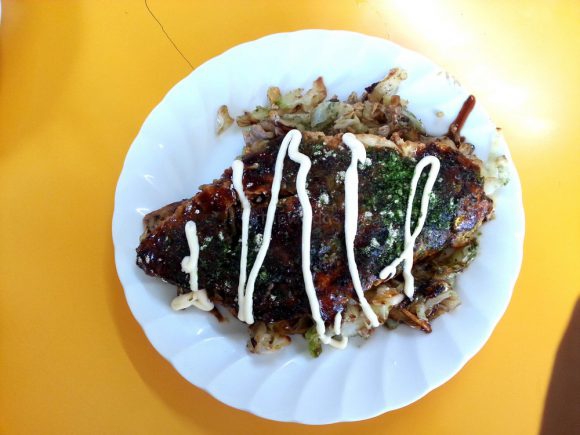 It tasted good and yeah it was kinda big. But we still would want a bit more. I asked her to make us a Negiyaki.

It’s a different version of Okonomiyaki but with green onions instead if cabbage. 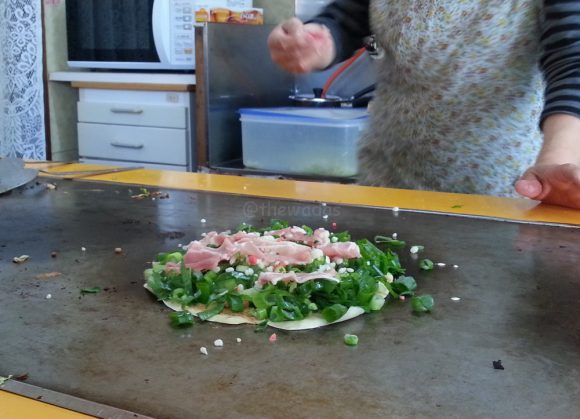 Look at that green onions! 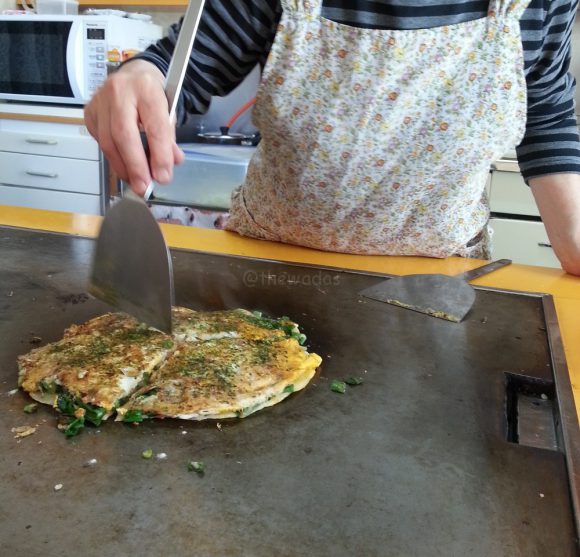 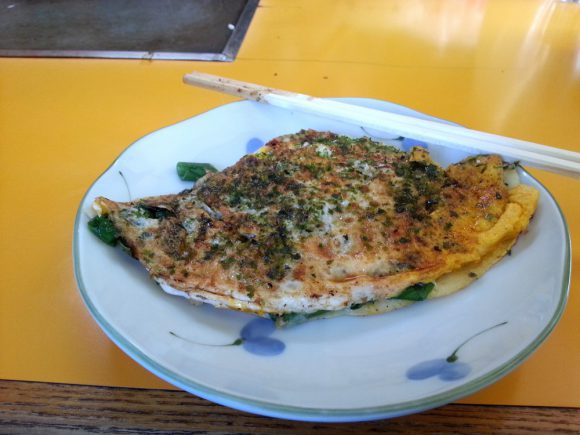 Had it with soy sauce. Nom nom. Yummy! She told us these veggies are from her garden. Wow. Cool. Alright, I’m now full. We might stop by sometime again.

I swear we didn’t beg or anything though, she offered us these persimmons. How kind is she? Anyway, we had no reason to refuse free stuff. Hehe. 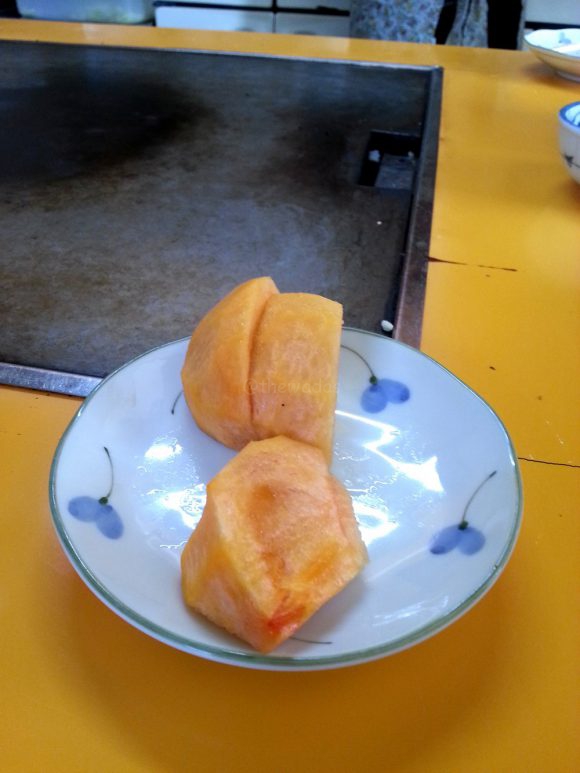 My favorite crunchy one!

It’s unlikely for me to take some courage entering a franchise restaurant. I’d feel a little more nervous to open the door of places like this (probably more pressure for foreigners). But once you are in, the whole new experience is waiting for you! I suppose you should try one of those while in Japan! Try local, support local!