Hi there. It’s Mr. Wada back on duty. I would like to introduce the Kinojo hiking trails in Soja City.

Kinojo (鬼ノ城) is a ruins of a castle that lays on Mt. Kinojo. It is known as a model of the Ura (orge) castle from the Momotaro tale. Aside from that, its history remains a mystery since there is no record about this place but it is said that it was a fort built in the late 9th century.

We picked one of the hiking trails that goes around the Kinojo (the pink part in the photo below). It is supposed to take about 1.5 hours. 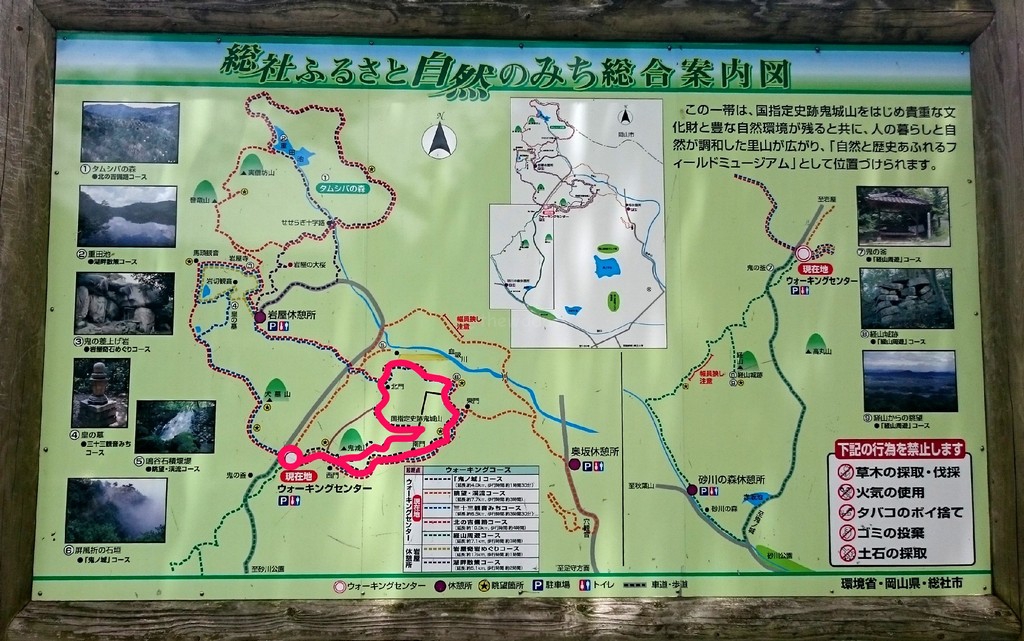 Grab a stick and we are off to go! 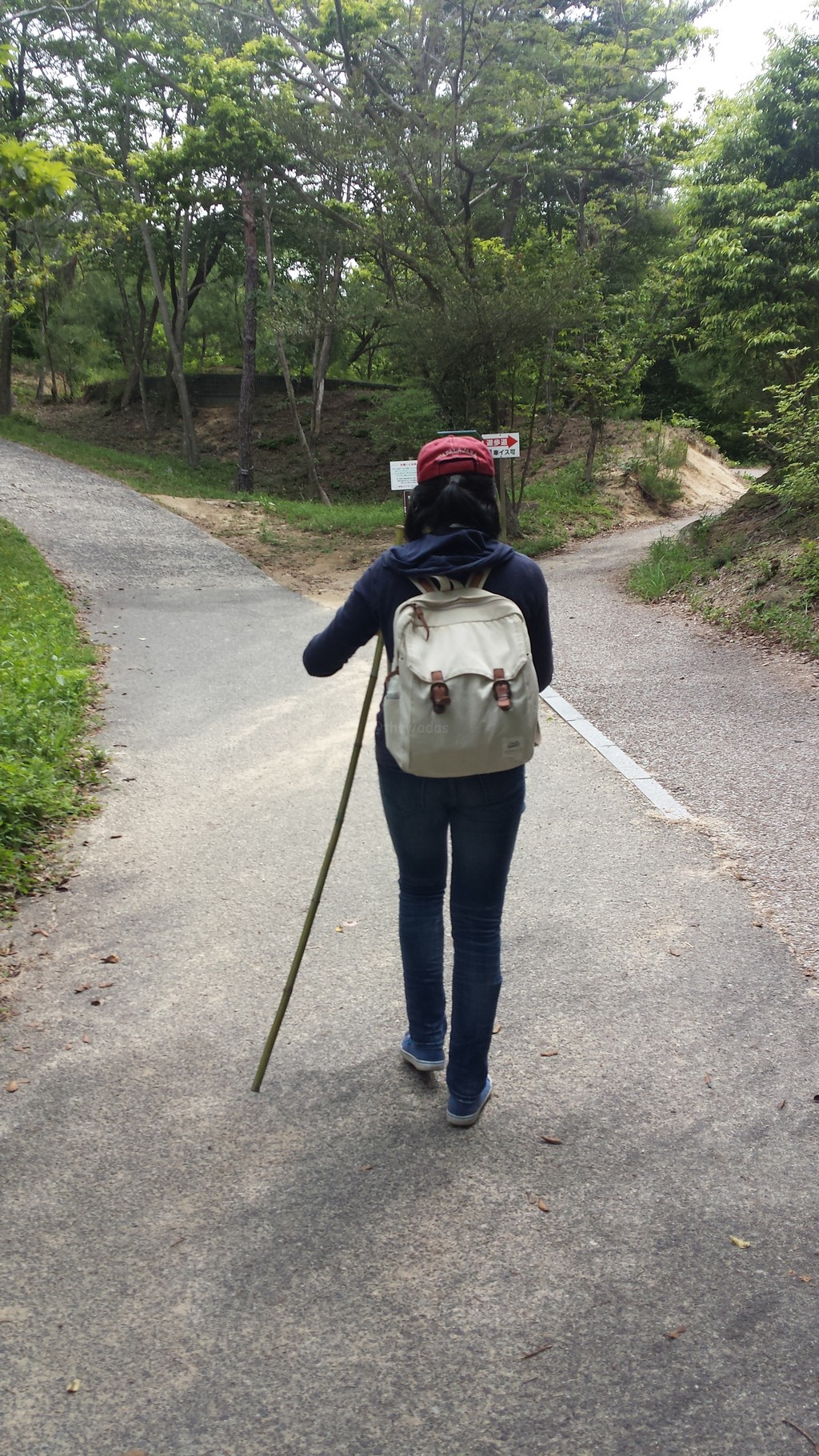 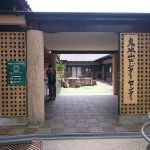 The vistor center. You can get the maps etc. 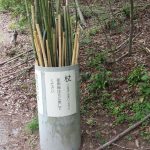 Pick your own stick! 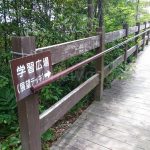 Way to the viewing spot.

See the architecture over there? That’s the ruins. 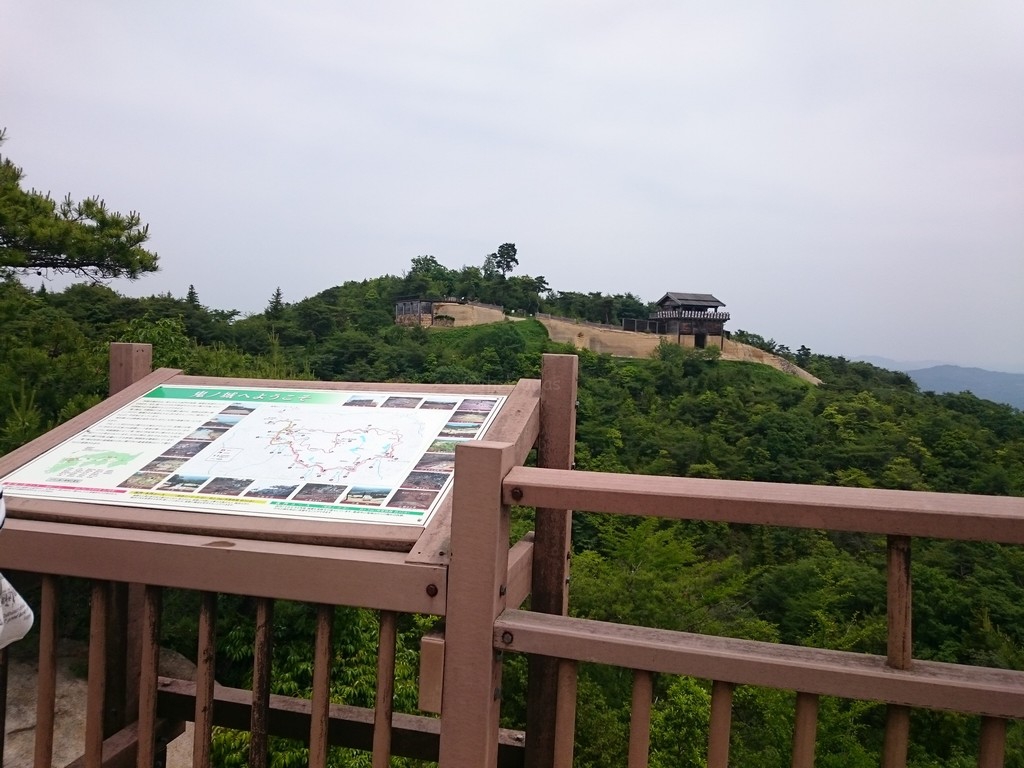 The West gate. There are four gates (North, South, West, and East) around the ruins and they were all rebuilt later on. 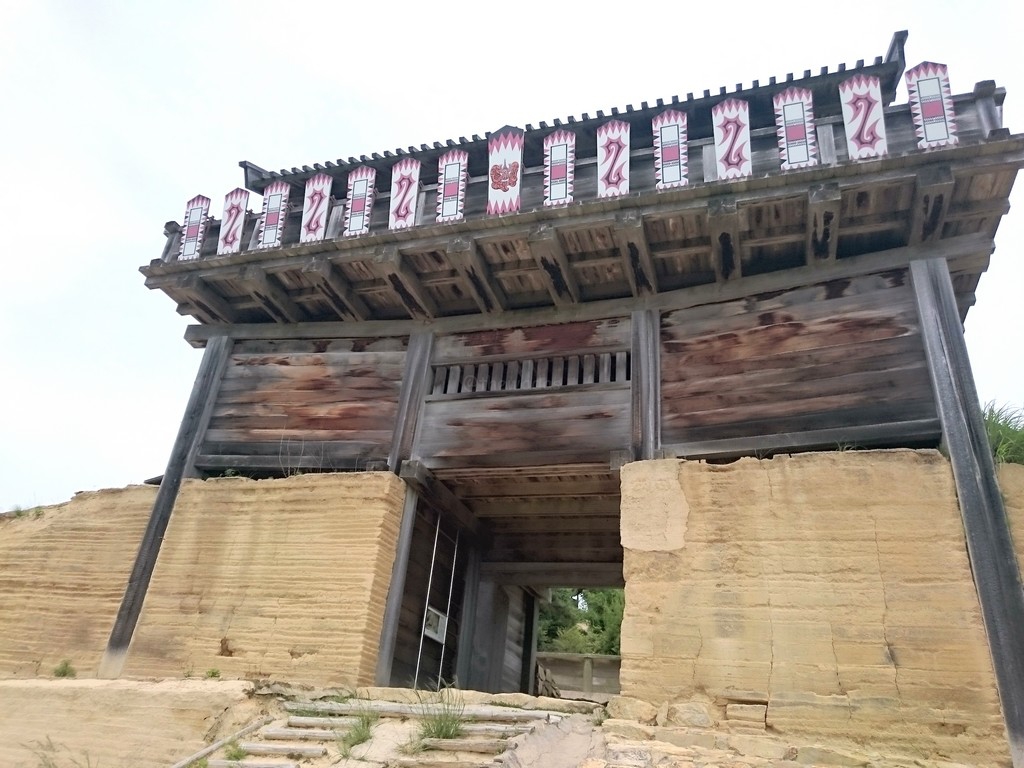 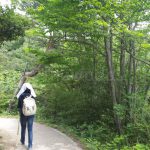 Walking in the green. 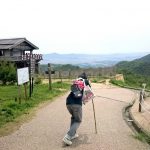 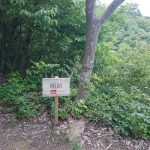 There are signs not to get lost. 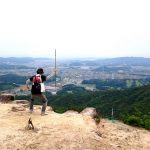 Scream and relieve your stress! 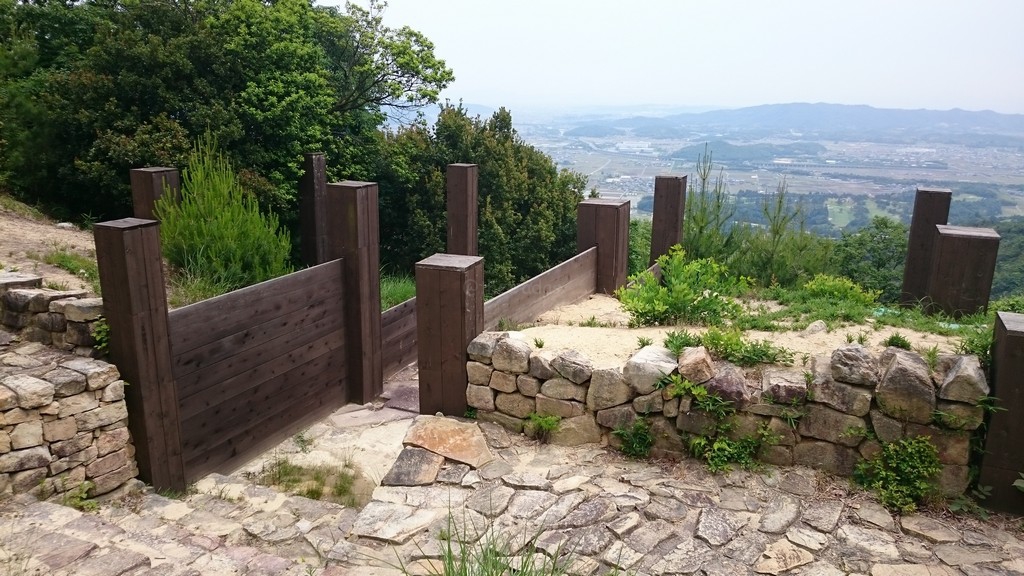 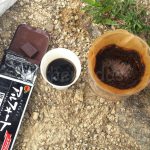 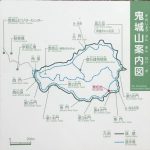 About at half way. 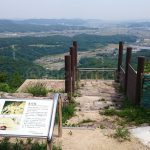 Breezy. The entire Soja City can be seen. 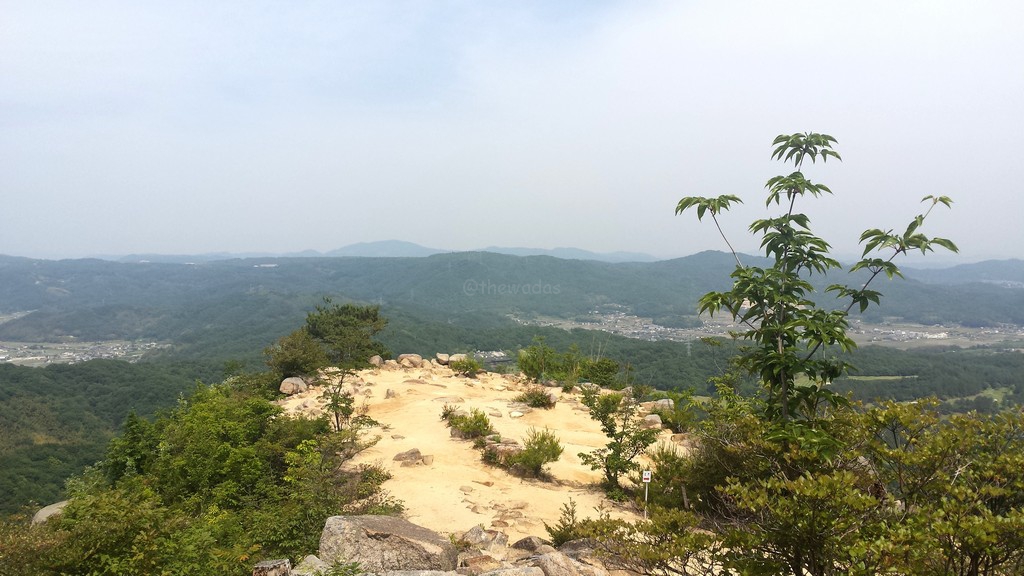 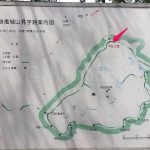 Getting closer to the end! 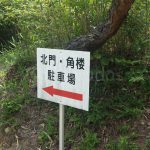 This way to the North gate. 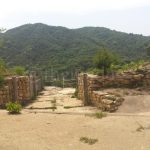 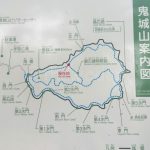 Oh we are back to where we started! (pant pant) 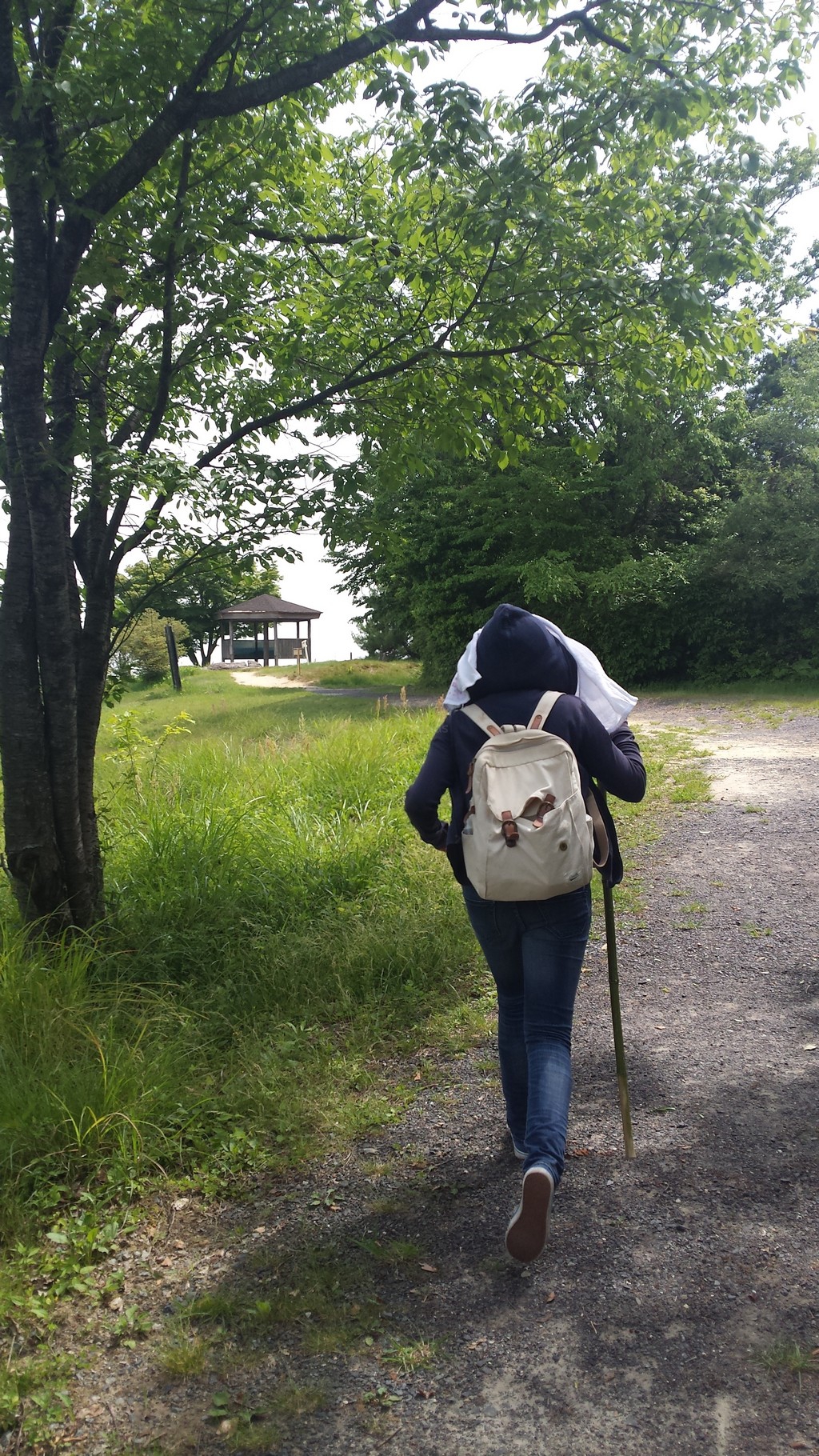 Note:
Ren (Mrs. Wada) saw a snake passing by. But do not freak out. Keep watching your step. They won’t attack unless you offend them.

How do you find it? It was a little hard but still nice for rehab. Hehe. It took us like 2 hours with coffee time on the way. Just like Green Shower Forest where I’ve previously featured. I found walking around ruins is fun. Hope you enjoyed.